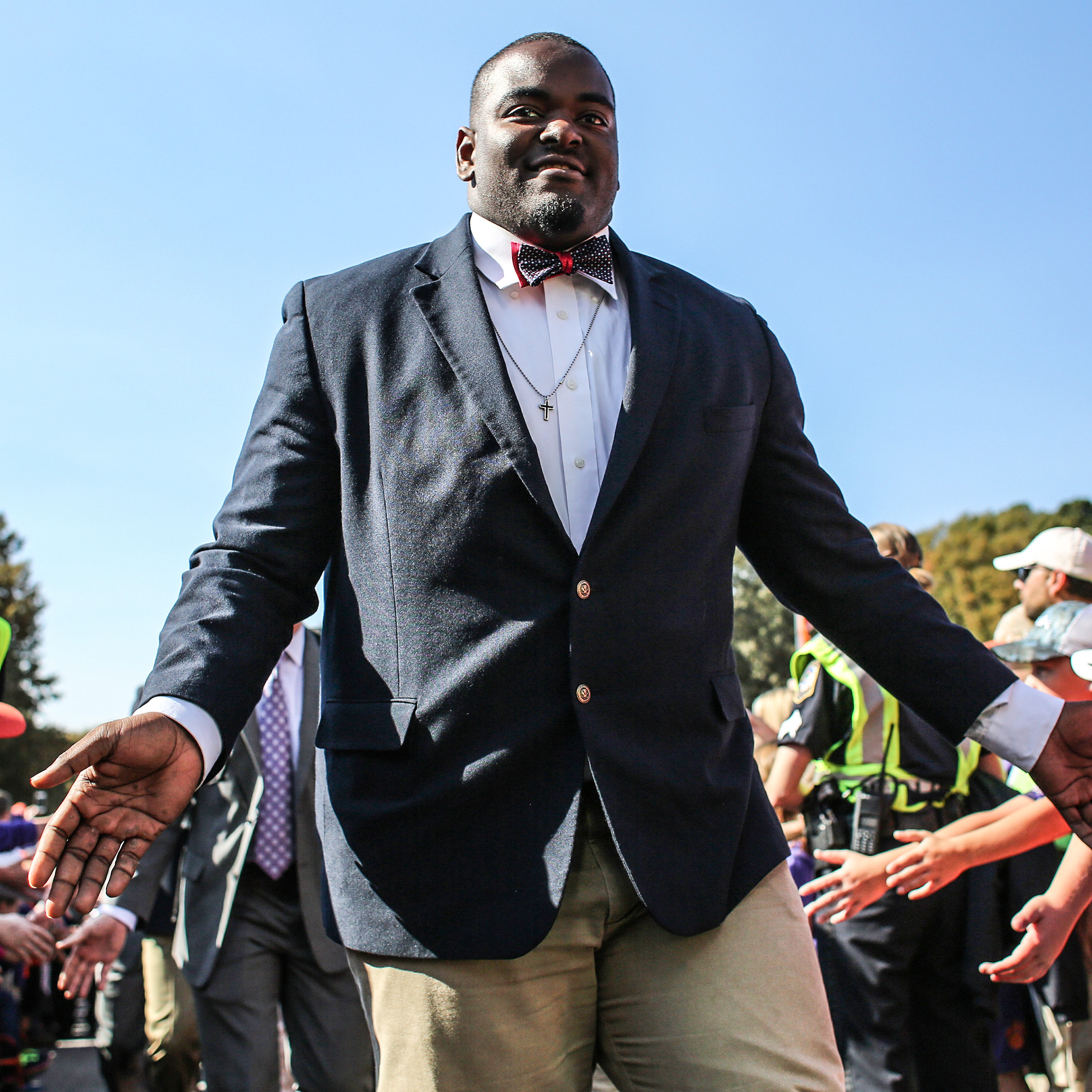 Clemson, S.C.—Clemson linemen Tyrone Crowder, Mitch Hyatt, Dexter Lawrence and Christian Wilkins have all been named to the Preseason 2017 Outland Trophy Watch List. The award is presented each year by the Football Writers Association of America to the top interior lineman in college football.

Clemson and Washington lead the nation with four selections to the list, two on offense and two on defense. Alabama is third with three selections.   The ACC led all conference with 17 selections, six more than the Big Ten and SEC.

Wilkins is one of four returning first team All-Americans according to the Football Writers Association.

Wilkins and Lawrence will form one of the top defensive tackle combinations in the nation. Wilkins was a first-team All-American end last year, but will move inside as a junior.   He was a finalist for the Nagurski Award last year. Lawrence was the ACC Defensive Freshman of the Year and was a unanimous freshman All-American. Both have been named preseason All-Americans for 2017.

The Outland Trophy winner is chosen from three finalists who are a part of the annual FWAA All-America Team. The FWAA All-America Committee, after voting input from the entire membership, selects a 26-man first team and eventually the three Outland finalists. Committee members, then by individual ballot, select the winner. Only interior linemen on offense or defense are eligible for the award; ends are not eligible.

The list will be trimmed to six or seven semifinalists on Wed, Nov. 15. Six days later, three Outland Trophy finalists will be named by the FWAA. The winner of the 72nd Outland Trophy – named after the late John Outland, an All-America lineman at Penn at the turn of the 20th century, will be announced live on ESPN at The Home Depot College Football Awards on Thurs., Dec. 7. For the third straight year, the show will air from the National Football Foundation’s College Football Hall of Fame in Atlanta.