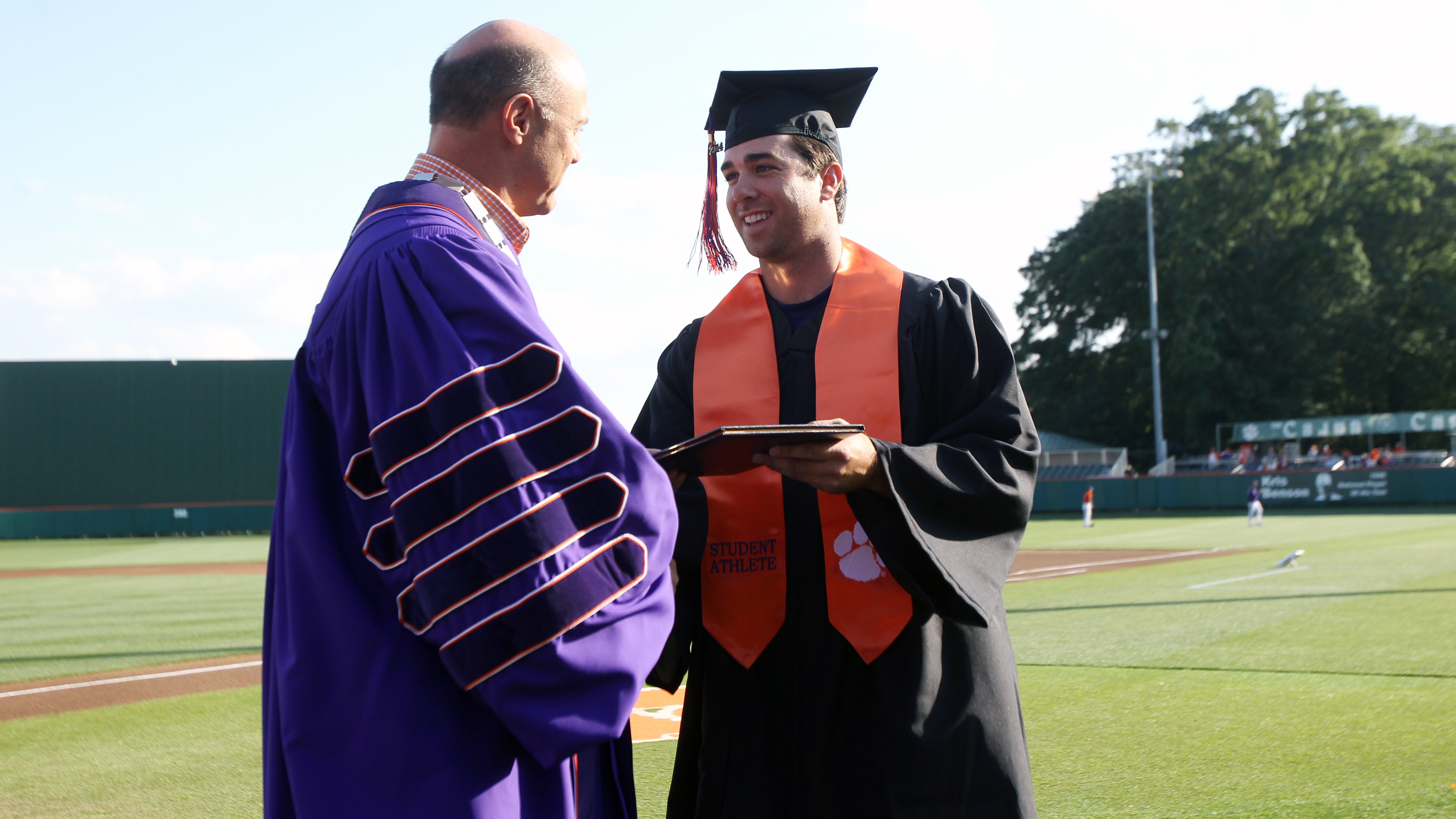 CLEMSON, S.C. – Clemson placed four players on the 2014 All-ACC Academic baseball team, released Thursday. To be eligible for consideration, a student-athlete must record a 3.0 GPA the previous semester and maintain a 3.0 cumulative GPA during his academic career.

Senior righthander Matt Campbell (parks, recreation & tourism management) earned All-ACC Academic honors for the third time. Campbell graduated in May after a stellar career as a reliever. In 108.2 innings pitched over 78 relief appearances and four seasons, he had a 7-3 record, 19 saves and a 2.73 ERA while allowing 66 hits (.175 opponents’ batting average) and 54 walks with 134 strikeouts. He is second in Tiger history in hits per nine innings pitched (5.47), second in strikeouts per nine innings pitched (11.10), third in saves and tied for fourth in relief appearances. Campbell was a ninth-round draft pick by the Dodgers and signed in June.

Sophomore lefthander Matthew Crownover (communication studies) and sophomore outfielder Steven Duggar (parks, recreation & tourism management) were named to the All-ACC Academic team for the second time in as many years. Crownover was a Third-Team All-ACC selection in 2014 after going 8-6 with a 2.90 ERA in 17 appearances (16 starts). Duggar was a Third-Team All-ACC pick in 2014 who hit .294 with 36 RBIs and 25 steals, tied for second in the ACC.

Sophomore Tyler Krieger (parks, recreation & tourism management) was named to the All-ACC Academic team for the first time in 2014. He was a Second-Team All-ACC selection who hit .338 with 32 RBIs and 19 steals. He led or tied for the team lead in batting average, runs (49), doubles (18), on-base percentage (.410) and sacrifice bunts (6).