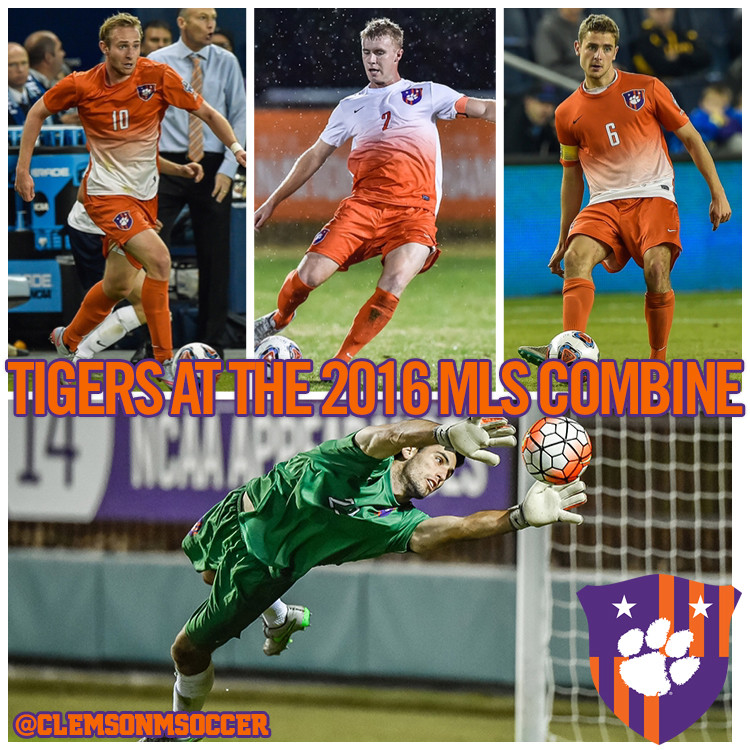 CLEMSON, S.C. – Four members of the 2015 national runner-up Clemson men’s soccer team are in Ft. Lauderdale, Fla. from Jan. 8-12 for the 2016 adidas MLS Player Combine. Three seniors, T.J. Casner, Paul Clowes and Kyle Fisher, and redshirt junior Andrew Tarbell, who signed a Generation adidas contract with the MLS on Thursday, are in action at the combine.

All four players played integral roles in the Tigers’ impressive 2015 campaign, which concluded in the finals of the College Cup on Dec. 13 in Kansas City, Kan. Fisher anchored a stalwart Clemson back line, while Clowes was the organizer, starting all 24 games at the holding midfield position. Tarbell started every game in goal for the Tigers and recorded an ACC-best 84 saves, and Casner led the team in scoring with 10 goals and four assists for 24 points.

The four Tigers are part of a group of 72 players in attendance at the MLS Player Combine. The group will be split into four teams and will play three doubleheaders, on Jan. 8, 10 and 12, at the Central Broward Regional Park. At least one member of the technical staff of every MLS team will be in attendance at the combine, scouting the players in advance of the 2016 MLS SuperDraft, which will be held next Thursday, Jan. 14 in Baltimore, Md.