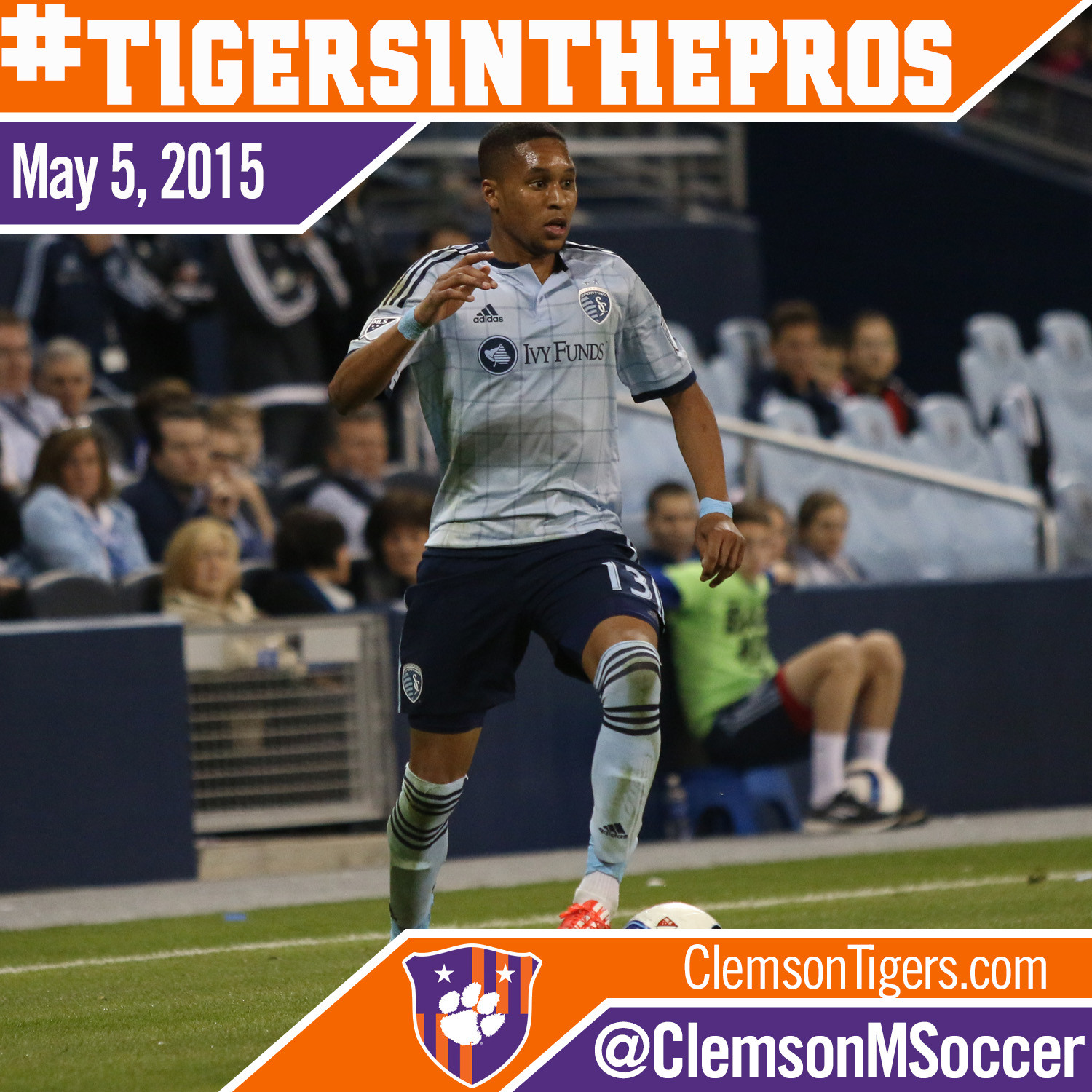 Manolo Sanchez scored his first professional goal in his fourth consecutive start for the New York Red Bulls II this weekend in a 3-2 win. You can view his goal here, skip to the :30 second mark. Sanchez also assisted on another NYRBII score. For his efforts, he was named to the USL Team of the Week. Sanchez was drafted 79th overall by the Red Bulls in January, but has spent much of the season with NYRBII. Check out a nice read on Sanchez by Chad Hollingsworth of Scratching the Pitch.

Dane Richards made his first start of the season for the New York Red Bulls on May 2. Nathan Sturgis, another former Tiger, made his seventh start for the Houston Dynamo this season in a 4-1 loss to FC Dallas. On the season, Sturgis has one goal on six shot attempts.

Tommy McNamara, a 2013 Clemson graduate, was on the bench for New York City FC’s loss to the Seattle Sounders on Sunday. McNamara has moved between NYCFC and the Wilmington Hammerheads this season.

Amadou Dia, a member of last season’s ACC Tournament Champions, subbed in for Sporting KC this weekend in a 1-0 win over the Chicago Fire. Dia has seen action in five games since being the 20th overall selection in the MLS SuperDraft in January.

Phanuel Kavita, another member of last season’s championship club, started for the Real Monarchs this past weekend. The Monarchs, affiliated with Real Salt Lake of MLS, earned their first franchise win last Wednesday.

The Charlotte Independence of the United Soccer League (USL) earned their first franchise win this past weekend, and former Tiger Jack Metcalf saw action in the match. The Independence next take the pitch this Friday against the Richmond Kickers.

Finally, a pair of former Clemson goalkeepers met on the pitch. Hunter Gilstrap started in goal for the Carolina Railhawks this weekend against the Tampa Bay Rowdies, limiting Tampa Bay to one goal. Chris Glodack, a hero of last season’s run to the ACC Tournament Championship, was on the bench for Tampa Bay, his first time this season.