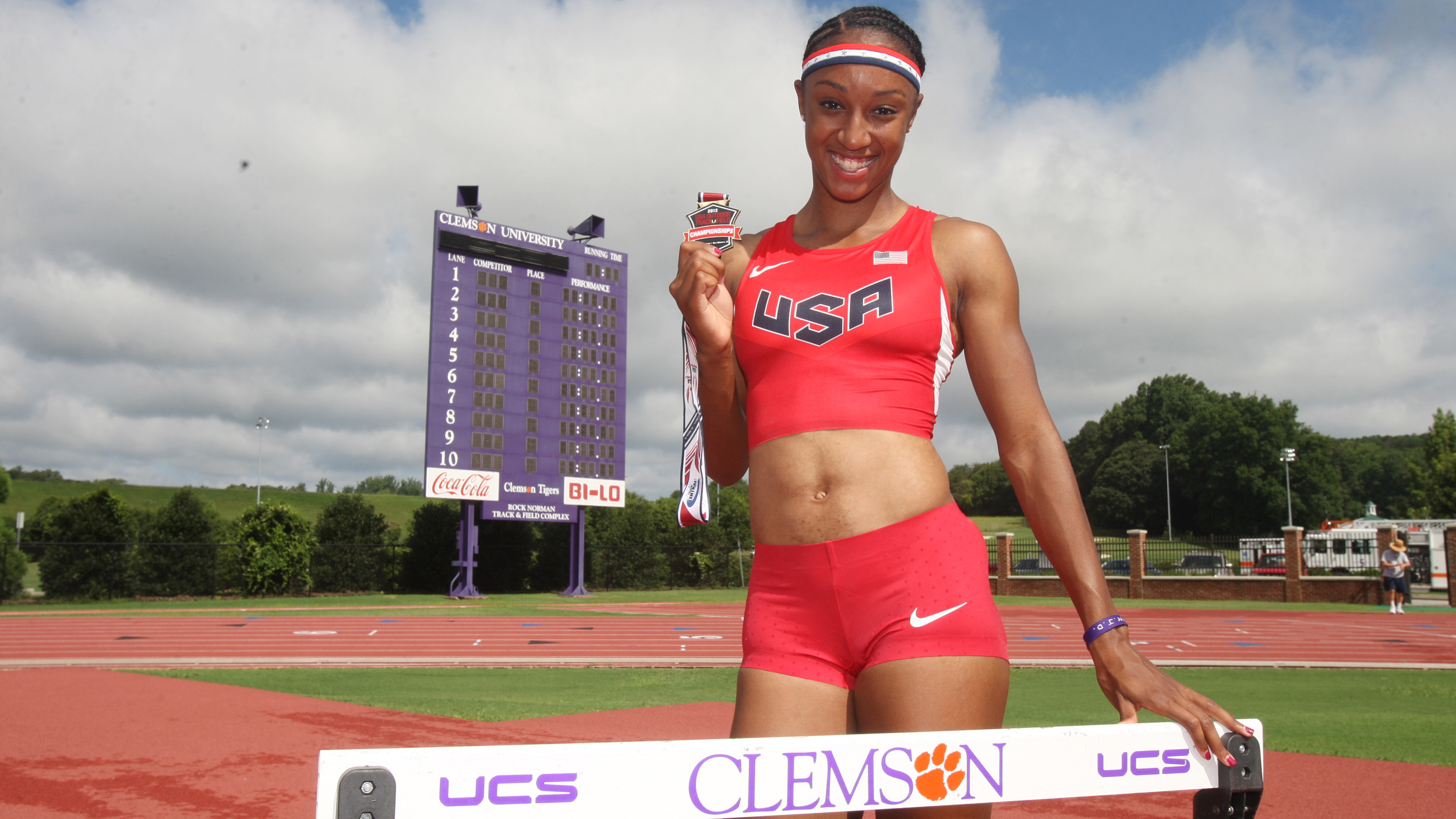 CLEMSON, SC – Four athletes with ties to Clemson track & field will compete in the 14th IAAF World Championships, which begin next week in Moscow. Two former Tigers – Brianna Rollins and George Kitchens – will compete for Team USA, while Warren Fraser will represent the Bahamas and Dwight Thomas will run for Jamaica. Universal Sports Network and NBC will air 46 hours of coverage throughout the duration of the event.Rollins is the obvious headliner of the group. The Miami, FL native and three-time NCAA Champion from 2009-13 set the American record in the 100 hurdles in June when she won the USA Championship in the event, with a time of 12.26. She runs the prelims on Friday, Aug. 16. The semifinals and final are set for Aug. 17. Rollins, who will turn 22 on Sunday, Aug. 18, owns three of the top four times in the world this season.George Kitchens, who competed for the Tigers from 2002-05, also won a USA crown in June. The Hephzibah, GA native earned an automatic spot on the World Championships roster in July when he hit a mark of 26’11.25″ (8.21m) in Chula Vista, CA. Kitchens will compete on Aug. 14 in the qualifying round, with the finals set for Aug. 16. Kitchens is tied for 18th on the world performance list.Two international athletes with ties to Clemson are also slated to compete next week. Warren Fraser, who graduated in May, will be part of the Bahamian 4×100 relay pool that competes on Sunday, Aug. 18. Dwight Thomas, a four-time All-American at Clemson in 2002 alone, will run the 110 hurdles for Jamaica. Thomas will get the action started in the preliminary round on Sunday, Aug. 11. Thomas is tied for 16th among world leaders this season, with a best of 13.27 in the event.IAAF World Championships Schedule – Clemson Athletes(all times are local)