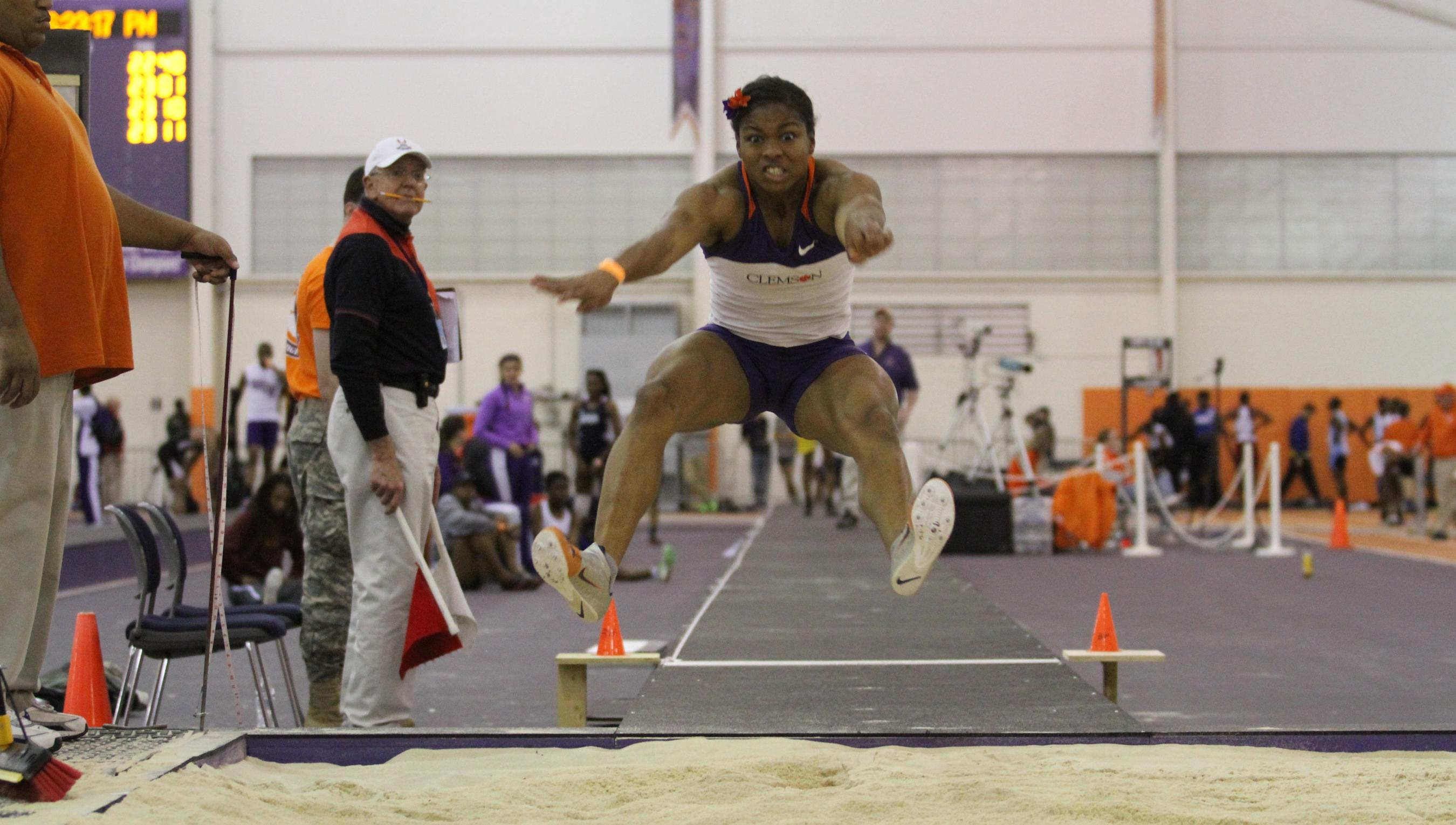 Fountain was in fourth place heading into her final jump, but unleashed a personal best 20-5, No. 5 in school history. She jumped teammate Mimi Land on the school’s all-time list Thursday. Land finished seventh with a mark of 19-6.

Jameel Abdul-Mateen was the lone scorer for the Tiger men’s team on day one, as he placed seventh in the long jump. The Peach State native posted a mark of 23-7.5, an opening attempt leap for the junior.

On the track, both teams had one qualifier for Saturday’s finals in the 200 dash. Marlena Wesh ran a season-best 23.60 in the women’s prelims to qualify, while Reggie Lewis won the opening men’s heat in 21.36.

The teams return to action Friday, starting with the women’s javelin at 10:30 a.m. The first running event is not until 4:45 with the women’s 100 hurdles. Live results are available at FlashResults.com, while ESPN3 is streaming the action live beginning at 4:30.