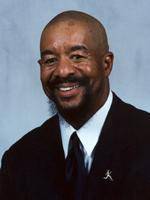 It marks the second straight year the Tiger program has been honored by the USTFCCCA for its indoor track & field efforts. Last year, Bob Pollock was named Southeast Region Coach-of-the-Year and Jacoby Ford was cited as the region’s top track athlete.

Mitch Greeley was recently crowned the 2008 ACC indoor champion in the pole vault after clearing 17’8.5″ at UNC’s Eddie Smith Field House. His top effort this year was a school-record 18’1″ clearance at the Virginia Tech Elite Meet. Greeley is an automatic NCAA qualifier for this weekend’s indoor nationals in the vault and is Clemson’s record-holder in the outdoor vault as well. Greeley was a 2006 All-American in the indoor pole vault.

C.J. Spiller to automatic berths in this week’s NCAA Indoor Championships, where Padgett is the defending champion in the 60m dash. Padgett recently won the ACC championship in the 60m dash under Foster’s tutelage and as a result was named the conference’s indoor track Performer-of-the-Year. Padgett and Spiller both rank among the top four in the nation on the 60m performance list heading into this week’s national championship competition.