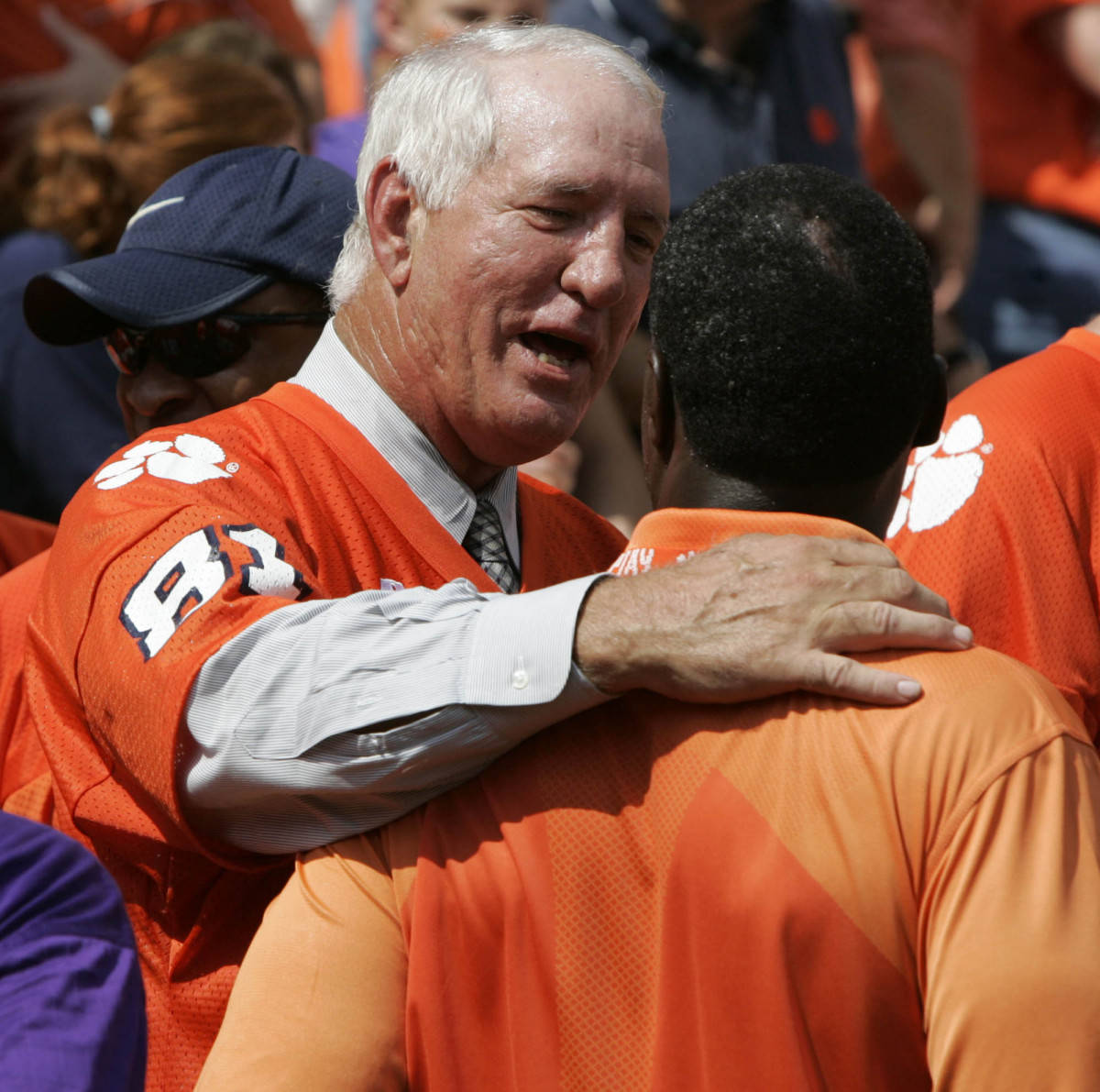 Ford on Hall of Fame Ballot

Clemson, S.C.—Former Clemson Head Coach Danny Ford is one of five Football Subdivision class coaches on the 2016  ballot for selection to the National Football Foundation Hall of Fame.

The Hall of Fame class, including players, will be announced on January 8, 2016 in conjunction with the College Football Playoff Championship Game.

Ford coached the Tigers from 1978-89 and posted a record of 96-29-4.  His .760 winning percentage for 11 full seasons is the best in Clemson history given a minimum of five years as head coach.

Ford guided Clemson to the 1981 National Championship at the age of 33, still the youngest head coach to lead a team to the National title.  The Tigers posted a 12-0 record that season and defeated three top 10 teams along the way, the only college team to defeat three top 10 teams that year.

The former Alabama player led Clemson to six bowl wins in his Clemson career, five of which were gained against coaches who are now in the National Football Foundation Hall of Fame.  The coaches he defeated in those bowl games include Joe Paterno, Barry Switzer, Tom Osborne, Don Nehlen and Woody Hayes.

Ford led Clemson to five ACC Championships and his six bowl wins rank second best in ACC history.  He had 18 wins over top 20 teams in his Clemson career and led the Tigers to a final top 20 national ranking seven times.  Clemson had an 87-25-4 record in the 1980s, the fifth best winning percentage in college football.

Ford is a candidate to be the fourth former Clemson Coach in the National Football Foundation Hall of Fame.  John Heisman, Jess Neely and Frank Howard are already members.

In 2013, Ford was inducted into the Clemson Football Ring of Honor at Memorial Stadium.  He is also a member of the Clemson Hall of Fame and the State of South Carolina Athletic Hall of Fame.