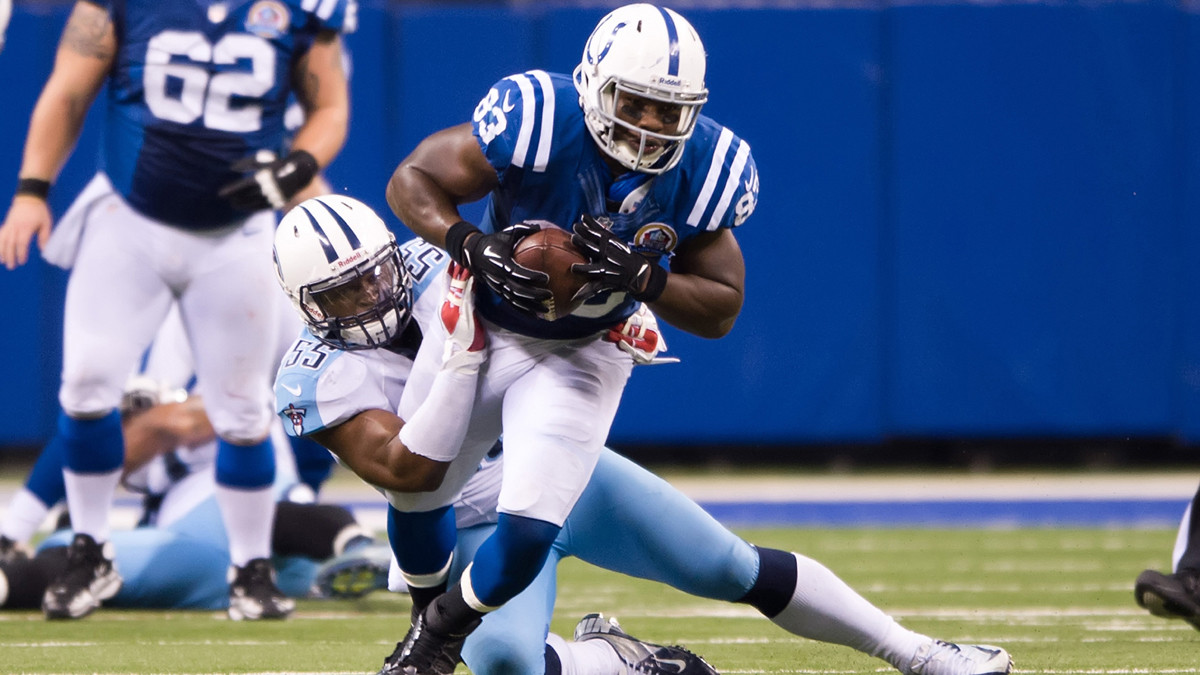 Only 59 miles (as the crow flies) of rolling hills and strands of pine separate the campuses of Georgia and Clemson. A quick jaunt up I-85 leaves behind the hedges of Sanford Stadium and echoes of “Glory, Glory to Old Georgia,” instead ushering in the orange-crazed pandemonium of Death Valley and a rousing chorus of “Tiger Rag.”

But for former Tiger and current Indianapolis Colts’ tight end Dwayne Allen, those 59 miles are more than just a distance, they are a symbol of what could have been, what was, and the most important decision of his young life.

Entering his senior season of high school in the fall of 2007, Allen was one of the most-coveted recruits in the country. Georgia and Head Coach Mark Richt came calling early, and most thought the Fayetteville, NC native was a lock for the Bulldogs.

“I was committed to UGA for my entire senior season,” recalled Allen. “I took my official visit to Athens in the fall of my senior year. I loved Coach Richt, but I felt like something wasn’t right for me at Georgia.

“I made the decision to take a few more official visits. One of the visits I went on was to some college called Clemson. I had no idea where Clemson was until late fall of my senior year. I didn’t even know it was in the state of South Carolina.

“I took my visit to Clemson and I knew Clemson was the right place for me. The only problem was that I had to work up the courage to tell the people I loved most.”

Allen’s high school football coach, Wayne Inman, was not simply a coach, he was a father figure. Introducing Allen to football during his freshman season, Inman not only believed in the young man, he loved him as one of his own. To make the situation more difficult, Inman’s son was a four-year starter for Georgia and loved the Bulldogs with a passion.

Like Lake Hartwell straddling the Georgia-South Carolina border, Allen struggled to come to a decision. Finally, he decided to end the drama and announce he was Clemson bound the Monday before National Signing Day at a press conference in his high school auditorium.

“I was sitting there before the conference with all those cameras in my face, and I started to get nervous,” admitted Allen. “I looked down at the Georgia hat and the Clemson hat sitting in front of me. Like a runaway bride, I got cold feet.

“I reached down and threw the UGA cap on my head. I looked over at my head football coach, who was grinning at me from ear to ear. I glanced over at my mom, and she was looking at me puzzled.”

Finally, the night before National Signing Day, the feeling in Allen’s gut got stronger, and he walked into his mother’s bedroom for guidance.

“She could tell I was upset and asked what was wrong,” said Allen.

“Her words woke me up.

“The next morning, with a clear conscience, I told Coach Inman, the dad I loved more than anything, that I wouldn’t be going to Georgia.”

Inman respected Allen’s decision, but advised his adopted son that he owed it to Richt to give him a call.

“I called Coach Richt, and when he picked up the phone he said, ‘Well Dwayne, are you a Dawg or a Tiger?’ I told him, ‘Coach, I’m a Tiger.’

“What Coach Richt said next is what endears him to me as one of my favorite people of all-time. He said, ‘Dwayne, I’m happy for you, and I’m glad you were able to come to a decision. I wish nothing but success for you, your career, and your family. Take care.’

“I was blown away. Those words echo in my head every so often. That simple, classy response had such an impact on me and set a tremendous example for my life.”

For the second time in three days, Allen stepped into his high school auditorium with the eyes of the nation watching. But this time, he reached down and selected a purple hat emblazoned with an orange Tiger Paw. Clemson coaches watching back at the WestZone erupted.

Now, five years removed, Allen finds himself in Indianapolis entering his second NFL season with the Colts as their starting tight end. In his 2012 rookie campaign, Allen was electric, notching 45 receptions for 521 yards and three touchdowns. He was also named to the NFL All-Rookie team.

Under new Colts’ Offensive Coordinator Pep Hamilton, Allen will continue to be a big target for quarterback Andrew Luck in 2013.

“This is a tight-end-friendly offense, and I love it,” added Allen. “We had a lot of fun last year, because we surprised a lot of people. But last year was last year. We only want to get better, using what we accomplished last season as a foundation for years to come. We believe a realistic goal for us is to win the Super Bowl and hoist the Lombardi Trophy. That’s our mindset.”

It is a mindset that has been firm since the day he chose to come to Clemson.