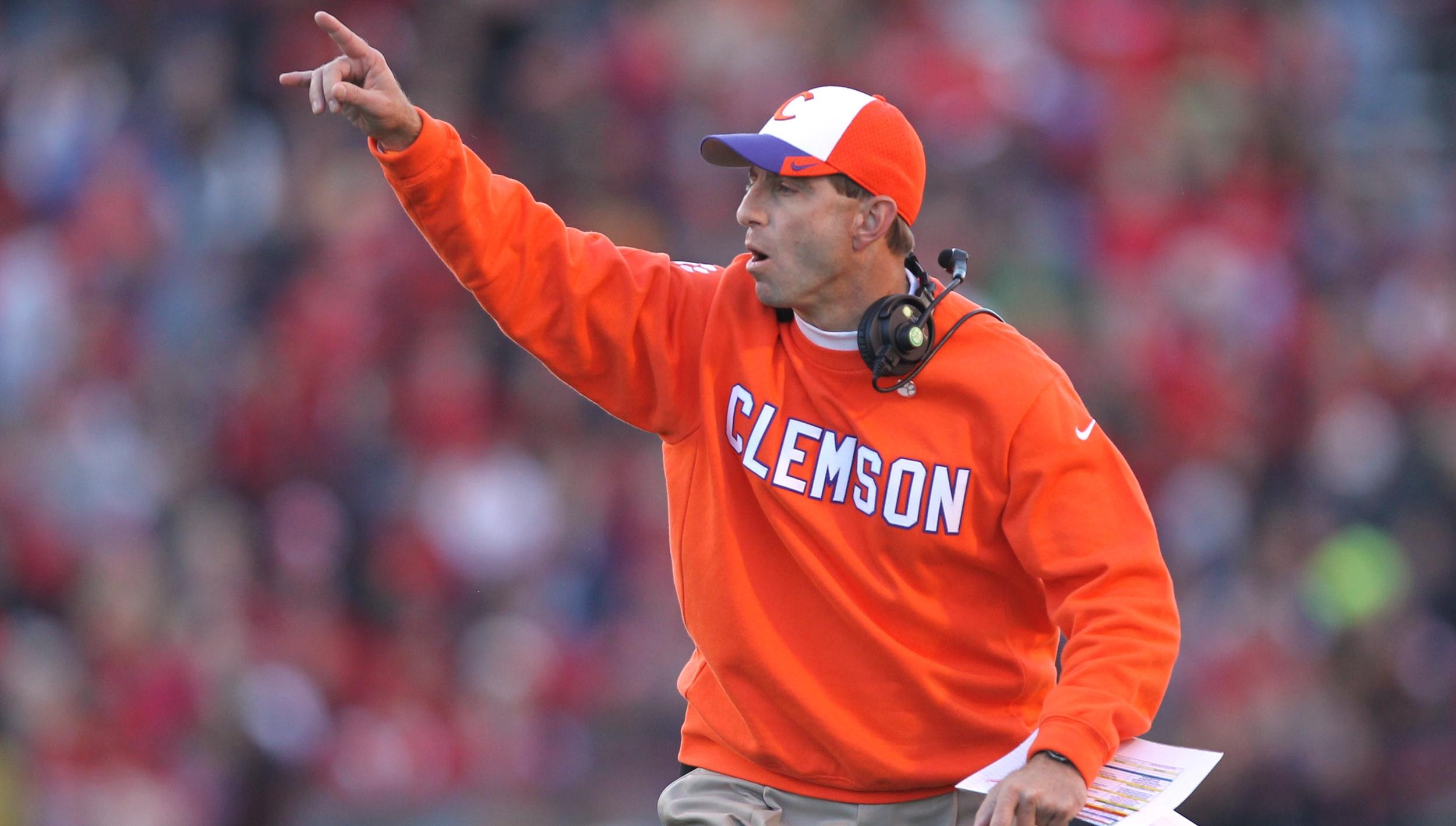 CLEMSON, SC – Four high school football student-athletes, three of whom will play in the US Army All-America game, and one from a prep school have signed financial aid agreements with the Clemson football program.  All five plan to enter Clemson in January.

Kyrin Priester, a wide receiver from Lilburn, GA and Brookwood High School, signed a national letter of intent with the Clemson program last February.  He is currently at Fork Union Military Academy in Virginia.

The 6-3 signal caller became the first quarterback in the history of Georgia High School football to throw for at least 10,000 yards in a career. As a junior he threw for 4024 yards and 50 touchdowns and also picked up 24 touchdowns and 1441 yards rushing. Last year he led Gainesville High to its first state championship since 1925. Watson is a US Army All-American and will play in the US Army All-America game in early January.

Scott is a 5-11 receiver from Tarpon Springs, FL who is also slated to play in the US Army All-America game. He is ranked as the #65 overall player in the nation by Rivals.com and is 83rd by ESPN.com.

Kitt is a 6-1 receiver who had 68 receptions for 1151 yards and 11 scores as a junior. He had 10 touchdown catches as a sophomore. Like the previous two, he will also play in the US Army All-America game in January. He is ranked as the #113 overall player in the nation by Rivals.com.

Register is the only defensive player among the five to sign a financial aid agreement with the Tiger program. The 6-3, 230 pounder will play for North Carolina in the Shrine Bowl. He had 111 tackles, 10 tackles for loss, five caused fumbles and seven sacks as a junior after he  had 10 sacks as a sophomore.  He attended the same high school as former Clemson great Jeff Davis.

Priester had 56 receptions for 1000 yards and 13 scores as a senior at Brookwood High School in 2012. He was a top 200 player in high school and was listed among the top 20 receivers in the nation by ESPN.com.