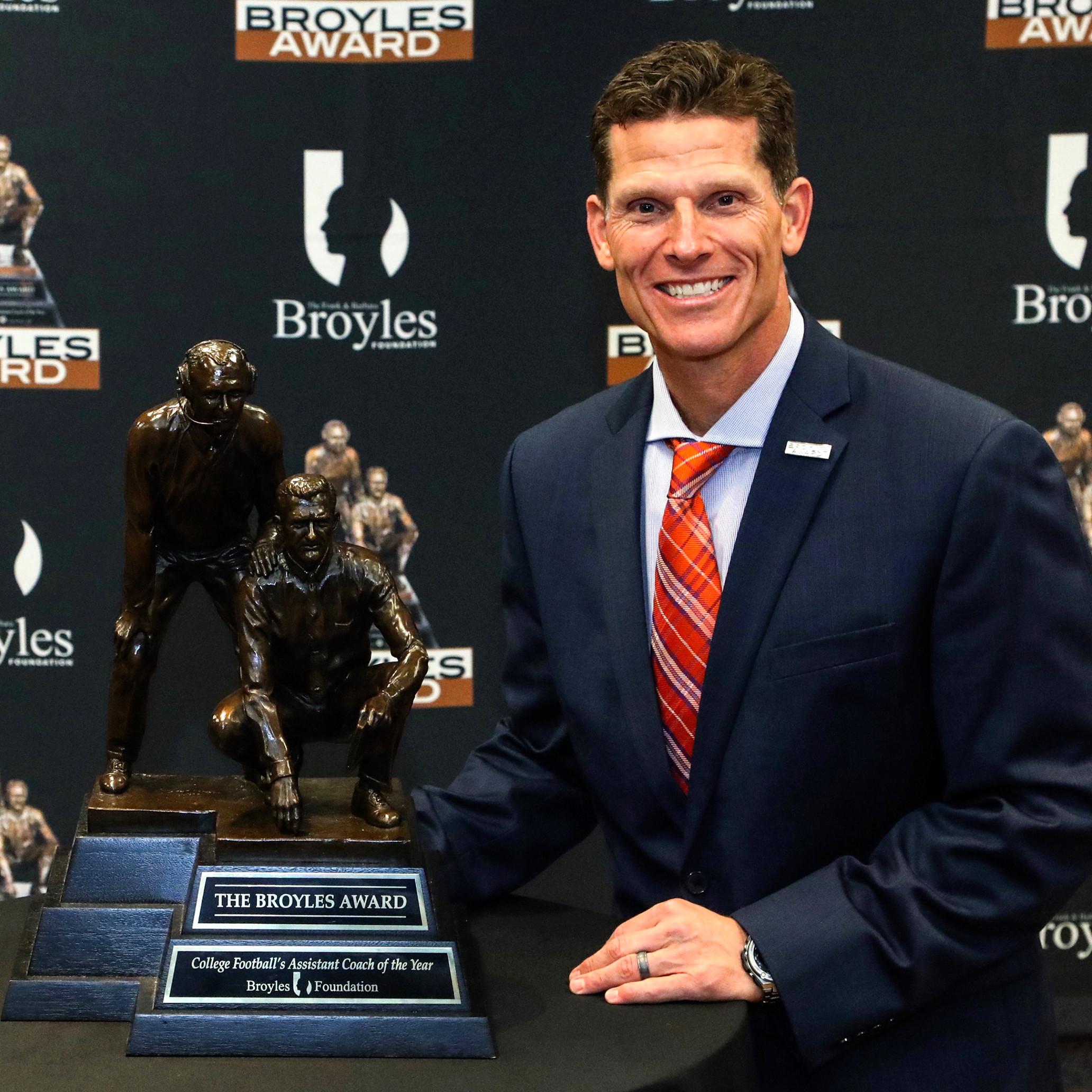 Brent Venables is a breath of fresh air. Yes, despite the overly animated, far-from-graceful theatrics that Clemson’s defensive coordinator consistently puts on display as he paces the sideline during games, Venables is absolutely, positively refreshing. And the aforementioned excess passion is a symbolic example of why that is.

In today’s complex world of college football, the true connotation of what it means to be a college football coach is often lost in translation, as conversations regarding job openings, contracts, recruiting and other variables that come with the career often overshadow the coaching aspect of the profession. Therefore, a coach like Venables, who is visibly and openly committed to, quite simply, coaching, serves as a rather strident, yet refreshing, reminder of what it really signifies to serve as a college football coach.

“When I find something good, I work hard at trying not to screw it up,” the ever-humble Venables quipped when discussing the secret to his long-term success. “I’ve always been a simple, hard-working guy who learned how to be a good example for those around me.”

In December 2016, Venables was the recipient of the prestigious Broyles Award, which is presented annually to the top assistant coach in the country, after coaching a Tiger defense that proved to be one of the most imposing defenses in the nation. Registering a program-record 49 sacks, the 2016 Clemson defense boasted a relentless, high-octane style of play befitting its energized coordinator.

Venables, the first Broyles Award recipient in Clemson history, has made an indelible mark at every one of his coaching stops throughout his illustrious 21-year career as a defensive coach, experiencing a winning season in each one. Learning under the great Bill Snyder as a player and coach at Kansas State, Venables used Snyder’s tutelage to carve a path molded around commitment, loyalty and passion for the game of football over the course of his coaching tenure.

“I’ve been very fortunate in my career,” said Venables when reflecting on his football coaching journey. “I’m lucky to have been around a lot of good football players, great folks, men of strong influence and people who have been willing to give me an opportunity.”

A self-described student of the coaching profession, Venables has been heavily influenced by coaches for the entirety of his time spent around the game of football, developing a passion for the game at a young age that proliferated into a desire to coach.

In fact, Venables first grew fond of the idea of becoming a coach while playing football in middle school. In true Venables fashion, he particularly enjoyed when his coaches would up the ante at practice and push the players to the limit.

“As a young player, I had clarity on the influences that my coaches had on me,” explained the defensive coordinator. “It always came in the toughest part of practice when the coaches were getting after us, and I would think, ‘Man, this is going to be great when I get to be a coach one day’.”

Venables has been widely regarded as one of the best defensive minds in college football since first becoming a defensive coordinator in 1999, with his selfless approach to coaching serving as a primary reason why. He has always gone about his business in a team-first manner, never opting to hastily chase a head coaching position and never opting to attribute his defenses’ on-field successes solely to his coaching.

Stemming from the influence that his mother had upon him, he has always placed the team above himself, and as a result, he has never grown complacent in his desire to do what is best for the team, season in and season out.

“It starts with my mom,” stated Venables when speaking of his unwavering commitment to his players and his program. “She taught me to be loyal and hard working and to keep my nose down and control my circumstances. I learned from her that you’re responsible for what you get, and you get what you earn.”

Sporting the rare combination of being both a “coach’s coach” and “player’s coach,” Venables has jelled remarkably well with head coach Dabo Swinney and the staff, sharing a mindset with Swinney that has resonated with Venables and contributed to the high level of success that he has experienced as a member of Clemson’s coaching regime.

“Coach Swinney conveys a message about the importance of team, family, selfless attitude and work ethic,” said Venables. “He’s relentless about protecting that culture, and it’s easy to fight for when you believe in those things.”

Now in his sixth season with the Tigers, Venables is thankful for all the opportunities the Clemson football program has presented him with, and he is quick to point out that although his name adorns the Broyles Award trophy, it is really just a placeholder for a much longer list of names featuring all of those who made the accomplishment possible.

“It’s a reflection of a tremendous amount of people who I’m surrounded with,” added Venables when discussing the significance of the award. “My name is on the trophy, but it’s really about all of those people who had a strong hand in getting that done.”

Selfless, loyal and passionate about every aspect of his job, he is a beacon of light in the vast sphere of college football and a constant reminder of what the game is all about. He is a proud and humble servant of the sport of football, making him the ultimate epitome of what the Broyles Award represents.

An exemplary role model for his peers and players, Venables is a breath of fresh air in the congested world of sports. Most importantly, he is a shining example of what it truly means to be a football coach.