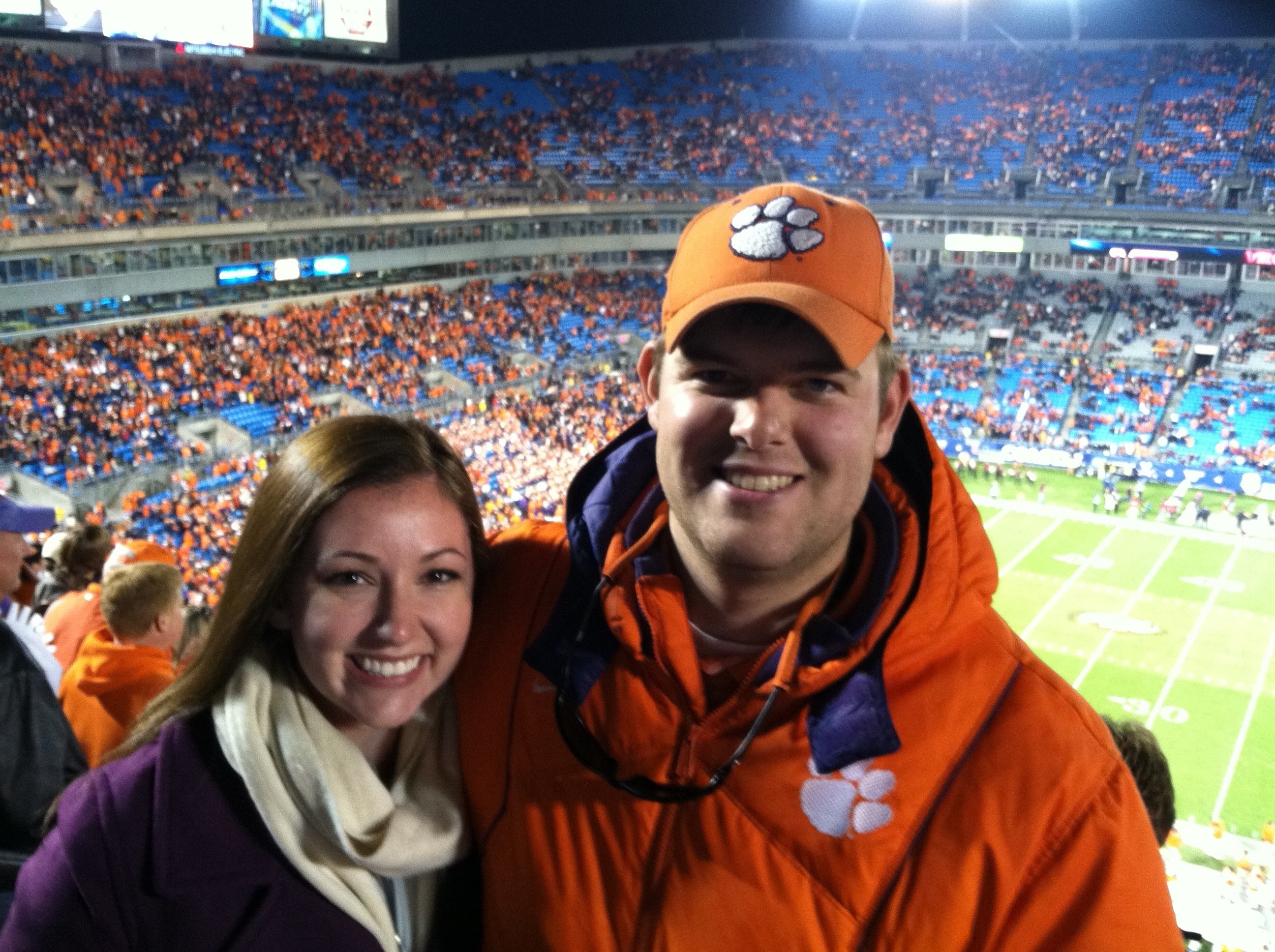 Parker Miller is a proud member of the Clemson Family. Graduating from Clemson with a degree in biological science, Miller is in his third year of Medical School. His wife is also a TIger, having completed her undergraduate and graduate degrees in Accounting. They currently reside in Greenville, S.C.

Orange runs in Miller’s family, as both his parents and grandfather are proud Clemson grads.

And this weekend Miller will reach a milestone that makes his entire Clemson Family proud. When he attends the Clemson vs. FSU match-up in Tallahassee, Fla, on Saturday, Miller will have attended 100 consecutive Clemson home and away games.

Miller has been there for it all since 2007—his last missed game was in 2006 when Clemson played Virginia Tech. Miller decided to start his streak in 2007 while he was still in high school and continued his streak when he enrolled at Clemson.

His entire first year as an undergrad, Miller did not miss a game as a student, home or away. So he decided to keep the streak going.

“Some of my favorite games I’ve been to were obviously the LSU-Clemson game in the Chick-Fil-A Bowl in 2012 and the FedEx Orange Bowl last season when we played Ohio State,” Miller said. “The Miami (FL) game in 2009, during Coach Swinney’s first full year as head coach, when we won in overtime over a top-10  team, was a spark for Swinney’s success as a head coach. The 2011 game against Maryland was really a fantastic comeback as well.”

While Clemson fans can experience the atmosphere here in Death Valley, Miller has been able to experience how other teams and fans prepare intense atmospheres for the Tigers.

“It’s great seeing sights of the away games,” Miller said. “You can see that culture anywhere, whether it’s places like Wake Forest, Duke, or NC State—those fans are excited to play us. It’s great being at home but on the road, you’re the villain and they’re ready to give Clemson their all.”

When asked about some of the most exciting stadiums he’s attended recently, Miller threw out names you may not expect.

“Last season (in 2013), we were Syracuse’s first ACC opponent since they had joined, and they were pumped for us. The Carrier Dome was sold out.”

But out of all the games he’s attended, Miller pointed to one of his trip to Boston while he was as student that really stuck with him.

“My friends and I went to the game during the weekend of fall break. We drove all night and got there around 5 a.m.,” Miller said. “We stopped by Fenway Park, and the guard outside saw we went to Clemson and told us his niece went to Clemson, and he let us in to walk around Fenway. Then we got to watch the sunrise in Boston. One of the best experiences I’ve ever had.”

Guessing if the Tigers beat the top-ranked Seminoles in their house on Saturday, he’ll have a new favorite memory.