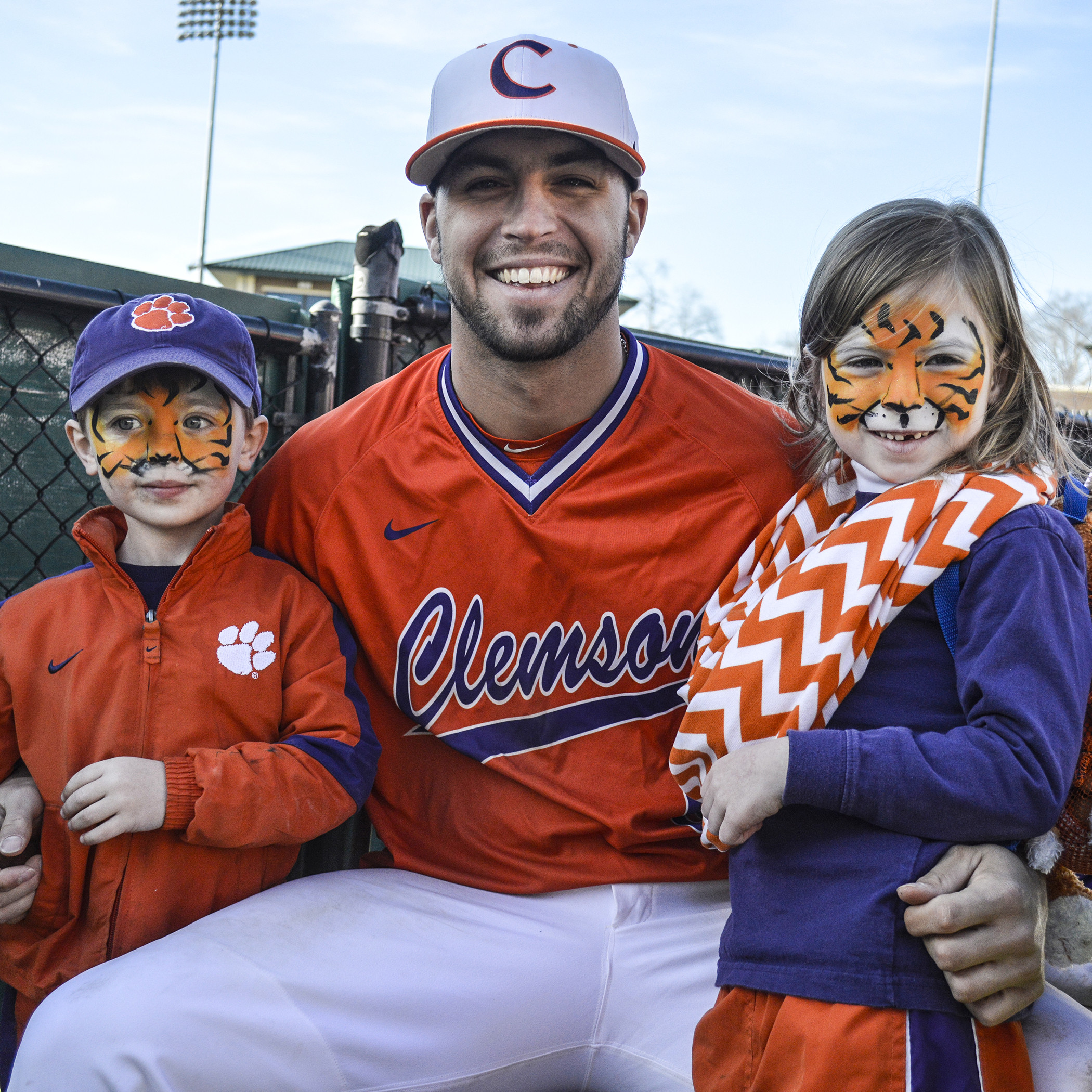 Seth Beer autographed many items after Saturday’s scrimmage at Doug Kingsmore Stadium…countless baseballs, innumerable posters, quite a few hats and even a cowboy boot.

All part of a successful second-annual Fan Fest.

The day began with activities involving fans of all ages, from a face-painting station and an inflatable slide, to a speed-pitch station, to areas where fans could take pictures with the 2016 ACC championship trophy and dress in Clemson baseball gear.

Fans then got a glimpse of the 2017 Tigers during a scrimmage that featured explosive offense, highlighted by a leadoff homer from Chase Pinder, a long ball over the Cajun Café off the bat of Beer, a deep drive from freshman shortshop Logan Davidson and a home run by Andrew Cox

The event attracted over a thousand fans on a chilly afternoon, and if the players were not already more than ready for opening day on February 17, they are now.

“It’s good to see this many people come out,” said Cox. “We had a really good showing of fans today. Their support shows that they’re excited about our upcoming season, as are we. We’re really looking forward to getting going in two weeks.”

“An event like this gives you a little taste of opening day,” added Reed Rohlman. “It makes you really, really excited for that day. It’s so nice to see the people come out for a scrimmage.”

The Tigers close the weekend with a scrimmage on Sunday at 1:30 p.m., at Doug Kingsmore Stadium. The following weekend, Clemson scrimmages again on Friday, Saturday and Sunday. All practices and scrimmages are open to the public.