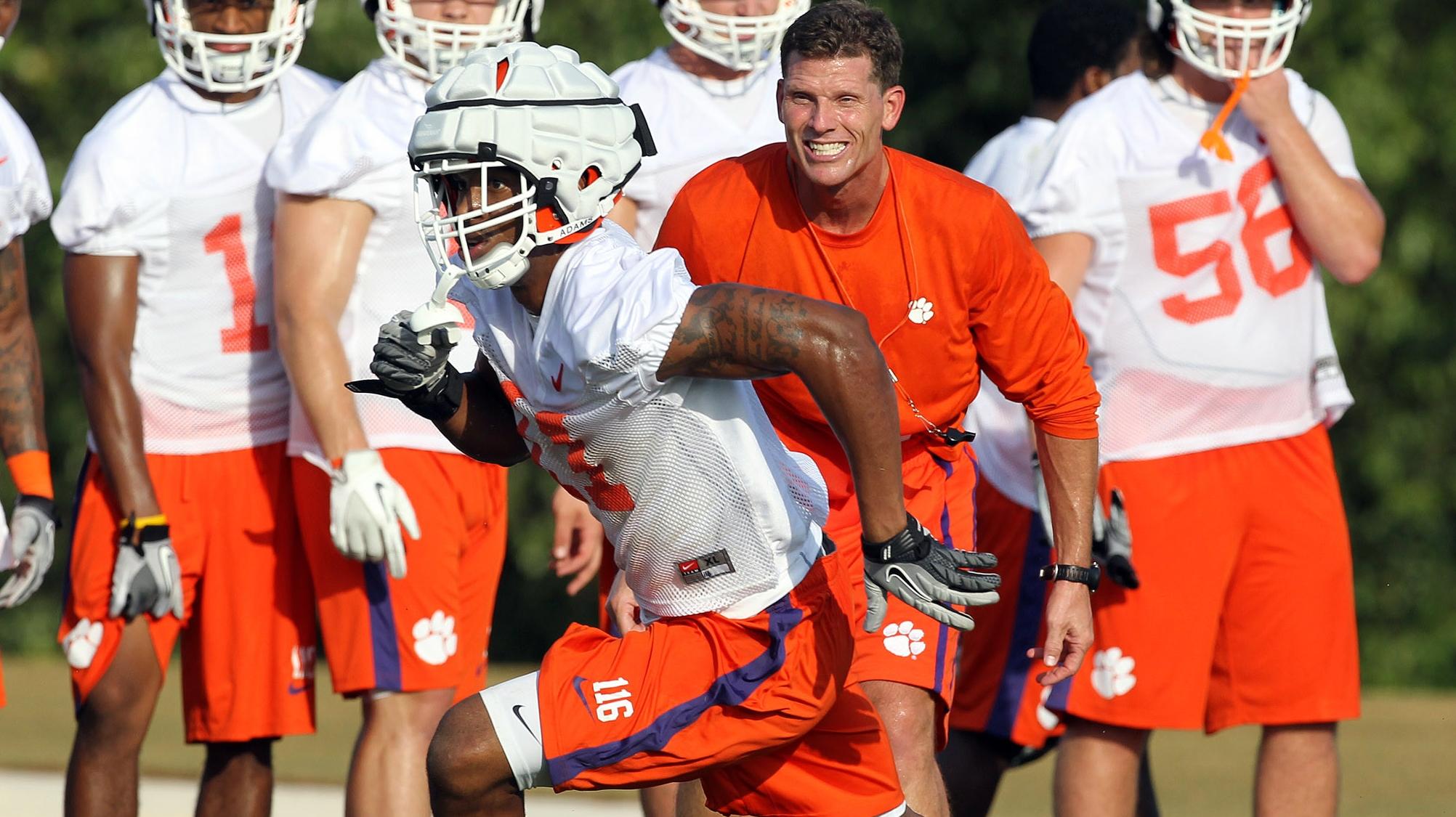 CLEMSON, SC – The Clemson football team opened fall camp Friday with its highest preseason ranking in 15 years and a showdown looming with the highest-ranked foe it has opened a season against in 50.

Defensive tackle Josh Watson admitted the Tigers are well aware of both those facts.

“I could give you the political answer and say no … but you can’t really ignore what’s going on in the public,” he said. “We see it, as much as the coaches try to shelter us from it. We see the blogs. We see the hype around the game.”

The Tigers are ranked No. 8 in the preseason USA Today Coaches Poll and will open their season at home August 31 against No. 5 Georgia, which will mark the first opener in Clemson history with both teams ranked in the top 10.

Head coach Dabo Swinney believes his team can draw on its experience – it returns 17 players who played at least 100 snaps last season on offense and 10 players who started at least five games on defense – to help it focus on the task at hand and not the clash with Georgia.

“We’ve got a lot of good guys that have good experience from the last couple years to draw on,” Swinney said. “Because when you start really focusing on the names of the opponents, you play at one level one week and another level the next. We respect every opponent because anybody can beat anybody on any given day. We try to focus on ourselves – because that’s what we can control.”

One of the primary reasons for the expectations surrounding the team is the return of quarterback Tajh Boyd for his senior season.

The reigning ACC Player of the Year – and runaway pick by the league’s media to retain that title – will own 51 Clemson records when the season kicks off against Georgia.

“Tajh coming back was amazing for our team, just as a leader and his presence,” Watson said. “He makes the whole team come together as one.”

Boyd has led Clemson to 21 wins over the last two seasons and needs 11 more to tie Rodney Williams’ school record for wins by a starting quarterback.

“For me, it’s all about trying to leave a legacy,” Boyd said. “So whatever I can do to come out here and prepare myself and prepare these other guys, that’s what I’m going to do. People look at me as the leader, and that’s the way I’ve got to handle myself on the field and off the field, and make sure that I represent myself in the best manner at all times.”

One noticeable difference Friday from past years was in the players’ headgear. Each player – other than the special teamers and quarterbacks – was fitted with a productive padding called a Guardian Cap over their helmets.

“We’re just trying it out,” Swinney said. “Studies show that it reduces impact by 33 percent and keeps your head cooler. So we’re going to try them out in practice, and if it means getting one more guy to game day, it will have been worthwhile.”

In addition to the Guardian Caps, Clemson also has a new look in the secondary, by virtue of eight incoming freshmen from the 2013 signing class who have arrived to bolster the depth in the defensive backfield.

“Going over and watching them in practice, it’s night and day just looking at them,” Swinney said. “We’ve got good numbers and really good athleticism – great feet, they can all run. We’ve got a lot of coaching to do, but we’re definitely a better looking group in the secondary.”

Sophomore safety Travis Blanks, who had 51 tackles to rank eighth on the team in 2012, said the influx of young talent had significantly increased the competition in the secondary.

“There’s a lot of competition,” Blanks said, “and competition makes guys better. It’s healthy for our secondary to have guys coming in and pushing us, and us pushing them.  It makes you come out and give everything you have every day.”

Clemson will return to the practice fields Saturday afternoon as it continues its work to prepare for the season – and the season opener against Georgia.

While Blanks agrees the team can’t afford to focus on that matchup just yet, he also noted it needs to avoid buying into its own preseason hype just as much.

“We have to keep a humble spirit on this team because all of the national talk means nothing if we go out there and lay an egg in the first game,” Blanks said. “Personally, I stay out of the media. I don’t really care what people say I can be or can’t be. And that’s going to be vital to our success – how humble we can remain so that we can get better.”