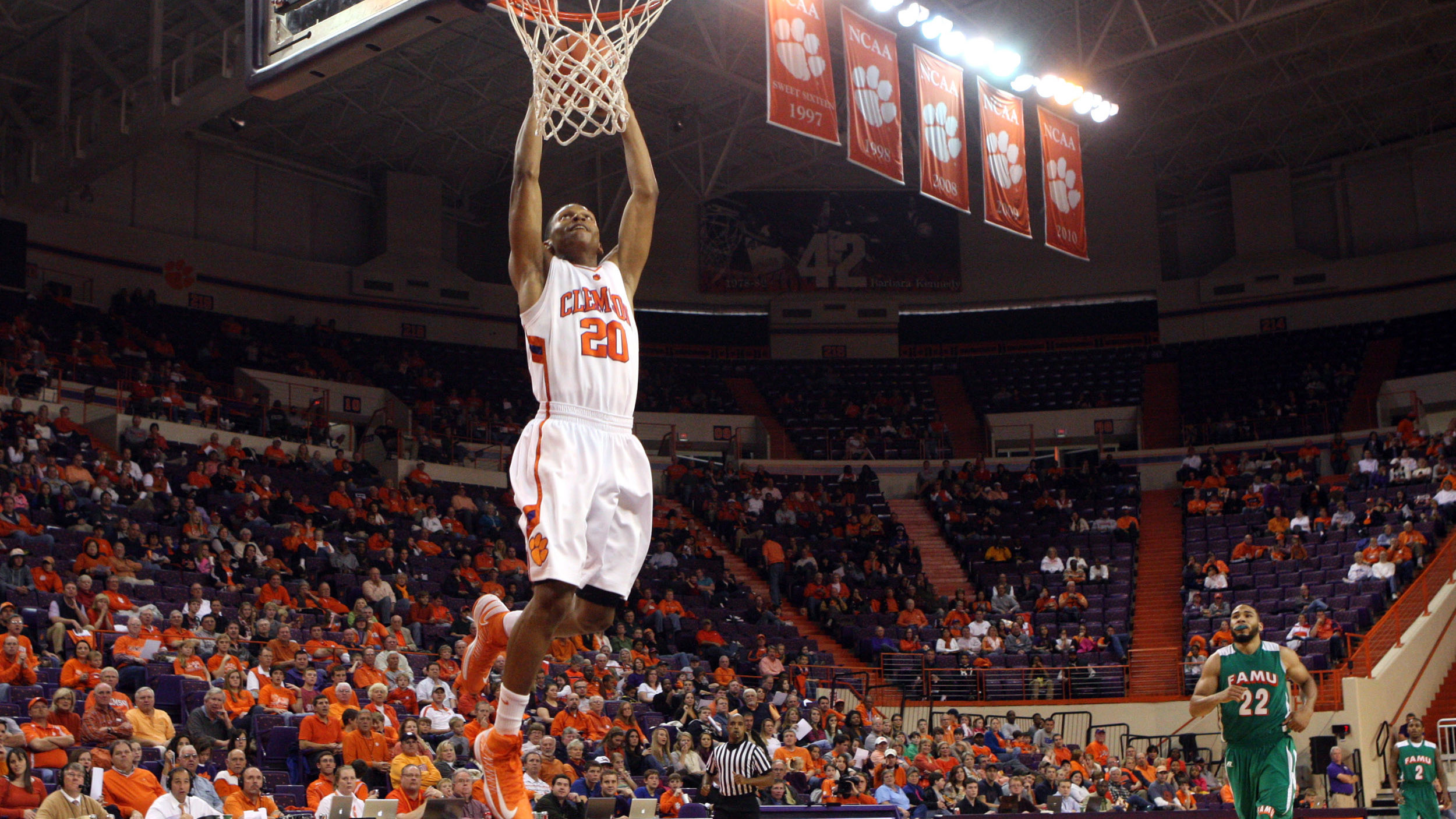 CLEMSON, SC — Jordan Roper found out Thursday he’d be making his first career start for Clemson on Saturday night against Florida A&M. With the kind of impact he had, it’s a safe bet Roper won’t have to wait long to make his second. The rookie guard scored a career- and team-high 16 points, 13 of them in the second half, as the Tigers went on a 32-12 run across the first 12 minutes after halftime to pull away for an 80-57 win over the Rattlers.  Perhaps more importantly, Roper gave Brad Brownell’s team the three-point threat it’s been so desperately seeking this season, knocking down 4-of-5 attempts from beyond the arc — three of them in the second half — to help Clemson (6-3) turn the game into a rout. “He made shots, which was good to see,” Brownell said. “He’s got to continue to get better defensively, but he plays with confidence. Our guys feel like he’s a guy who can make some shots for us, so that’s good. That’s something our team desperately needs.” The freshman from Columbia made a similar instant impact in his first career game with the Tigers, when he scored his previous career high of 11 points in a season-opening win over Presbyterian. But with sophomore T.J. Sapp having transferred recently and the Tigers in need of a long-range shooter, Roper said he was excited to get the starting nod from Brownell. “He subbed me in during practice and put me with the Orange group, the older guys like K.J. (McDaniels) and (Devin) Booker and all those guys, and it meant a lot to me just to play with those guys,” Roper said. “I mean, we play with them every day, but I’m just here to do anything to help our team win.” After the Tigers went down 3-0 early, Roper’s first three-pointer of the night helped spark a 9-0 run to seize control. Clemson led by as many as 12 in the first half after a 12-4 run stretched their lead to 39-27, and it took a 41-31 lead into halftime that might have been much larger were it not for 19 first-half points from Rattlers guard Reggie Lewis on just nine shots. According to Roper, Brownell was none too happy with the team in the locker room. “In the first half, it didn’t seem like we were playing very hard,” Roper said. “It was like a pick-up game, in a way. He said, ‘Good habits and discipline will carry over. We need to have a good second half.’ And those good habits and discipline will carry over to bigger games later in the season, too.” Whatever Brownell told his team worked to perfection, as Clemson made its first six shots from the field in the second half — two of them three-pointers by Roper — to fuel a 16-2 run that stretched the lead to 57-33 on finger roll by McDaniels. The Tigers extended the run to 26-6 on two foul shots by Adonis Filer, and Clemson had a 68-37 lead — their largest of the night — with 11:30 to go. Filer, like Roper a freshman guard, also notched a career-high on the night with 14 points. Brownell had admitted in recent weeks that he’d like to be able to play Roper more due to his outside shooting ability, but Roper needed to improve defensively in order for him to feel comfortable doing that. “Some of it is just having a feel for what we’re doing,” Brownell said. “He didn’t play much, if any, man-to-man defense in high school. They just pressed a lot, played some zone. So he’s had a lot to learn. Having said that, I think he really tries to work at it. He approaches things the right way, and so, he’s made good strides in a month — and that’s helped him get more minutes.” So, while Roper’s most obvious contributions Saturday were in the scoring column, he said it was his work on the other end of the court that landed him in the lineup. “My role is just to make something happen for the team offensively, and defensively, not be a liability,” Roper said.  That he added three steals Saturday night, in addition to his career-high point total, suggests Roper is well on his way to doing just that.