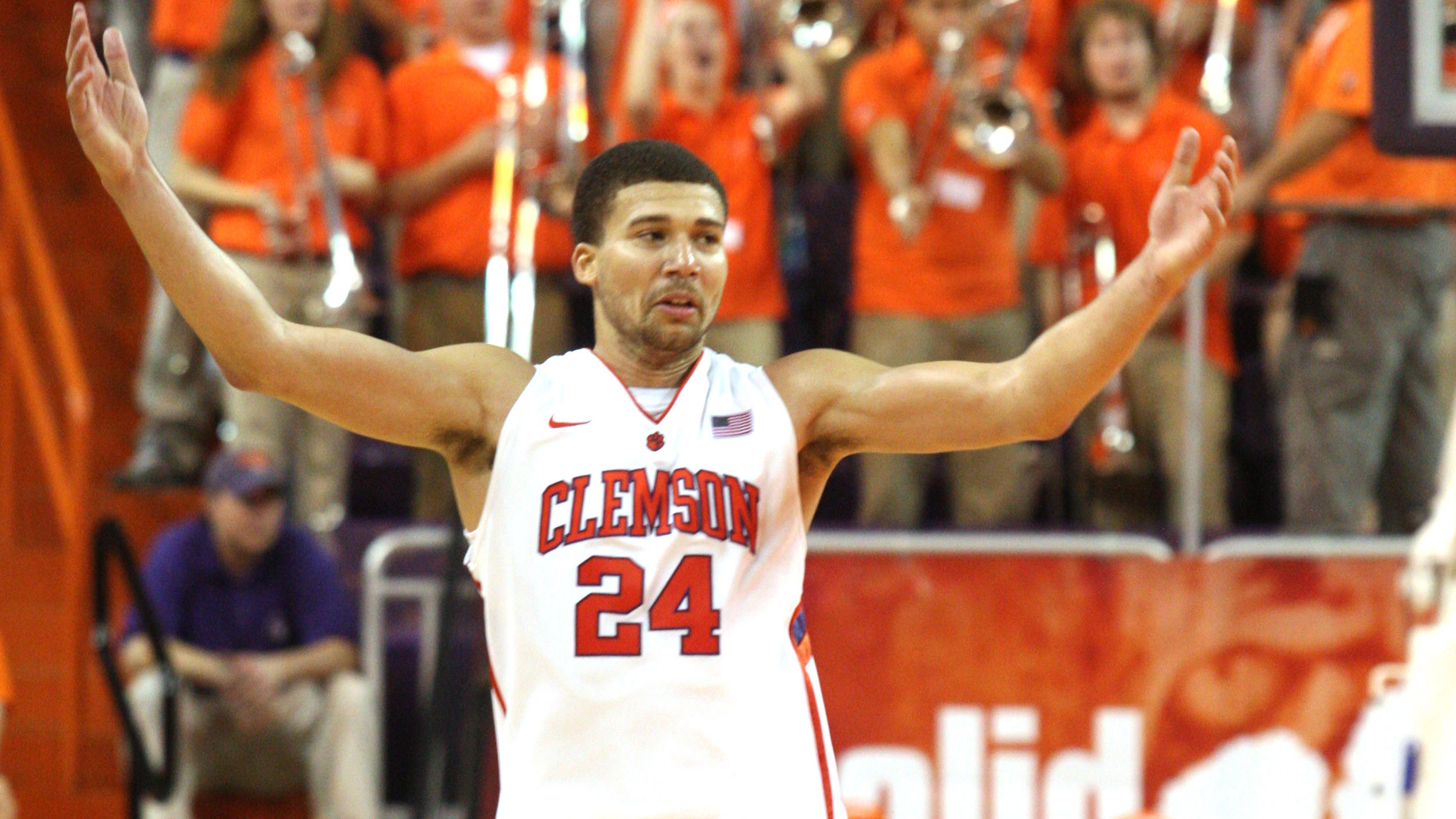 Exclusive: Relying on Seniors a Recipe for Success for Tigers

CLEMSON, SC – One of only two seniors on Clemson’s team, Milton Jennings admitted after Saturday’s victory over Virginia he felt he hadn’t been pulling his weight.

“I finally wanted to match his intensity,” Jennings said in reference to fellow big man Devin Booker. “I told him today that I was going to hit the boards as hard as he was, and that when I got open shots, I was going to take them.”

True to his word, Jennings scored a game-high 21 points – the first time he had reached 20 points in ACC play in his career – and also pulled down 11 rebounds to lead the Tigers to a 59-44 win over the Cavaliers at Littlejohn Coliseum.

In turn, Booker kept up his stellar play of late, coming up one rebound shy of a third straight double-double in ACC play and finishing with 15 points and nine boards.

“We got the ball to our seniors a bunch, and it was good to see those guys play well and make big shots,” Head Coach Brad Brownell said. “I’m happy for Milt.”

After the Tigers (9-6, 1-2 ACC) fell to No. 1 Duke on Tuesday night in Durham, NC, Brownell had given his seniors the day off Thursday – while the rest of the team practiced – in hopes off conserving their energy for a game where he planned for them to be heavily relied upon against Virginia.

Clemson certainly followed through on that game plan. Of the 33 shots it took from the field against the Cavaliers, 23 were taken by Booker or Jennings.

“We were looking at what went wrong the past couple games, and we made a more concerted effort to get me and Book the ball, which transferred to getting other players the ball,” Jennings said. “Because teams are looking to double us, they are going to have to bring an extra guy over in the gap, and Book and I are both good enough players to find the other people on the weak side and get them easy shots.”

The Tigers took a 24-20 lead into halftime when Booker scored a bucket underneath just before the break, as it led despite shooting just 36.8 percent (7-of-19) from the field in the first half.

Clemson still led by four after a Jennings three from the wing made it 28-24 at the 17:15 mark of the second half, and it opened its largest lead to that point at 31-24 when Jennings drained a deep, contested three on the next trip down the court.

“This is the first game that we ran the type of offense that we did – that we were on each other and the coaches were on us to really stop and look for a teammate – and it really helped our offense,” Jennings said. “For the most part, our defense has been really solid. And so, you put really solid defense with a really solid offense today, and you get over a 10-point victory.”

Jennings later buried another three – his fifth of the day – that made it 55-42, and the final score represented Clemson’s largest lead, as Rod Hall provided the final margin with a driving layup inside the final minute.

Brownell said the Tigers would look to continue to make Booker and Jennings the focal points of their offense moving forward.

“Certainly getting those guys more touches, getting them high numbers of field goal attempts, we want to try to do that,” Brownell said. “And that needs to be part of our recipe for success.”