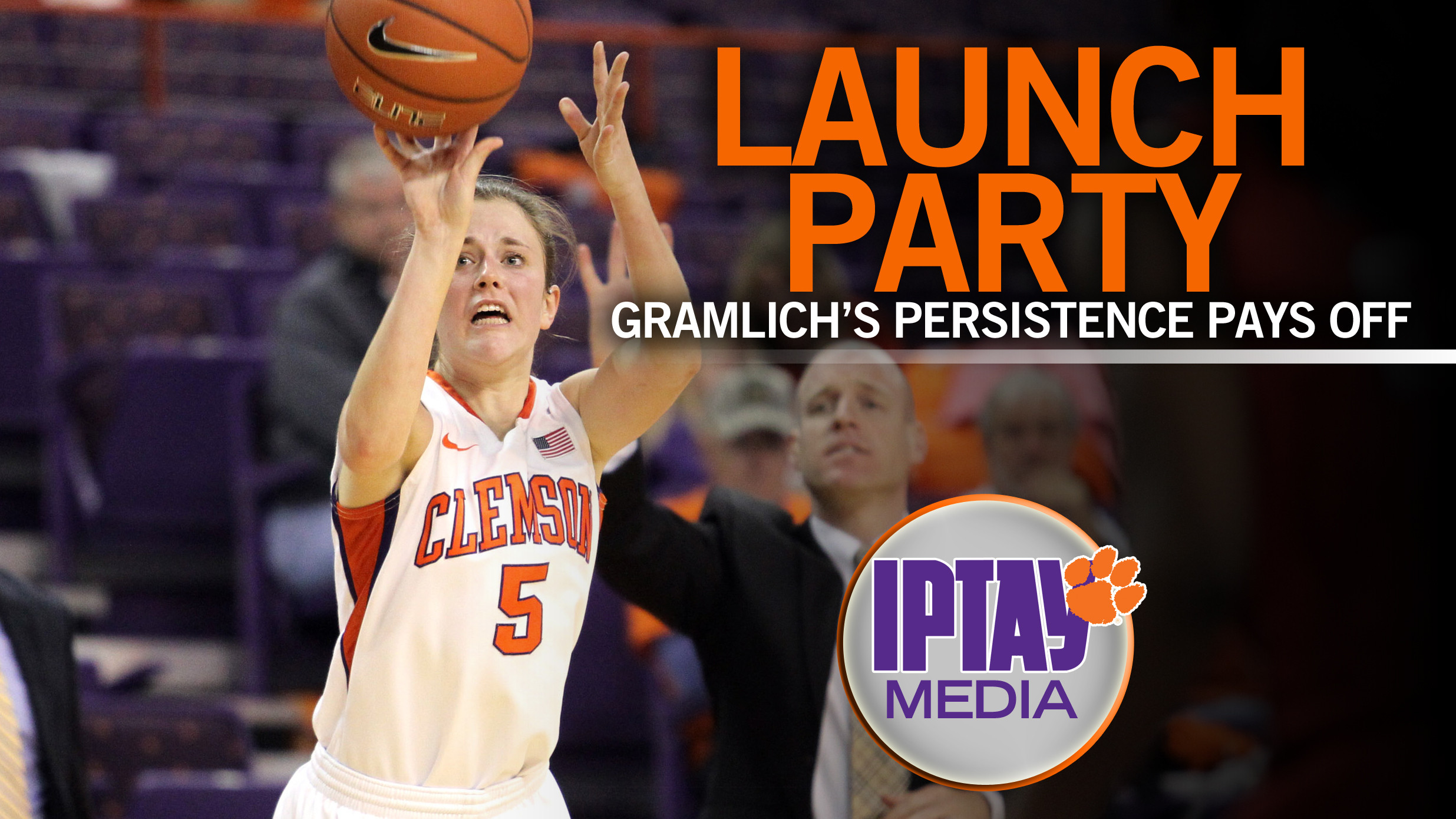 EXCLUSIVE: Gramlich?s Persistence Pays Off in Win over Radford

CLEMSON, SC – She hoisted three-pointers all day and night, but the last one Kelly Gramlich shot Wednesday was the one that mattered most. And her persistence paid off. Gramlich’s long-distance effort with 3:28 left gave the Clemson women’s basketball team a lead it didn’t relinquish as it beat Radford 41-39 at Littlejohn Coliseum. The junior from Austin, Texas, had missed five straight attempts from three-point range — all five she had tried in the second half — when she drained the biggest shot of the night. “Even when you’ve missed five in a row, you’ve got to think, ‘I’m going to make the three that helps us win the game,’” Gramlich said. “You’ve just got to think that way, otherwise you can’t do it.” Gramlich was the only player in the game to finish in double figures with 12 points, and while she was just 4-of-14 shooting, all four shots she made either tied the game or gave the Lady Tigers the lead. “That’s what I tell Kelly all the time — shooters shoot,” head coach Audra Smith said. “I don’t care that she misses because one’s going to fall. It’s bound to fall. And the one that fell was the biggest one of the night.” At 1 p.m., six hours before tipoff with Littlejohn Coliseum virtually empty, Gramlich was on the court a half-hour before shoot-around taking jumper after jumper. The Lady Tigers then had to be on the court by 5:45 p.m. for pregame warmups, but she arrived at 5 o’clock sharp to take even more extra shots with assistant coach Daryl Oliver and teammate Jordan Gaillard. “I know my role on this team is to shoot and I know I have some limitations in speed and quickness and size, but I know I can shoot,” Gramlich said. “That’s my job. So, I go in there and try to work on it as much as possible and get as many shots up as possible because that’s what Coach Smith expects me to do.” Perhaps it should come as no surprise, then, that once the game tipped off, Gramlich wasn’t shy about letting fly. She was the first player off the Clemson bench less than four minutes into the game, and made her presence felt immediately. With the Lady Tigers trailing 5-2 when she entered the fray, Gramlich took a pass on the wing, pump-faked, stepped inside a defender and buried a three to tie the game. Clemson trailed 10-7 later in the half, but after a defensive stop, it pushed the ball in transition and found Gramlich in the corner. She buried her second long ball to pull the Lady Tigers even again. After trailing by as many as five, Clemson took its first lead since 2-0 on a three from the wing by Gramlich with 2:00 left until halftime that made it 19-18, which was the score going into the locker room. “When we go zone, it’s very important for us to set things up and run things so that we can get Kelly going,” Smith said. “That way, the zone has to shift more and they’ve got to come out and pay more attention to her, and then that opens up the inside for us.  “Same thing with man-to-man. A lot of times we’ll run Kelly as a decoy because we know the defense is going with her because they respect her as a shooter so much, and that opens thing up for us to be able to penetrate a lot more.” Clemson was able to retain the advantage for an extended period in the second half, but Radford retook the lead with a three-pointer that made it 30-29 with 7:45 left. The Highlanders still led 32-31 when Gramlich — who had missed five straight from three-point range at that point — took a pass from Chelsea Lindsay, stepped inside a defender and fearlessly fired another, hitting nothing but net to put Clemson back ahead 34-32 with 3:28 left to go. “I felt like all five of those were in,” Gramlich said. “I felt like they just rimmed out, so I knew that a three would really get us the difference that we needed. So, Chelsea hit me with a pass, and I pump-faked and hit it — and I just knew I had to make it.” The Lady Tigers held on from there to even their record at 3-3 for the season. “I’m a junior now and I have a lot of experience, so I’ve really tried to become more of a leader with this team and more vocal and just try to help anyway I can and just keep us together at times,” Gramlich said. “Tonight, I felt like past teams, we would have let that game go, but tonight we somehow found a way to win — and that’s encouraging.”