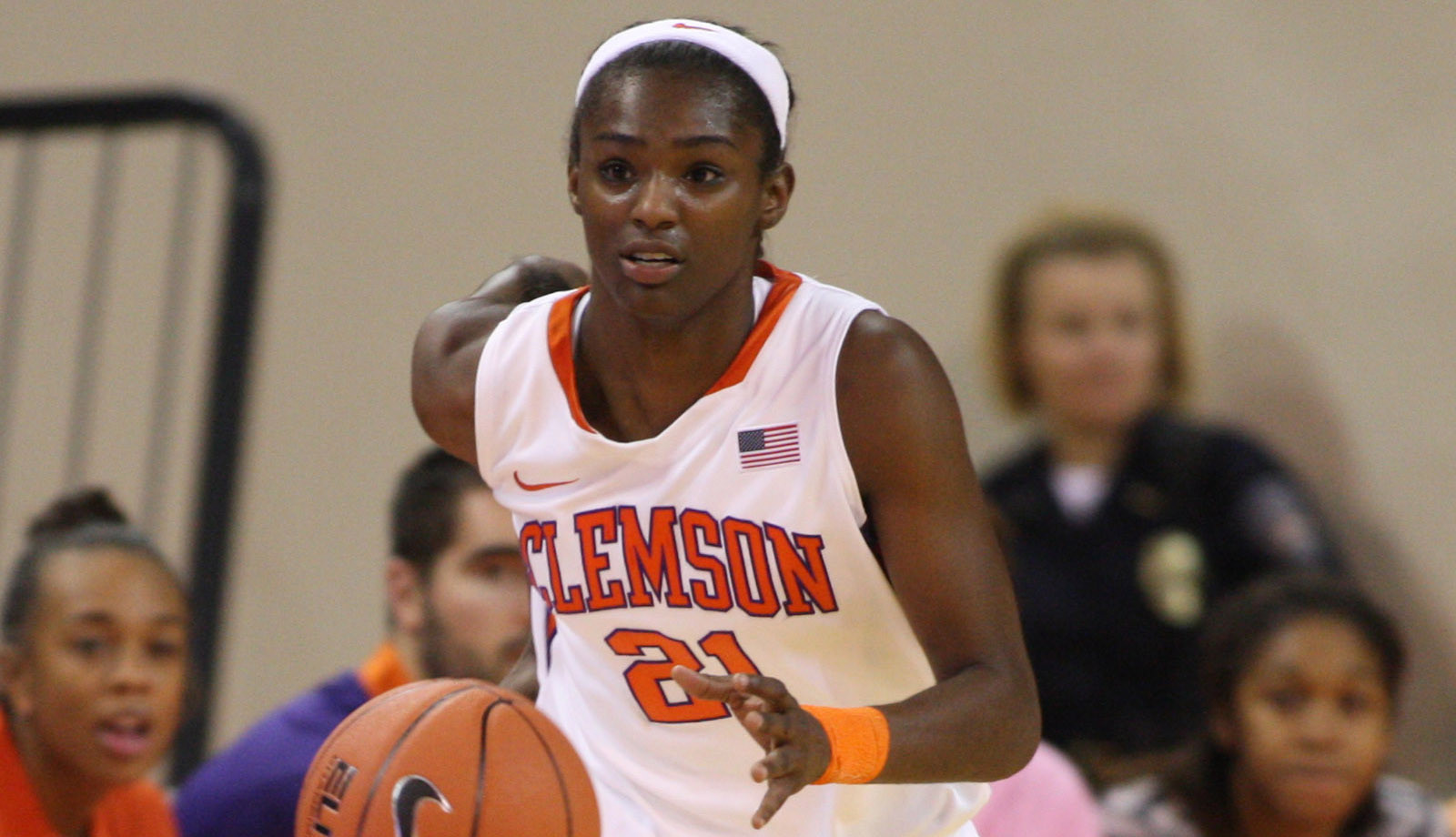 CLEMSON — When Clemson lost a week earlier with only seven players dressed out, Head Coach Itoro Coleman refused to use it as an excuse, saying seven was “enough.”

Again going only seven deep, Clemson raced out to a 20-point lead at halftime and rolled to a 74-55 win over Radford at Littlejohn Coliseum that marked its second victory in three games.

“I am just so proud of them,” Coleman said. “They came out and had great focus. We had great energy at the beginning of the game, stuck to the game plan and everybody was ready when their number was called. Seven is enough, and they believed it — and they came out here and showed it today.”

It also helps when one of the seven is Nikki Dixon.

The sophomore guard, who did not play in last week’s loss to South Carolina State, scored a game-high 21 points and also had four rebounds, three assists and two steals in the win over Radford.

“It’s because of my teammates; they were pushing it, they were looking up court,” Dixon said. “Chancie (Dunn) had great assists. Nyilah (Jamison-Myers) had a double-double. It was just because of the team that I had the opportunity to even do that.”

According to Dixon, instead of coming into the game trying to compensate for only having seven players — compared to 13 Highlanders who dressed — the Lady Tigers turned that factor into motivation.

“The squad that we have now, we’ve just come to the conclusion that we just want to play together, have passion out there, have fun, just be together at this time,” Dixon said. “Because this time we all need to be a fist and be on the same page, so that’s very important. I feel like that’s what our mindset is right now.”

Clemson (2-7) went up by as many as eight early in the first half when Natiece Ford found Jamison-Myers with a nice feed underneath for a 15-7 lead.

Radford went on a 6-2 run from that point, but Clemson answered with a 6-0 run of its own to stretch its advantage to double digits at 23-13 on a layup by Aisha Turner.

The Lady Tigers extended their lead to 14 when Kelly Gramlich drained a three from the corner to make the score 31-17, and later, Clemson took its first 20-point lead of the day with time winding down in the half on two foul shots by Turner that made the score 39-19.

Clemson took that margin into the break, made certain by an emphatic blocked shot by Dixon near half court as the Highlanders attempted a desperation heave.

The play was symbolic of the Lady Tigers’ defensive effort in the first half, as they forced 17 Radford turnovers and held the Highlanders to 26.7 percent shooting before the break.

“Defense was a huge key,” Dixon said. “We were all together, all talking. We came together when there were missed screens, everything. Everyone was in synch today, and I couldn’t be more proud.”

Dixon had yet to get going on the offensive end at that point — with just six first-half points — but she found her stride in the second half and scored 15 points after the break, many of them in transition when she simply beat the defense down the floor. With the effort, Dixon now has 33 second-half points across her last two games.

“Nikki was motivated today to play, and she got out in transition; defensively she was there,” Coleman said. “She played about 37 minutes, and she plays hard. She lays it on the line every single time she steps out there.”

And while Clemson has certainly faced its share of adversity, most recently the news two starters in Danaejah Grant and Chelsea Lindsey have opted to transfer, Dixon made it clear the team had no interest in throwing itself a pity party.

“The staff I am with and the players and everyone involved with Clemson, it’s not as hard as it appears to be because everyone has each other’s back here,” Dixon said. “I couldn’t be happier.”

For Coleman, Sunday’s performance was proof positive that seven truly is enough.

“That was great to see,” she said. “That’s what it’s all about: competing and fighting for each other. That’s what makes this win feel really good.”