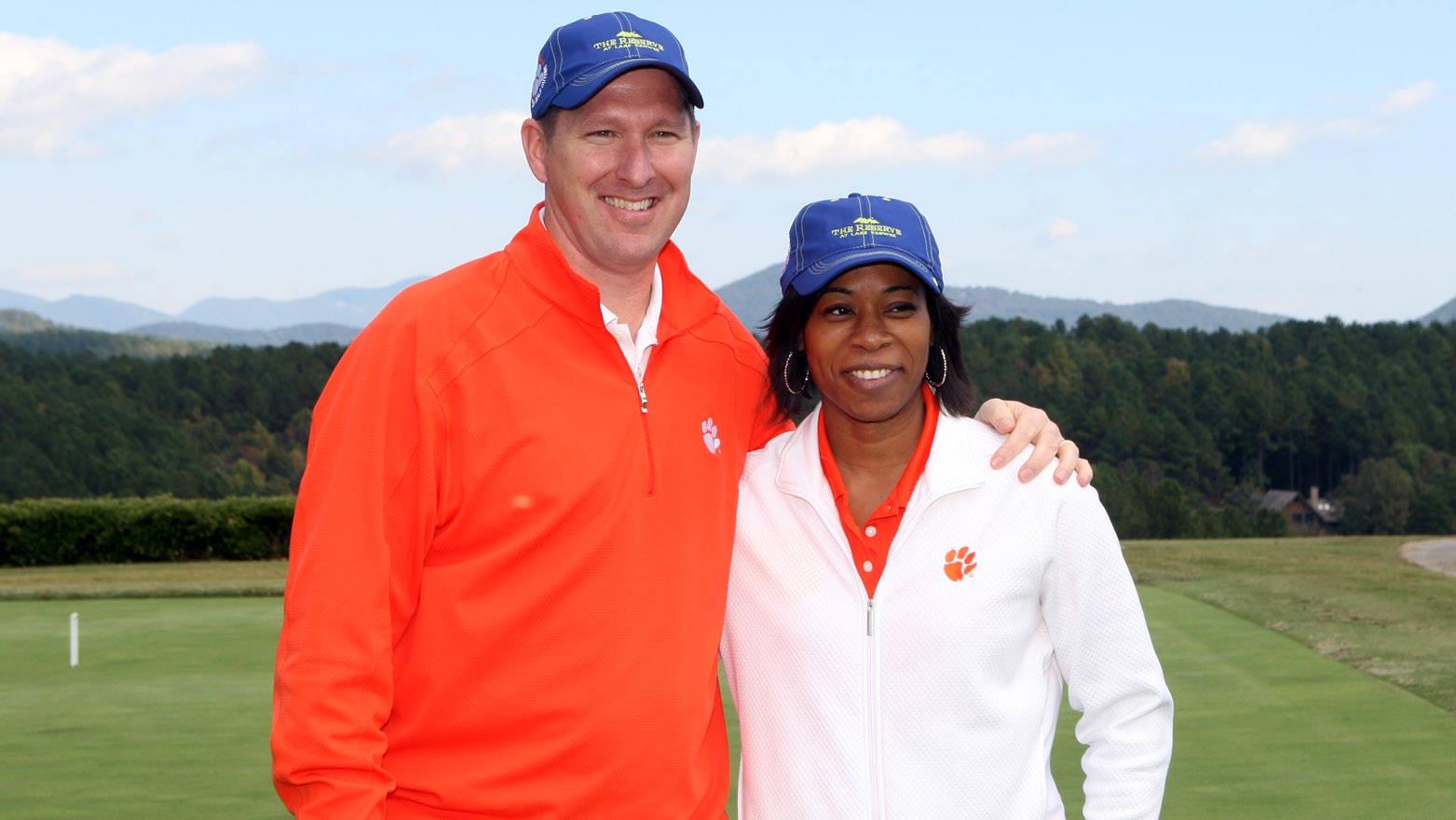 SUNSET, S.C. — Itoro Coleman understands building a consistent winner takes time. That didn’t make last year’s 6-22 finish any less frustrating for the former Clemson women’s basketball standout and current head coach.And with a roster bereft of a senior class and featuring 10 underclassmen, Coleman knows this season, which begins Nov. 11 against Presbyterian, is likely to have its share of growing pains too. But for Coleman, it’s the growing part that matters.“We’re young, but we’re talented,” Coleman said Wednesday at a media golf outing at The Reserve at Lake Keowee. “Last year’s freshmen got a ton of experience and playing time, and our freshman class that we have coming in is pretty talented. So we’re better than we were last year.”When she calls her freshmen class “pretty talented,” Coleman is clearly underselling it. The class was ranked No. 16 nationally by ESPN Hoopgurlz, features three four-star recruits and is headlined by five-star Jonquel Jones, the country’s No. 17 player. Clemson also brought in Louisville transfer Charmaine Tay, the No. 15 player in the nation by ESPN Hoopgurlz in 2010, who will be eligible as a sophomore in January.“We’ve been able to make a lot of strides in recruiting, and that shows in this year’s freshman class,” Coleman said. “We are definitely attracting the type of players that are going to get us back to national prominence.”And that starts with the addition of Jones, originally from the Bahamas, who moved to Riverdale Baptist School in Maryland after her sophomore year of high school, and was largely an unknown on the national recruiting scene at that point.Jones wasn’t an unknown to Clemson recruiting coordinator Yolett McPhee-McCuin, also a native of the Bahamas, however, and so the Tigers pursued her extensively.

Jones had grown from 5-foot-11 to 6-foot-2 from the time she came to America to when she signed with Clemson last November. She grew two more inches over the summer, giving Coleman what she says is the first 6-foot-4 wing she’s ever coached.“Jonquel, her work ethic is impeccable,” Coleman said. “This kid works so hard, and every accolade she’s gotten is because she’s earned it. This is a kid that will get up at 5 o’clock in the morning and go to the gym and get up about 500 to 700 shots before classes start. “And this is something that she was doing in high school. … Jonquel is going to be a special player by the time she gets done here at Clemson.”The incoming class also features guards Aisha Turner and Danaejah Grant, as well as in-state post player Nyilah Jamison-Myers, along with Jones and Tay.Still, Coleman knows this season’s fortunes are going to depend heavily on the play of her veterans. Sophomore Nikki Dixon is the top returning scorer at 12.4 points per game, as well as the returning leader in steals at 2.6 per game, while junior Quinyotta Pettaway is the leading rebounder coming back at 7.2 per game.“Our (veterans) put in a lot of work this summer, which is definitely going to benefit these freshmen coming in,” Coleman said. “Now they know what the expectations are. They have people in front of them to kind of show them how we do things here. So I’m excited. ‘We’ve had four days of practice (through Wednesday). We’re still working out the kinks, but from an intensity standpoint, it’s there. These kids are very hungry.”And while the Lady Tigers may be young, that doesn’t mean they’re inexperienced. The team returns 74 percent of its scoring and 76 percent of its rebounding from last season, and also returns five players with significant starting experience in Dixon, Pettaway and guards Chelsea Lindsay, Kelly Gramlich and Chancie Dunn.“I think there will be some growing pains, but it won’t be from not competing and it won’t be from not working hard,” Coleman said. “And that’s what this team has consistently been able to do, through the preseason up until this point, I have never had to coach, ‘Go hard.’ It’s X’s and O’s. It’s tweaking some things. “And that’s the difference. They understand what that means now. They know what it looks like. And that’s a compliment to the returners coming back. They’ve done a good job of painting the picture for these young kids, and now the young kids, they have to carry their weight right now.”