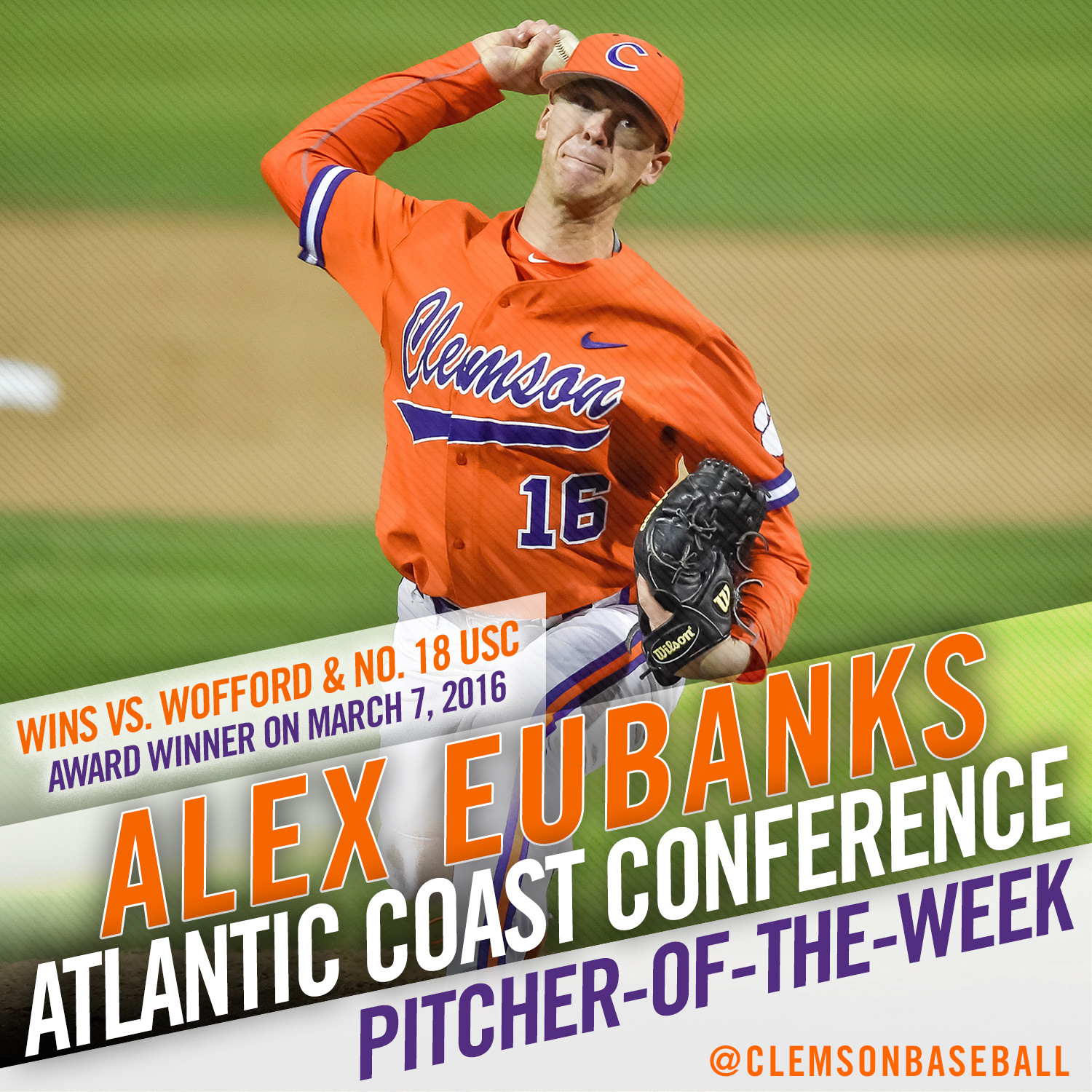 GREENSBORO, N.C. – Clemson righthander Alex Eubanks was selected as the ACC Pitcher-of-the-Week, while NC State’s Chance Shepard and Wake Forest’s Will Craig were voted ACC Baseball Co-Players-of-the-Week. ACC weekly honors are determined by a vote of a select media panel. This is the second straight weekly award for Shepard, the third career honor for Craig and the first for Eubanks.

Eubanks, making just his third and fourth appearances of his career, earned wins in both his outings against a 7-0 Wofford team and 10-1 South Carolina squad ranked No. 18 in the nation. In the two appearances, he allowed just six hits for a .167 batting average, one run (0.87 ERA) and one walk with eight strikeouts.

The freshman from Moore, S.C., retired all eight batters in relief to earn the win against Wofford on Tuesday. In his first career start, he pitched 7.2 strong innings to earn the win against the Gamecocks on Sunday, allowing only six hits, one run and one walk with eight strikeouts as the Tigers clinched the series victory over their rivals.

On the season, Eubanks is 2-1 with a 1.06 ERA and .167 opponents’ batting average along with allowing just two walks with 20 strikeouts in 17.0 innings pitched over four appearances.