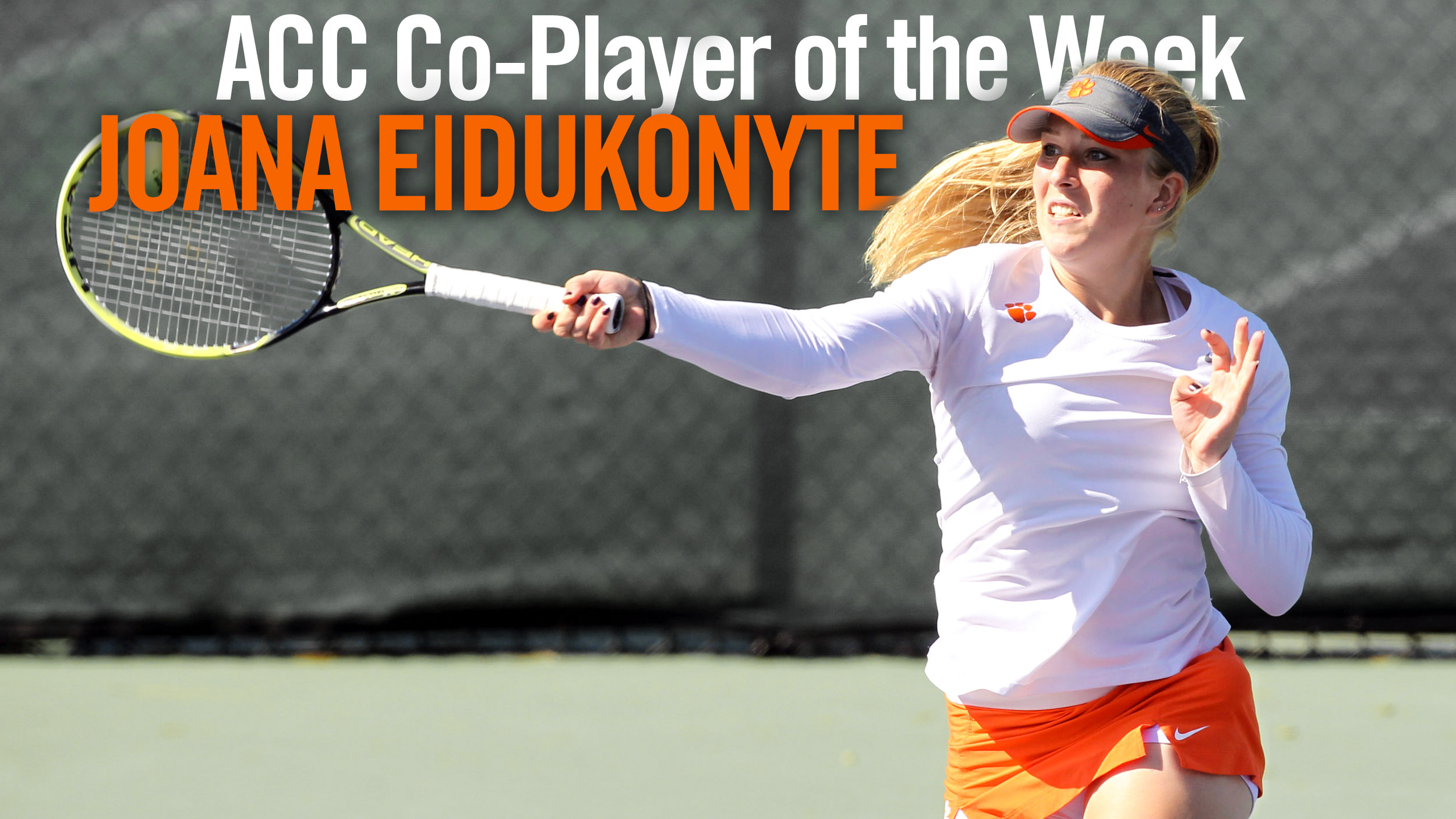 CLEMSON, S.C. – Joana Eidukonyte has been named the Atlantic Coast Conference’s Co-Player of the Week for her role in Clemson’s two stunning upsets last week. Eidukonyte earned the clinching point in a nearly three-and-a-half-hour singles match to beat No. 1 Duke, and tied the Tigers’ match against No. 7 North Carolina at 3-3 after Clemson had trailed, 3-0.  The Lithuanian has compiled a 14-5 singles record this season, including a 6-1 mark against ACC opponents. In addition to her two singles wins last week, she also teamed with Jessy Rompies to win both of their doubles matches, including an 8-4 win over No. 80 Mulholland/Scholl of Duke. The potent duo is 6-0 together.  Eidukonyte is Clemson’s first Player of the Week this season, and first in 364 days, as Yana Koroleva claimed the honor in the final week of the regular season in 2013.  The team, which tied for the regular season championship, is back in action on Friday at 9 a.m. in the quarterfinals of the ACC Championships in Cary, N.C.