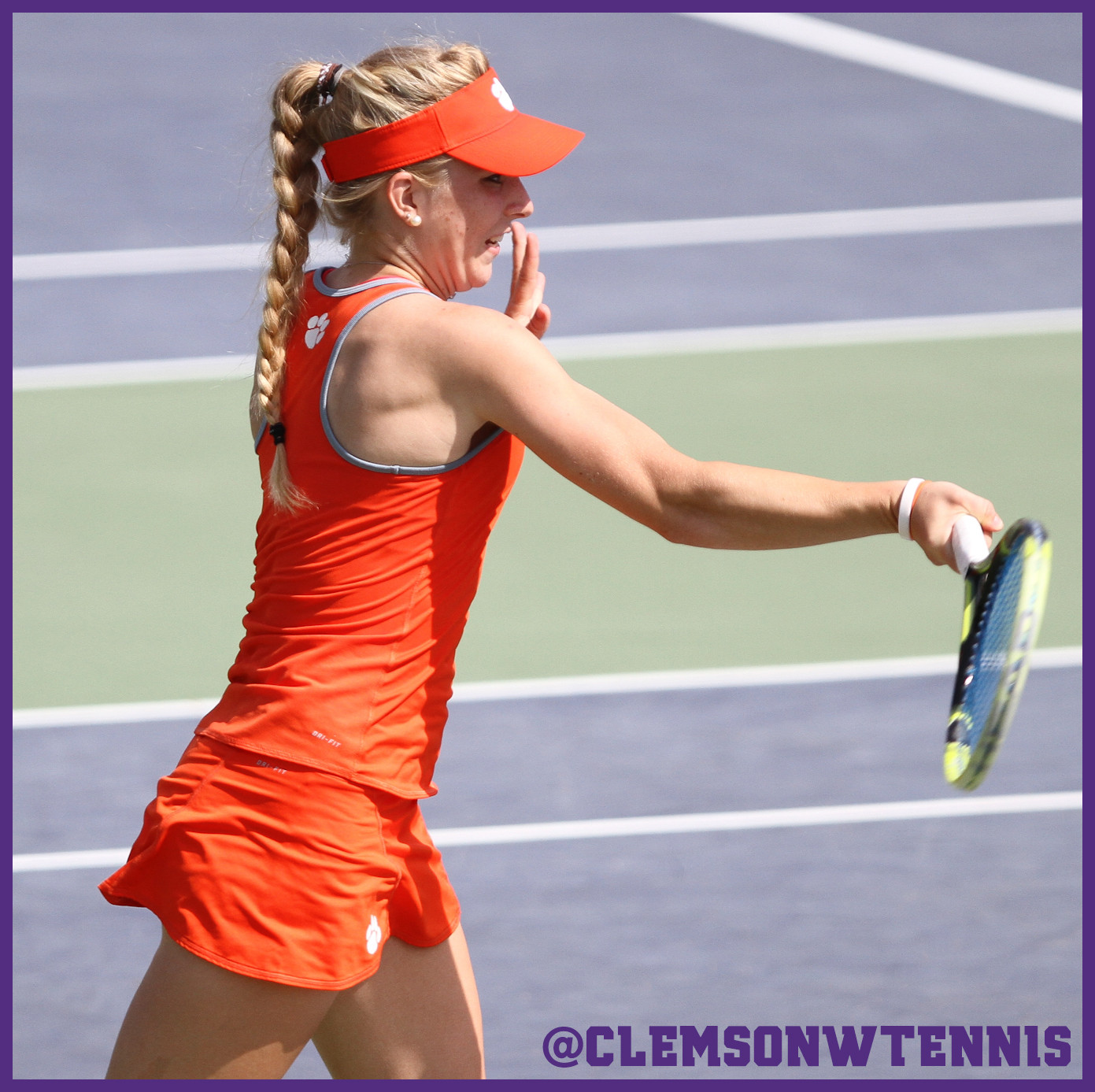 CHAPEL HILL, N.C. – Senior Joana Eidukonyte won her semifinal match on Sunday at the ITA Carolina Regional in Chapel Hill, N.C.  Eidukonyte, from Vilnius, Lithuania, will play in the title match at the regional tournament for the second-straight season, as she also competed for the singles title in 2014.

On Sunday, Eidukonyte defeated South Carolina’s Paige Cline by a score of 6-3, 7-5 in the semifinal round. She has now won five straight singles matches in the tournament, with all five wins coming in straight sets. Eidukonyte, the No. 2-seeded player in the singles bracket, faces the tournament’s top seed, Hayley Carter of North Carolina on Monday at 10 a.m. The winner of the match will receive an automatic invite to the ITA National Indoor Intercollegiate Championships in Flushing Meadows, N.Y. from Nov. 12-15.

In the doubles semifinal, Eidukonyte and freshman Theresa Piontek, a native of Eltville, Germany, won their fifth match of the tournament with an 8-5 victory over South Carolina’s Berg and Folland. The Gamecock pair was the No. 4-seeded team in the doubles draw, and the win was the Tigers’ second over a seeded team, as they also defeated the top-seeded team from Duke earlier in the tournament. In the doubles title match, the pair lost an 8-3 decision to No. 2-seeded Aney and Vialle of North Carolina.