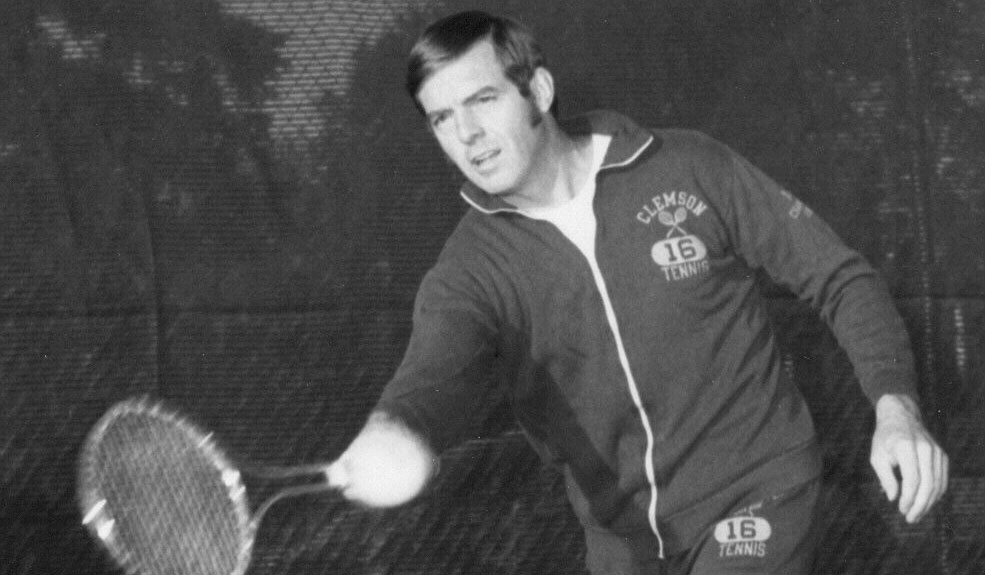 By Sam Blackman March 23rd, will mark the 51st anniversary of Duane Bruley coaching his first tennis match at Clemson, and the Tiger program is much the better because of his arrival.  Bruley was the head coach of the Tigers in 1963-1973. He led the Tigers to their first Atlantic Coast Conference Championship in 1969 with a 16-0 mark.   He served as the head coach for 11 seasons. Bruley served as professor of chemical engineering at Clemson. Bruley had a 150-42 record at Clemson and is the winningest coach at Clemson as far as winning pct. for coaches with ten or more years experience regardless of sport. “I got my doctorate at the University of Tennessee and I coached tennis there,” said Bruley. “I had won the Knoxville city championship and I had been giving lessons and this is how General Neyland heard about me and gave me the job of head tennis coach at the University of Tennessee.  “I had a job offer at Clemson teaching in their chemical engineering department, and I was really excited about it.   I had no idea about the tennis coaching job being open at Clemson. In fact, I didn’t think I would coach anymore. “It so happens that Coach Frank Howard contacted me once I accepted the teaching job at Clemson.  He told me they were losing their coach this season and he needed a tennis coach. Again I hadn’t planned on coaching tennis anymore, but it was so tempting that I took the offer.   I really appreciate Coach Howard helping me and giving me the opportunity to be the head tennis coach at Clemson. “I remember one day that Coach Howard wanted to see me.    I nervously went to his office, I had no idea what he wanted. “He told me in his gruff voice, ‘You know Bruley, I always thought tennis was a sissy sport.  But I just want to shake your hand and congratulate you.  Anyone that beats Georgia Tech is all right with me.’   I will never forget that.  We had beaten Georgia Tech earlier in the week.  He told me I was doing a great job so I felt really great about what we were doing.   “I also officiated junior tournaments and I got to meet some wonderful people and this helped in our recruiting as well.   “I never will forget my first match as head coach at Clemson.   We were playing our rival South Carolina in a conference match on March 23, 1963.   We defeated the Gamecocks 9-0. What made this match so unbelievable is that we did not lose a game in the entire match! We won every set 6-0.  All six singles and all three doubles matches were 6-0, 6-0. I never heard of a match being won like that before or since.   It was a great way to start my career at Clemson,” said Bruley