Playing college football did not even cross the mind of long snapper Tyler Brown when he made his decision to attend Clemson. He knew he wanted to get involved with the football team and was able to intern for Joey Batson, Tiger football’s director of strength & conditioning.

Brown spent over two years assisting Batson while working in a football environment that was so familiar to him from playing long snapper at Eastside High School in Greenville, S.C.

“During that time, being with the guys made me miss being part of a team, and I thought I might as well walk on and see what happens.”

After three tryouts, he earned a spot for the 2018 season as a tight end. At the time, the long snapper position on the roster was full, but Brown was happy to go where he was needed in order to earn a spot on the squad.

Prior to Clemson, Brown had never played the tight end position, not even a day of offense. He became overwhelmed during his first season on the scout team, as one would be facing defensive tackles like Christian Wilkins and Dexter Lawrence.

Brown knew that long snapping was the end destination for him, and it would take some time to get there, as he moved to that position during the 2019 spring practice.

“If you really want to make your dream happen, you can do it…you just have to sacrifice a lot and put it all out on the line,” explained #52.

“We have been through everything together,” said Brown on the Tigers’ first-team long snapper. “We have a great relationship. We have an interesting group because we are different than the other positions. The less people know about you, the better.”

In other words, the long snapping position does not receive a lot of praise. If a fan does know the name of the person at the position, it is unwelcome attention. 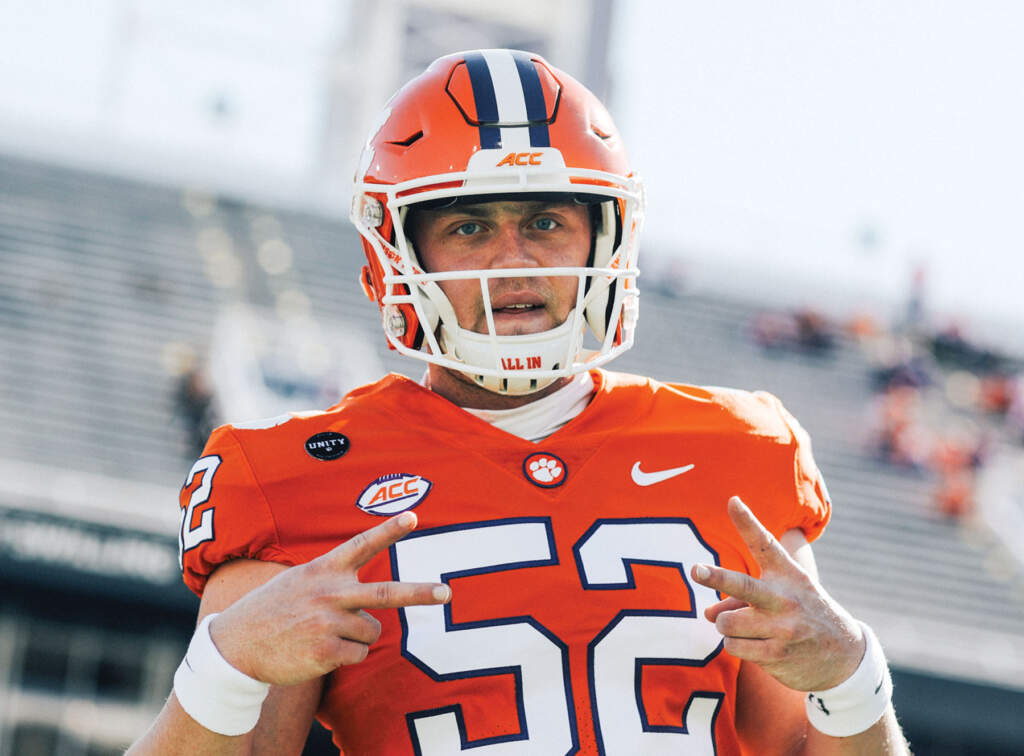 The relationships he has formed with the specialists go far beyond the field.

“We all feel comfortable enough with each other to talk about life, and if someone needs help, we are there. It’s definitely a lot deeper than just being on the field and doing our jobs.”

Brown was immensely proud the day he officially made the team. The amount of work to get his body prepared to play at the Division I football level is difficult for him to describe.

“It was rough for awhile. Putting in all this work and then getting told ‘no’ was tough, but when they finally told me I had a spot, it was probably one of the best feelings I have experienced in my life. Making the team was a massive deal.”

To this day, Brown remembers his parents’ reactions to the news that he had earned a spot on the football team. It was an unforgettable moment they shared together, as his dream was fulfilled.

“I put in so much work and I always wanted to play college football, but I never thought it was a reality. To have the chance to play on this stage is an amazing opportunity.”

Brown graduated in August with a degree in anthropology and is currently working on prerequisites in order to attend physical therapy school. He is also a three-time ACC Academic Honor Roll member.