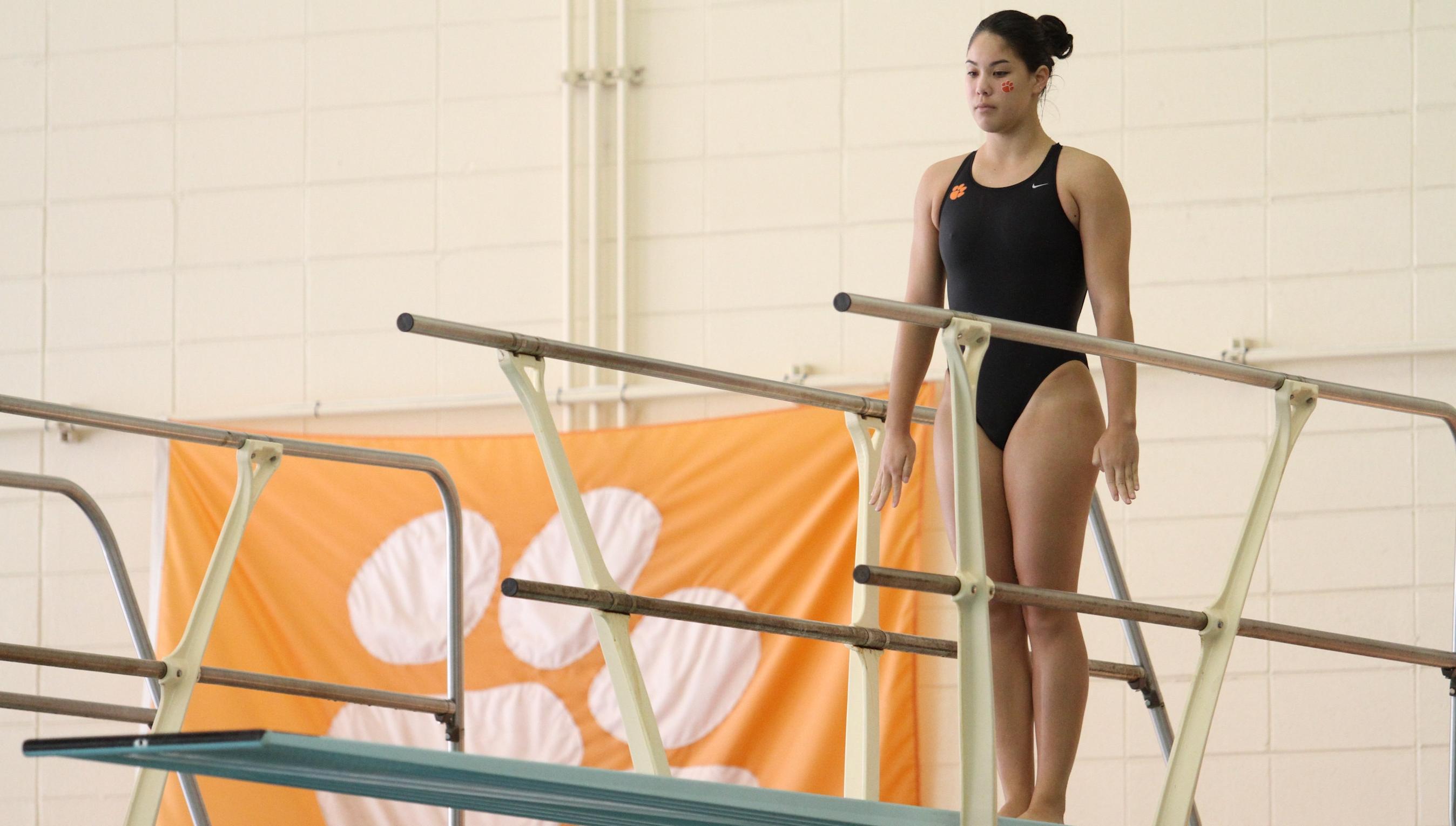 GREENSBORO, NC – The Clemson women’s diving team defeated in-state rival South Carolina 25-13 in the first ever meeting between the two in diving on Wednesday in Greensboro, NC. The Tigers are now 6-1 in dual meets this season.

“I am very proud of our team today,” said Clemson Head Coach Leslie Hasselbach Adams. “The ladies have been training very hard here in Greensboro. They dove from the heart today and laid it on the line and it all worked in our favor.  I am extremely excited for our Tiger Diving Team. This was a great way to close out the 2013 year.”

Chelsea Uranaka led the Tigers with a score of 287.55 to take first in the three-meter event. It was her second first-place in that event this season while her score was the second highest three-meter score on the team this year.

In the one-meter diving, Juliana Melchionda finished second to lead the Tigers with a score of 261.30. South Carolina diver Lauren Iamendola took first with a score of 273.60. Jessica Resler finished third with a career-high 257.00. Megan Helwagen took fourth in the event with a 250.65 and Tabitha Banks finished fifth with a 223.45.

Freshman Sarah Braun was the lone competitor in the platform event. She recorded a season-high in that event with a score of 223.20.

The Tigers will return to action in 2014 when they open the New Year at the Georgia Invite on January 3-5 in Athens, GA.