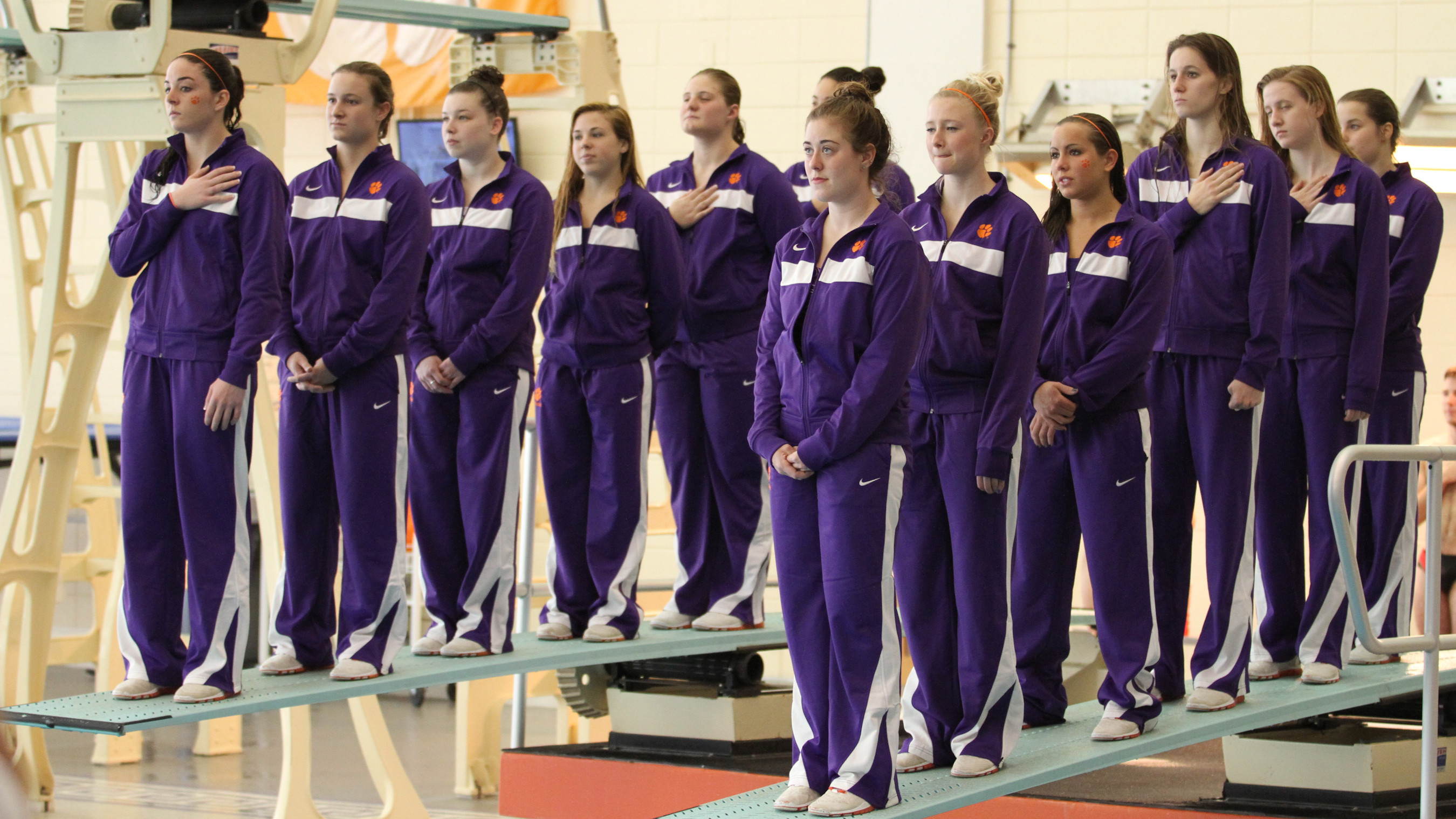 CLEMSON, SC – The Clemson women’s diving team will open their 2013-14 season on Saturday when they host Georgia Southern and Richmond at 1:00 PM in McHugh Natatorium. Admission is free.

“We definitely have more of a purpose this season,” said Head Coach Leslie Hasselbach Adams. “Last season, half of the team was brand new and we got a chance to kind of get our feet wet. This year, we have only one freshman and we have three seniors. The girls are focused and dialed in on what they are trying to do.”

Saturday’s meet will be just the second ever home meet for the Tigers as they begin their second season as a program. The Tigers hosted Davidson in their first ever meet last season.

Clemson will compete against former Tiger David Giambra, who is now the head diving coach at Georgia Southern. Giambra was a diver at Clemson from 2006-09 and was coached by Hasselbach Adams.

“I am very excited to have David come back home,” Hasselbach Adams said. “I am super proud of him for getting in to the coaching profession. He has done a tremendous job at Georgia Southern and I know he is excited to bring his team here to compete.”

The Tigers return 10 of 12 divers from the 2012-13 squad, including four that participated at NCAA Zones. Megan Helwagen, Emily Howard, Juliana Melchionda and Chelsea Uranaka each represented Clemson in at least one event at the NCAA Zones last season.