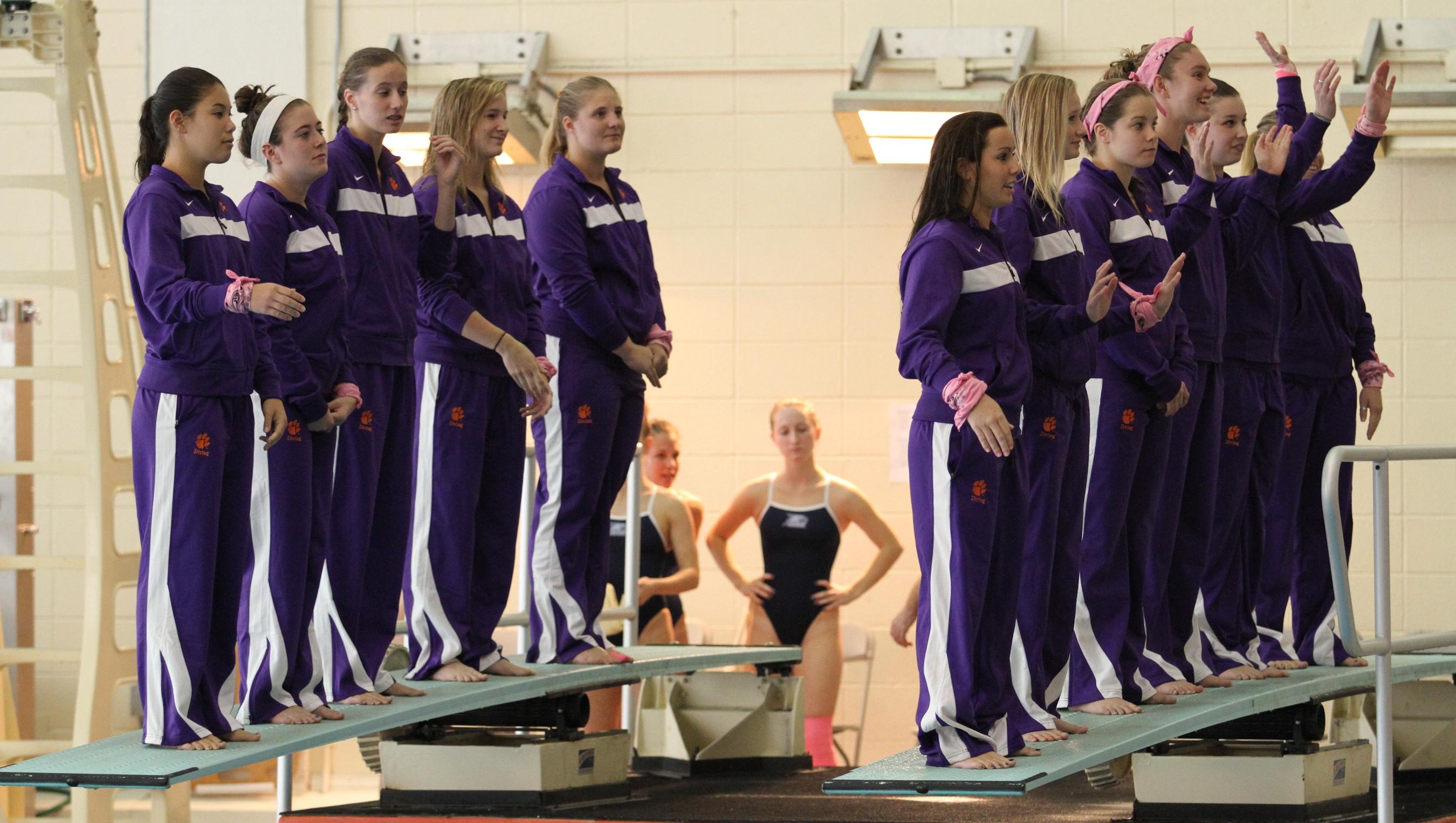 CLEMSON, SC – Danielle Reitsma, a native of Calgary, Canada, has joined the women’s diving team, Head Coach Leslie Hasselbach Adams announced on Wednesday. Reitsma enrolled in school last week and will be able to compete with the team for the remainder of the 2013-14 season.

“We are thrilled to have Danielle join the Tiger Diving family,” said Adams. “Danielle is a highly experienced diver and competitor and I am excited for her to make an immediate impact in our program as we head into the second half of our season.

“She is a determined, passionate, and disciplined athlete which will greatly compliment the team culture we are cultivating in our program. Danielle could not have picked a better place to earn her degree and continue to pursue and achieve her goals in diving.”

Reitsma comes to Clemson after training and competing for the diving club Dive Calgary, where she was Canadian Junior National Qualifier and finalist since 2008. Most recently, she finished fourth in the Girls Group A platform event at the 2013 Speedo Junior Elite National Championships.

Reitsma also won a silver medal in the girls’ one-meter and platform events at the 2013 Toon Town Western Classic while earning bronze medal in the Girls Open one-meter at that meet. She also had the opportunity to travel to China with her team as a part of an 11-day training camp in March of 2013.

Reitsma is one of two Tiger divers from Canada on the 2013-14 squad. Sophomore Jessica Resler also hails from north of the border.