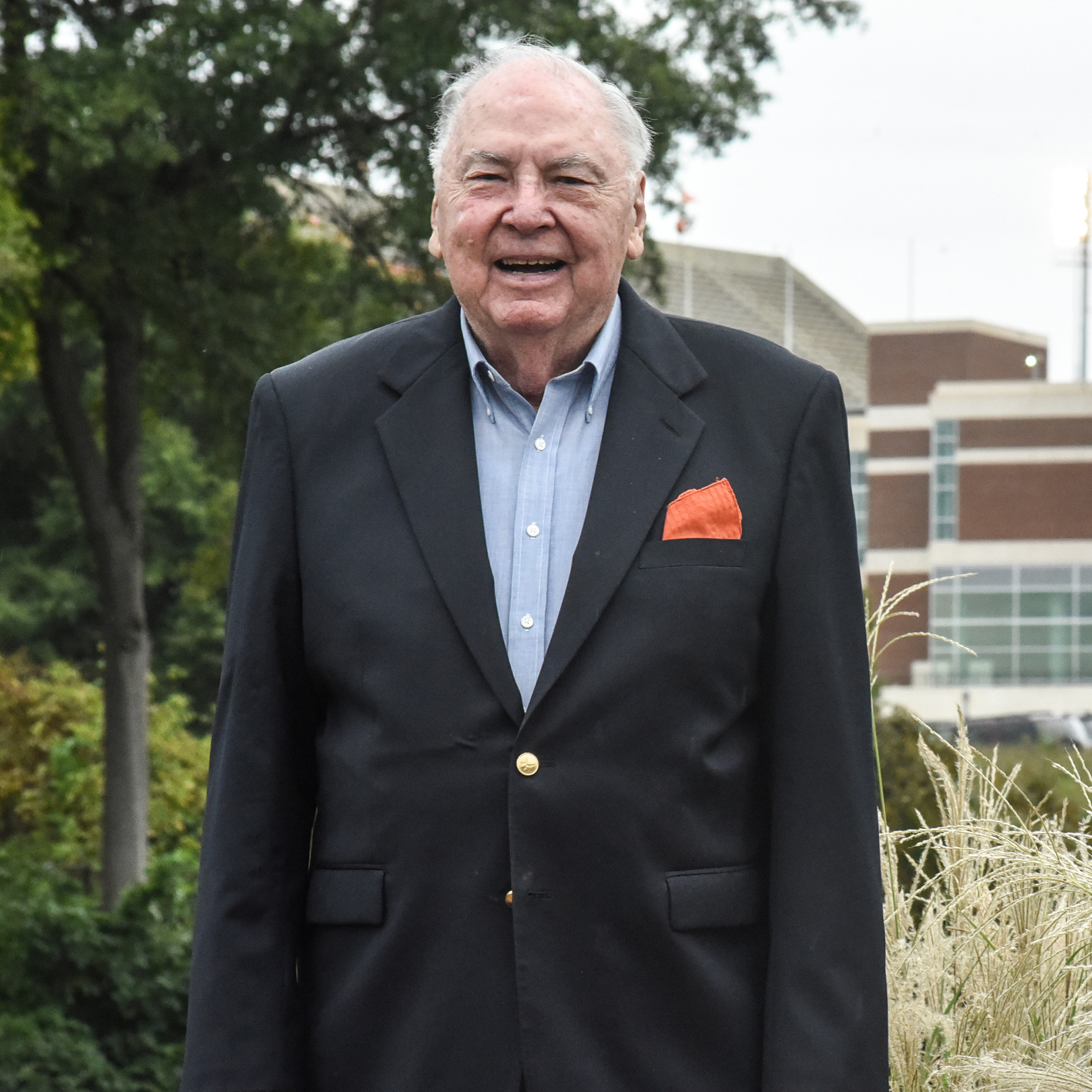 On several occasions, head coach Dabo Swinney has spoken about a young man choosing Clemson as not a four-year decision, but a lifetime choice. As Swinney has said, the relations made, the friendships fostered and memories made will shape your life for years to come.

On Saturday, former Clemson University president Phil Prince, a 1949 Clemson graduate and four-year letterwinner on the gridiron, will be honored as the recipient of the Clemson Distinguished Athletes Award.

This honor, established by Margaret Bond and her late husband, Steve Bond, is a perpetual award given to honor former Clemson student-athletes who have shown great character and become outstanding citizens in life after their time in Tigertown.

When reading the qualifications for the award, it would seem as if it was written to describe the life of Phil Prince. It also shows the lifetime devotion that Prince has had with his alma mater.

Margaret Bond was pleased to announce Prince as the 2015 winner of the award.

“I am very proud to announce Phil Prince as the 2015 recipient of the Clemson Distinguished Athletes Award,” said Bond. “His exemplary character and giving nature to his family, community and Clemson make him the perfect choice. I know my late husband, Steve, would totally agree with my decision. Phil embodies the exact qualities we set out to recognize and honor with this award.”

This tremendous honor from the Bond family comes with a customized gold ring, which will be presented to Prince at tonight’s game against Boston College. Also, Prince’s name will be on permanent display on a plaque at Vickery Hall, where all current Clemson student-athletes see when entering the building.

Prince is pleased to be honored with a such a prestigious award.

“I was astonished when I was notified about being the recipient of this award,” stated Prince. “To be honored in such a special way means a great deal to me and my family. I am so honored to be remembered in such a way.”

Prince, a native of Erwin, Tenn., came to Clemson in 1944, but his time on campus was cut short by World War II. During the 1944 season, he started the season opener at offensive tackle for Clemson. The next time a freshman earned a starting role at the beginning of a season at offensive tackle was 2015, when Mitch Hyatt opened the year at that important position.

A member of the infantry, Prince was on a ship to the Philippines when the war was decided.

“When we received word the war was over, the ship turned around and went to Hawaii,” he recalled. “All of the soldiers were processed. Those who had served long enough were sent home. Those like me got back on the boat and continued to the Philippines. I guess you could say that was my free Asian excursion.”

Following his time in the service, Prince returned to Clemson in time for the 1946 season. After consecutive 4-5 seasons in 1946 and 1947, he was a part of the first undefeated Tiger team since 1900. The 1948 squad posted an 11-0 record, including a 24-23 victory over Missouri in the Gator Bowl. The Southern Conference champion (the ACC was not formed until 1953) finished No. 11 in the AP poll.

Prince, a co-captain of the 1948 team, played a key role in securing the perfect season. As a starting lineman, he made a play that all Tiger fans are still proud of today, blocking a punt against South Carolina that was returned for a touchdown by teammate Oscar Thompson. It proved to be the difference in the 13-7 victory over the Gamecocks.

“That 1948 team was so very special, but not just because we were undefeated or untied,” said Prince. “It was special because of the people. I still cherish that experience to this day. A number of folks from that team are not still with us, but I think of that group often.”

There is another reason Prince’s time on the field was memorable. Playing for Hall of Fame head coach Frank Howard can never be forgotten.

“Coach Howard was one of a kind, there is no question about it,” said Prince. “He had a way about him that was unique, to say the least.”

Years later when Prince served as Clemson’s president, he received a visit from the legend of Barlow Bend, Ala.

“I saw coach Howard one day and he growled, ‘Hey ‘pres.,’ remember when I used to kick your rear end (in practice)?’ I told him, ‘I sure did!’ That was coach.”

Following his time at Clemson, Prince spent one year in professional football. Standing just six feet tall and weighing only 210 pounds, Howard had even more advice for his former pupil.

“Coach Howard told me, ‘Prince, at least you are small enough to outrun them.’ That was my instructions from him as far as pro football!”

Following his stint at the professional level, Prince went on to make his mark in the business world, first at Milliken & Company in various management and executive positions from 1951-67, and then served as vice president. In 1978, he became senior vice president of American Express. In 1983, he accepted a similar position with SYNCO Properties in Charlotte, N.C., until his retirement in 1985.

When Clemson University president Max Lennon resigned in 1994, the Board of Trustees chose Prince to serve as acting president for 11 months, and he was named president by the board on Sept. 30, 1994. In May 1995, he was recognized for his leadership and life-long commitment to Clemson with an honorary doctorate of humanities degree from Clemson.

Of all the ways Prince served Clemson, his time as president is still special to him. Prince, who lives a stone’s throw from the campus he loves, remains proud of his school.

“The honor and privilege of serving as president of Clemson meant a great deal to me,” added Prince. “I had the opportunity to work with so many wonderful students and faculty. Clemson is and will always be such a special place in that everyone works together for it to be great.”

When Phil Prince is recognized Saturday, all in attendance should take note of his dedication to his alma mater. He made a lifetime choice in 1944 that is still strong to this day.