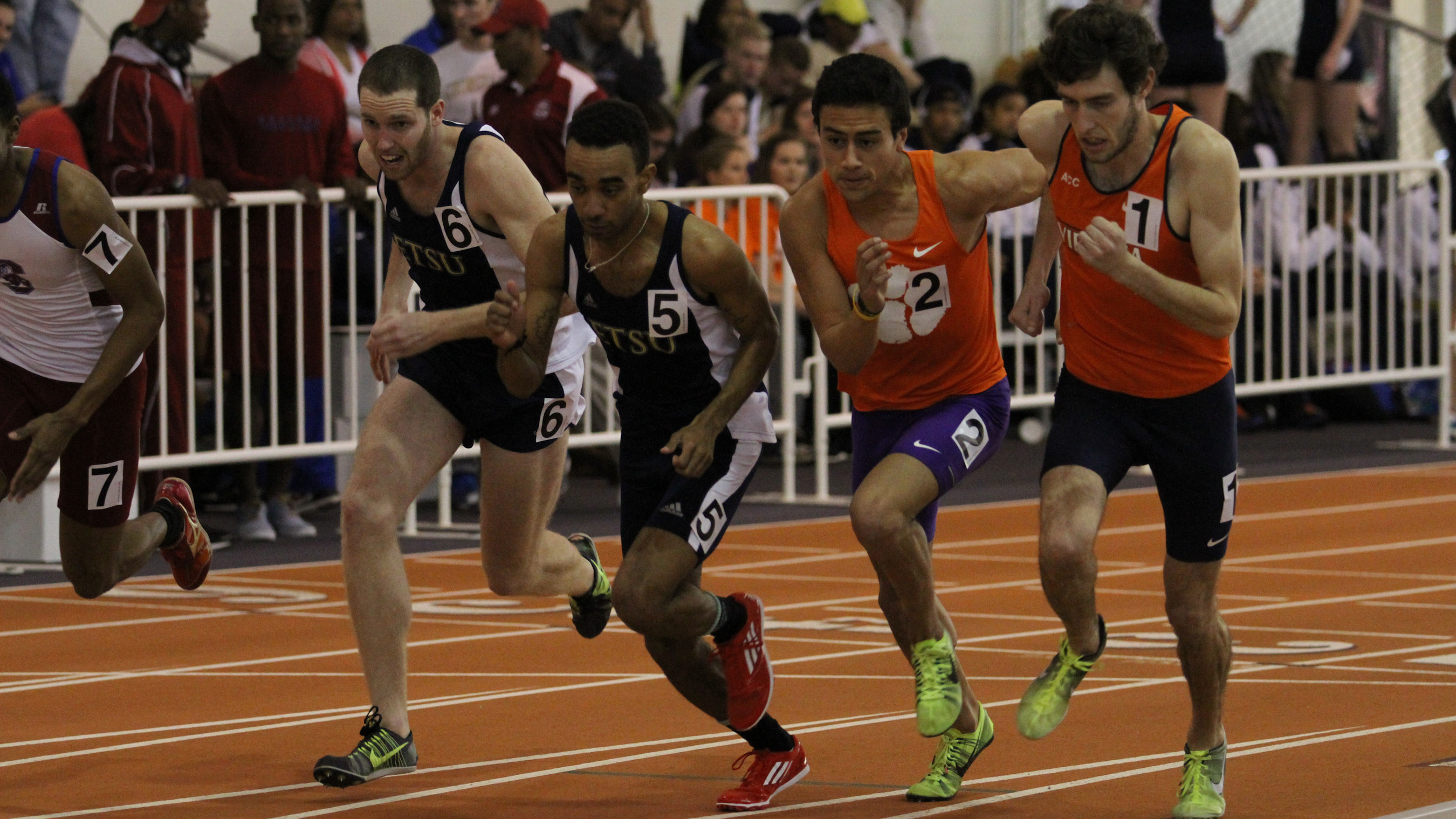 Day One at the Cherry & Silver Invitational in the Books

ALBUQUERQUE, NM – Clemson concluded the first day of the Cherry & Silver Invitational late Friday night at the Albuquerque Convention Center. In all, it was a solid day’s worth of performances for the Tiger track & field teams on the same track that hosts the upcoming NCAA Indoor Championships in March.

Clemson opened up some female sprinters in the 200 Friday. Sabria Hadley was the most impressive. The young freshman out of the Sunshine State posted a time of 24.63 and was 13th out of 93 total competitors. Male counterpart Tevin Hester, a sophomore, was eighth (21.48) in the men’s 200.

Malayshia George opened her season in her signature event Friday, the 400 dash. The freshman out of Norcross, GA and reigning state AAAAA high school champion in the event posted a time of 55.58 and was fourth out of nearly 60 participants. Nyjah Cousar followed in fifth, just six hundredths of a second off her pace.

The Tigers competed in some 600-meter races Friday as a prelude to Saturday’s longer distances. In the women’s competition, junior Nia Fluker turned in a time of 1:32.08 to take second place out of 32 runners. Aaron Ramirez was fastest among Clemson’s male runners, placing fourth out of 30 competitors with a time of 1:20.43. In the longer distance, the men’s 3K, Roland Hakes was fifth with a time of 8:41.63.

Torian Ware took third in the men’s high jump. The junior from Crawfordville, GA cleared the bar at 7’0.25″ to match his season-best. In the other men’s vertical jump, freshman Aaron Owens was 11th in the pole vault with a season-best 16’0.75″ clearance.

Mimi Land and Whitney Fountain both placed inside the top 10 of the women’s long jump. Land was seventh with a leap of 19’5.25″ and Fountain 10th at 19’0.5″. Both will compete in more action Saturday. Jameel Abdul-Mateen debuted in the men’s long jump Friday and finished ninth with a leap of 23’8.25″. He has been battling injury the last several weeks.

The teams return to action Saturday to wrap up the two-day meet. Full results are available online at LiveRunningResults.com. Fans can also follow Clemson’s performances on Twitter (@CUTrackandField).