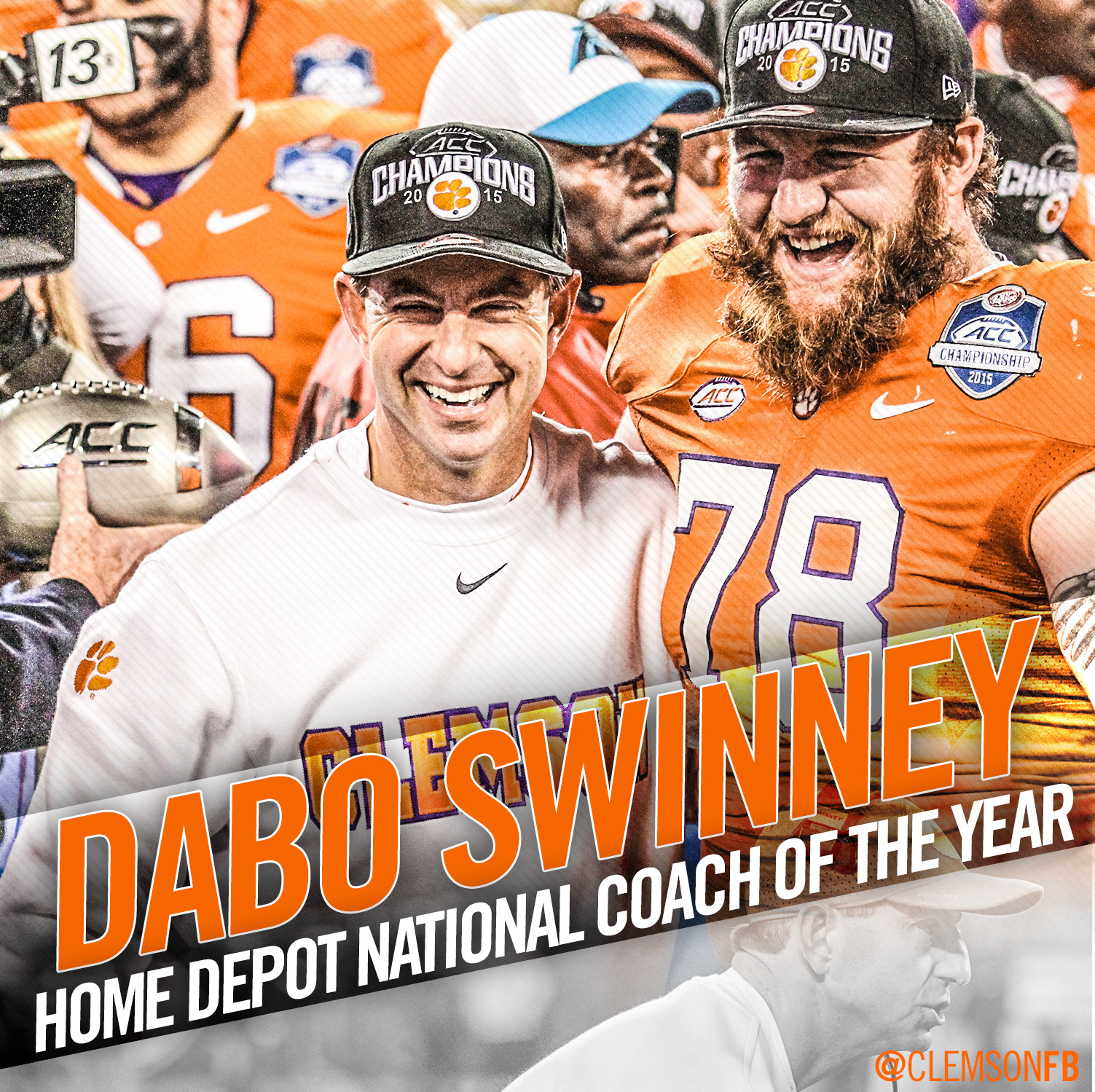 Dabo Swinney ? Coach of the Year

With Swinney at the helm, the Tigers defeated three top-25 teams in the Associated Press poll (No. 6 Notre Dame, No. 17 Florida State and No. 8 North Carolina) and earned six straight No. 1 rankings by the College Football Playoff.  Under Swinney, Clemson posted nine straight games with at least 500 yards of total offense.  He has led the Tigers to the longest active winning streak in the nation (16 games), dating back to last season.  The No. 1 Clemson Tigers will face No. 4 Oklahoma in a College Football Playoff Semifinal at the Capital One Orange Bowl on Dec. 31, 2015 at 4 p.m. on ESPN