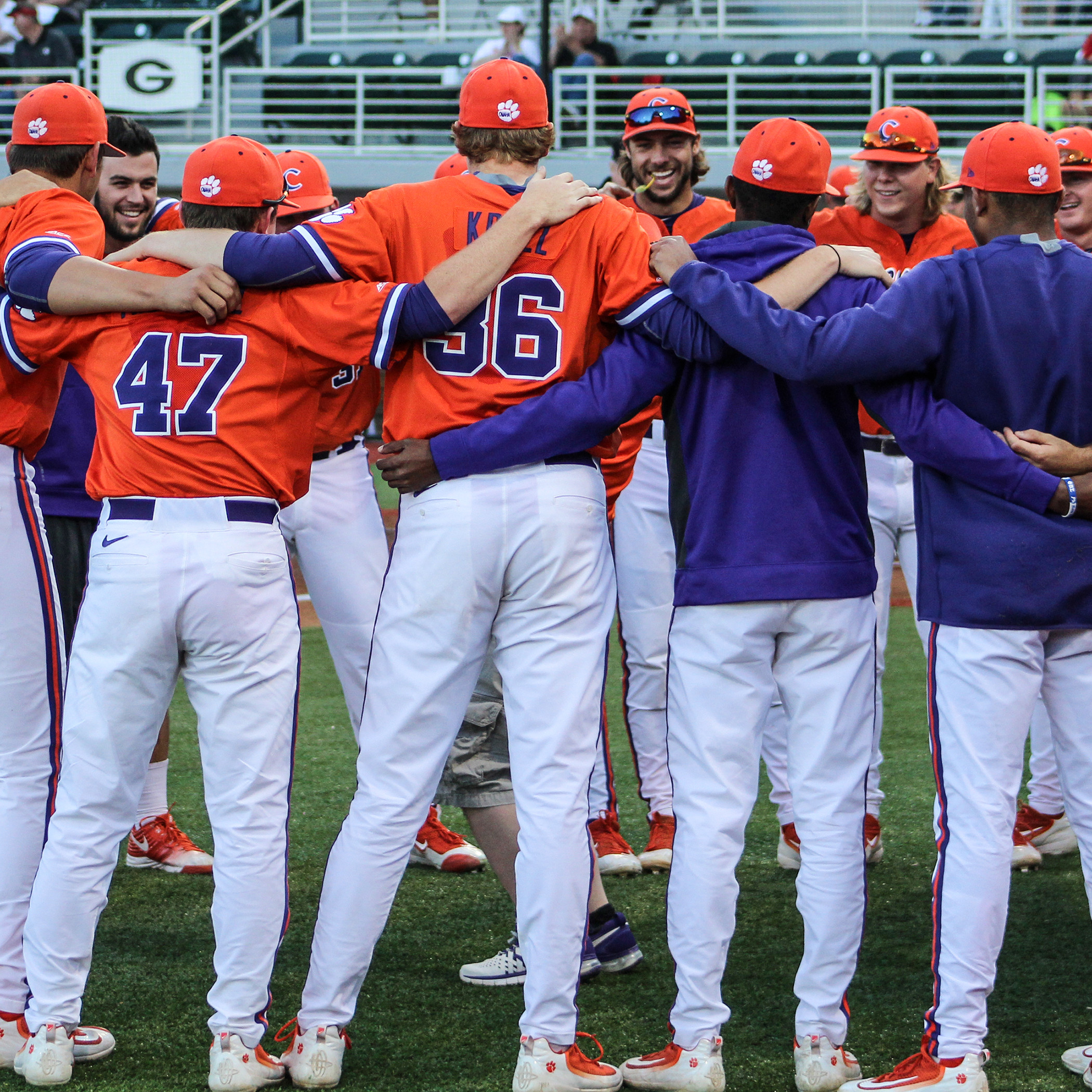 CU Travels to No. 6 Louisville

The Tigers travel to Louisville for the first time to face the Cardinals in an ACC Atlantic Division showdown.

CLEMSON OVERVIEW• Clemson rallied for a dramatic 7-6 walkoff win in 10 innings over Western Carolina at Doug Kingsmore Stadium on Tuesday night.• The Tigers are averaging 6.8 runs per game and hitting .282 with a .394 on-base percentage and 28 steals.• The pitching staff has a 3.60 ERA, .243 opponents’ batting average and 2.39 strikeout-to-walk ratio and Clemson is fielding .962.

LOUISVILLE OVERVIEW• Louisville is led by 10th-year head coach Dan McDonnell.• The Cardinals won midweek games over Western Kentucky and Kentucky. They are hitting .328 and have a 2.95 ERA and .978 fielding percentage.• Devin Hairston is hitting .383, Blake Tiberi is batting .377 and Corey Ray is hitting .315 with nine homers, 39 RBIs and 28 steals.