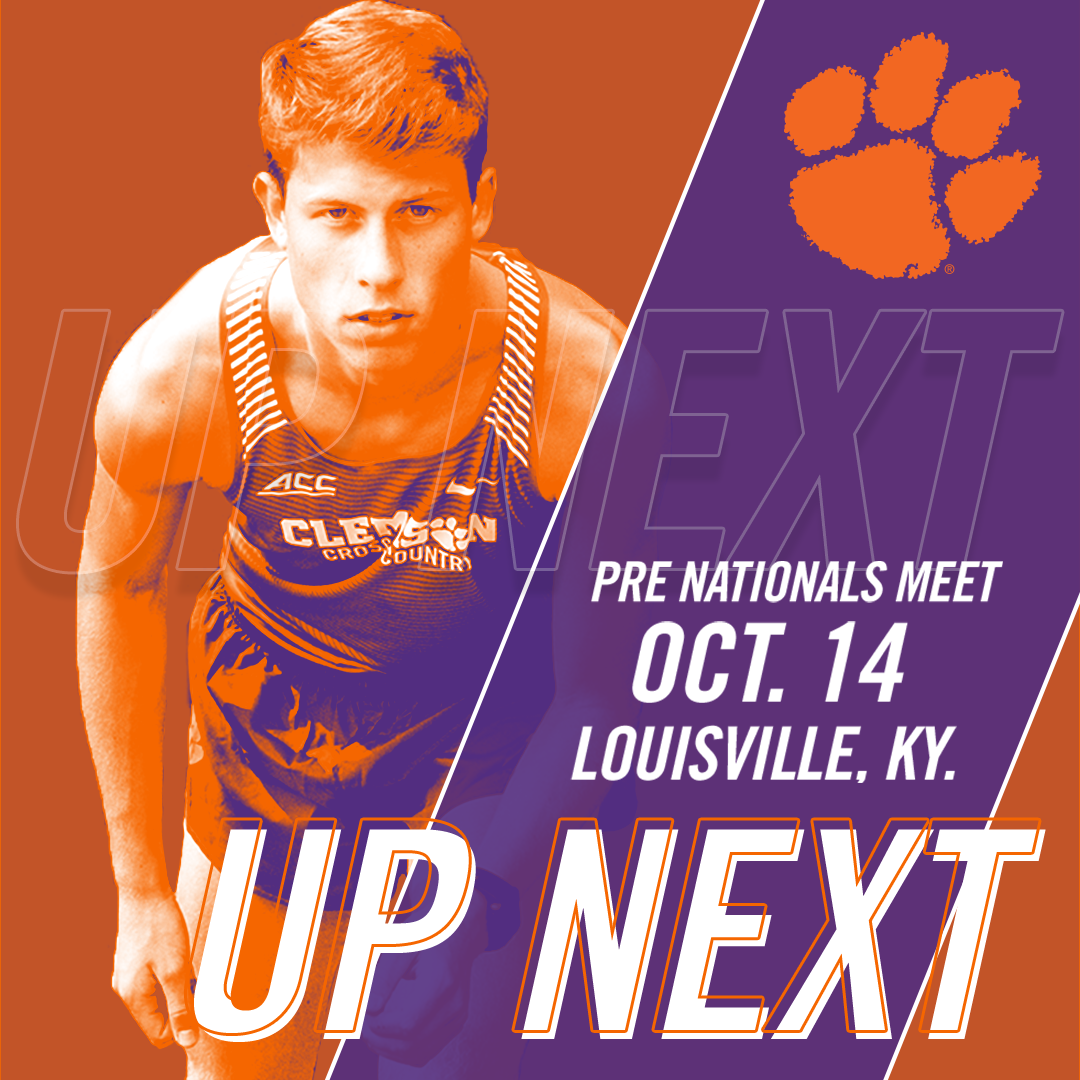 LOUISVILLE, Ky. – The Clemson men’s and women’s cross country teams are set to compete in Louisville’s Pre Nationals meet Saturday, Oct. 14 at E.P. “Tom” Sawyer Park. In a preview of the upcoming NCAA Championships at the site, 51 men’s and 54 women’s squads will compete in four races on Saturday morning.

The men’s 8K races will feature runners from nationally-ranked BYU, Georgetown and Ole Miss, while the women’s 6K events will entertain ranked teams from Michigan, Arkansas and Georgia.

The Tigers are competing for the first time since Saturday, Sept. 23 when James Quattlebaum placed third overall out of 90 competitors in the men’s 8,000-meter race at the Panorama Farms Invitational in Earlysville, Va. Quattlebaum crossed the finish line in 23:47.4, besting his time of 23:50.4, which he achieved a week earlier at the Furman Invitational. The women were paced by redshirt-junior Elizabeth Dawson, who placed 26th with a time of 18:20.6 in the women’s 5,000-meter run at Panorama Farms.

Saturday’s meet at Louisville will stream live on flotrack.org. Live results can also be accessed flotrack.org.