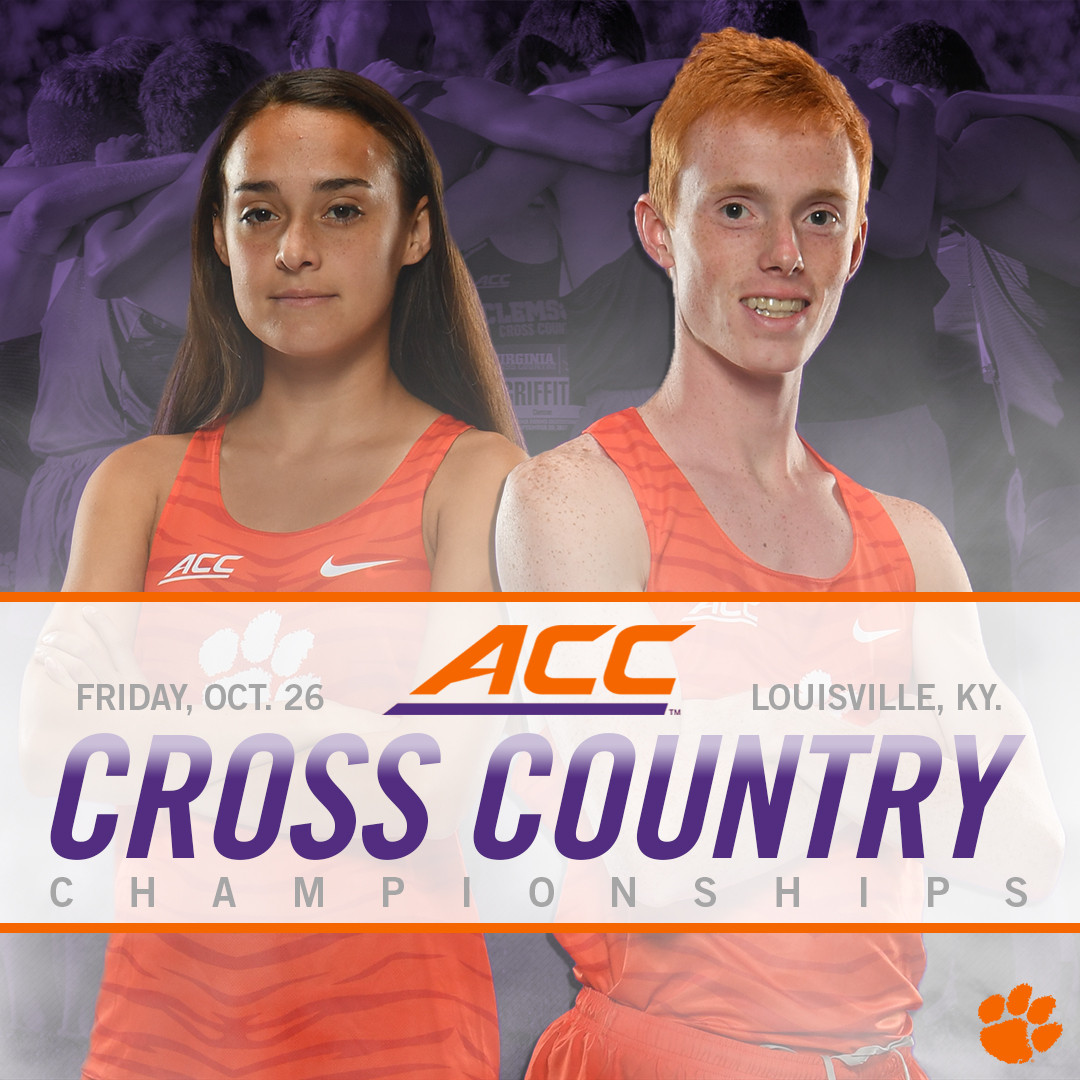 CLEMSON, S.C. – The men’s and women’s cross country teams are set to race in Louisville, Ky., for the 2017 ACC Cross Country Championships. The meet commences Friday at E.P. Tom Sawyer Park with the men’s 8K opening competition at 10 a.m., followed by the women’s 6K run at 11 a.m. Friday’s championship will stream live on ACC Network Extra.

The Tigers return to E.P. Tom Sawyer Park for the second time this season after competing in Louisville’s Pre Nationals Meet on Oct. 14. Clemson is coming off a pair of top-10 team finishes as the men’s team placed seventh overall in the black unseeded 8K race, while the women finished ninth on the unseeded 6K course.

This season, the men have been paced by junior James Quattlebaum, who won the Furman Classic (23:50.4) and placed third at the Panorama Farms Invitational (23:45.4). Last week, Quattlebaum represented the Tigers in the men’s seeded 8K race among an elite field of runners at the Pre Nationals meet. The Greenville, S.C., native posted personal record of 23:38.3, which proved to be the third-fastest time among all ACC runners at the meet.

The women are led by redshirt junior Elizabeth Dawson, who won the Tigers’ opening meet of the season at the Carolina Challenge after crossing the finish line in 18:24.7 on the 5K course. The Clemson, S.C., native followed that performance up by earning a top-10 finish at the Panorama Farms Invitational (6K course), placing eighth overall with a time of 21:38.4. Last week at the Pre Nationals Meet, the Tigers were led by newcomer and fifth-year senior Marketa Marcanikova, who posted a team-best time of 21:40.0 on the 6K course, which was good for 34th-place overall.

Last season at the 2016 ACC Cross Country Championship, Grace Barnett’s third-place finish produced the best individual finish by a Clemson women’s runner in nearly 20 years. The Tiger women placed sixth overall, their best outing since placing sixth in 2011. The Tigers owned the tiebreaker ahead of Pittsburgh and Wake Forest by virtue of Barnett’s individual finish.

This marks the first year that the ACC Cross Country Championships have been held at Sawyer Park, which played host to the Pre-Nationals earlier this month and will be the site of the NCAA Division I Championships on November 18.

The Syracuse men enter the ACC Championships ranked fourth nationally, while Virginia Tech is ranked No. 11, and NC State is at No. 22. The NC State women hold a No. 5 national ranking to lead all ACC teams.

Live results for Friday’s conference championship meet can be accessed on clemsontigers.com.