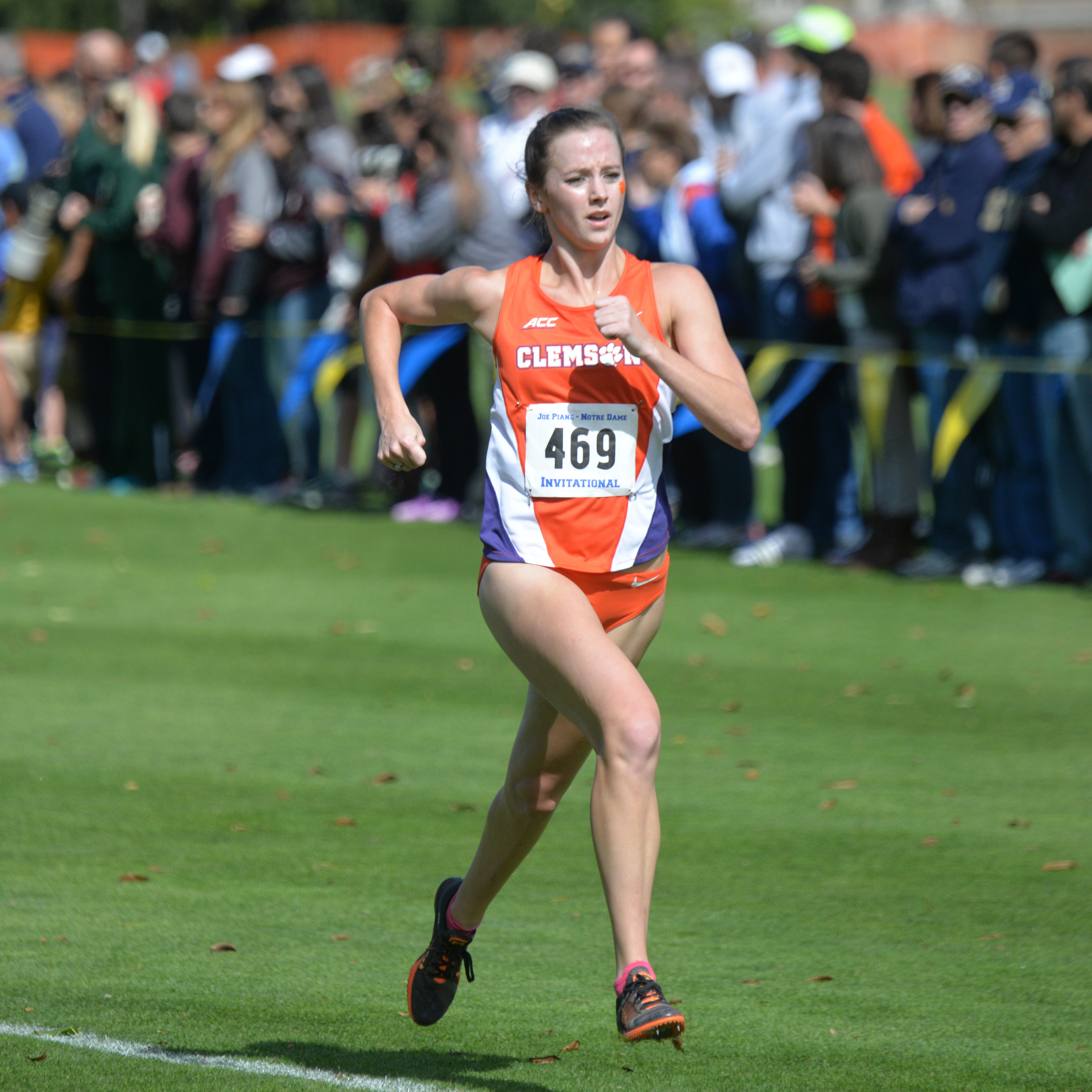 Cross Country Season Comes To A Close At Regionals

CHARLOTTESVILLE, Va. – Heading into the Southeast Regionals, head coach Mark Elliott was hoping to see improvement from last year and that’s exactly what he got from the women on Friday afternoon. Hindered by two recent injuries, the women’s team still placed four spots better this year as Grace Barnett led the Tigers to a 13th place finish.

“It was a good day for the women’s team to finish in the top 15 in the NCAA Regional without their second and fourth runners,” said head coach Mark Elliott. “Grace gave it her all today, going for an individual berth to Nationals but unfortunately she fell short.”

Barnett followed up her All-ACC performance with a 26th place finish at Regionals, crossing the finish line at 21:44.8. Just 45-seconds behind her was Catherine Herring in 62nd place with a time of 22:29.2. Herring was closely followed by Evie Tate in 71st place as she clocked in at 22:36.4.

“Grace did not have her best race today but it was not a lack of her trying. She went out and overextended herself a bit early. Overall, it was a very good season for the women.”

Rounding out the scoring five were underclassmen Elizabeth Dawson and Ersula Farrow. Dawson, as a sophomore, placed 119th overall with a time of 23:12.8. Farrow crossed the finish line just five-seconds later at 23:17.8 to finish 124th in her first Regional meet.

The men placed 17th overall as James Quattlebaum bounced back from his effort at the ACC Championships to lead the Tigers for the sixth time this season with a time of 31:20.3 for a 70th place finish overall.

“All seven men ran well and turned in a good team finish,” said Elliott. “It wasn’t a great race but it was good to see Quattlebaum bounce back from his ACC performance as it relates to his position on the team. The men finished the season on a good note.”

The rest of the scoring five all finished within seven-seconds of each other with two underclassmen leading the pack. Sophomore, Clayton Wilson placed 88th overall with a time of 31:45.9 while Micah Williams finished the course in 31:48.8 to place 93rd in his first Regional race.

Evan Abdullah and James Dwyer finished neck-and-neck as Abdullah crossed the finish line at 31:51.4 and Dwyer clocked in at 31:52.3. They placed 97th and 100th respectively.

Now Clemson’s harriers will turn their focus to the indoor track and field season, beginning with Clemson Orange & Purple Classic on January 9. The women will fight to defend their title as they enter the year as the reigning indoor and outdoor ACC Champions.