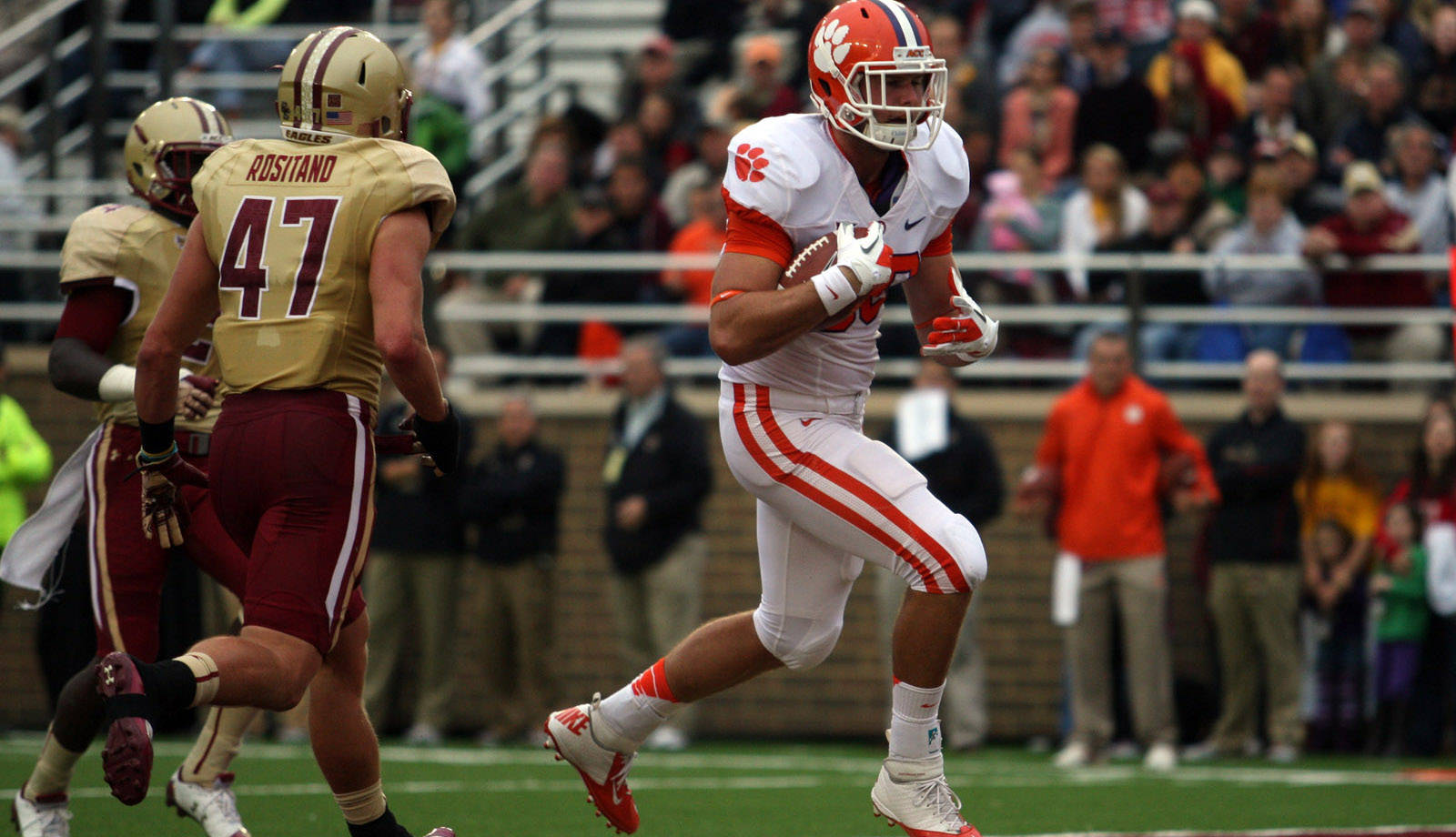 Cooper was injured after making a five-yard yard reception from Kelly near the home sideline on the 11th play of the scrimmage. Kelly suffered his injury just nine plays later, the 20th play of the scrimmage, when he made a 17-yard run. Kelly finished the day 6-7 for 43 yards passing and a touchdown and had 4-23 rushing.

Offensive lineman Kalon Davis also suffered a knee injury in the first period, but the injury is not serious.

Cooper played in all 13 games last year, three as a starter, and had 10 receptions 93 yards and two touchdowns. He was listed as Clemson’s first-team tight end for 2013. Kelly red-shirted last season.

The status for both players in 2013 is unknown at this time.

“This is very difficult for both players,” Swinney said. “Both had really worked hard and done well this spring.

“As far as Sam Cooper is concerned, this was certainly going to be his time at tight end. We have had quite a run of production at tight end the last few years with Michael Palmer, Dwayne Allen and Brandon Ford.” Clemson tight ends have caught 218 passes for 2,474 yards and 32 touchdowns over the last four years. Clemson has had the first-team All-ACC tight end three of the last four years. Allen won the John Mackey Award in 2011 as the nation’s top tight end.

“Sam is the most experienced tight end we have and this is a tough loss. He was coming into his own.”

“I feel badly for Chad because he was doing very well picking up the offense,” Swinney said. “He was off to a great start in the Spring Game. This will make us thin at quarterback with just two on scholarship in 2013.”