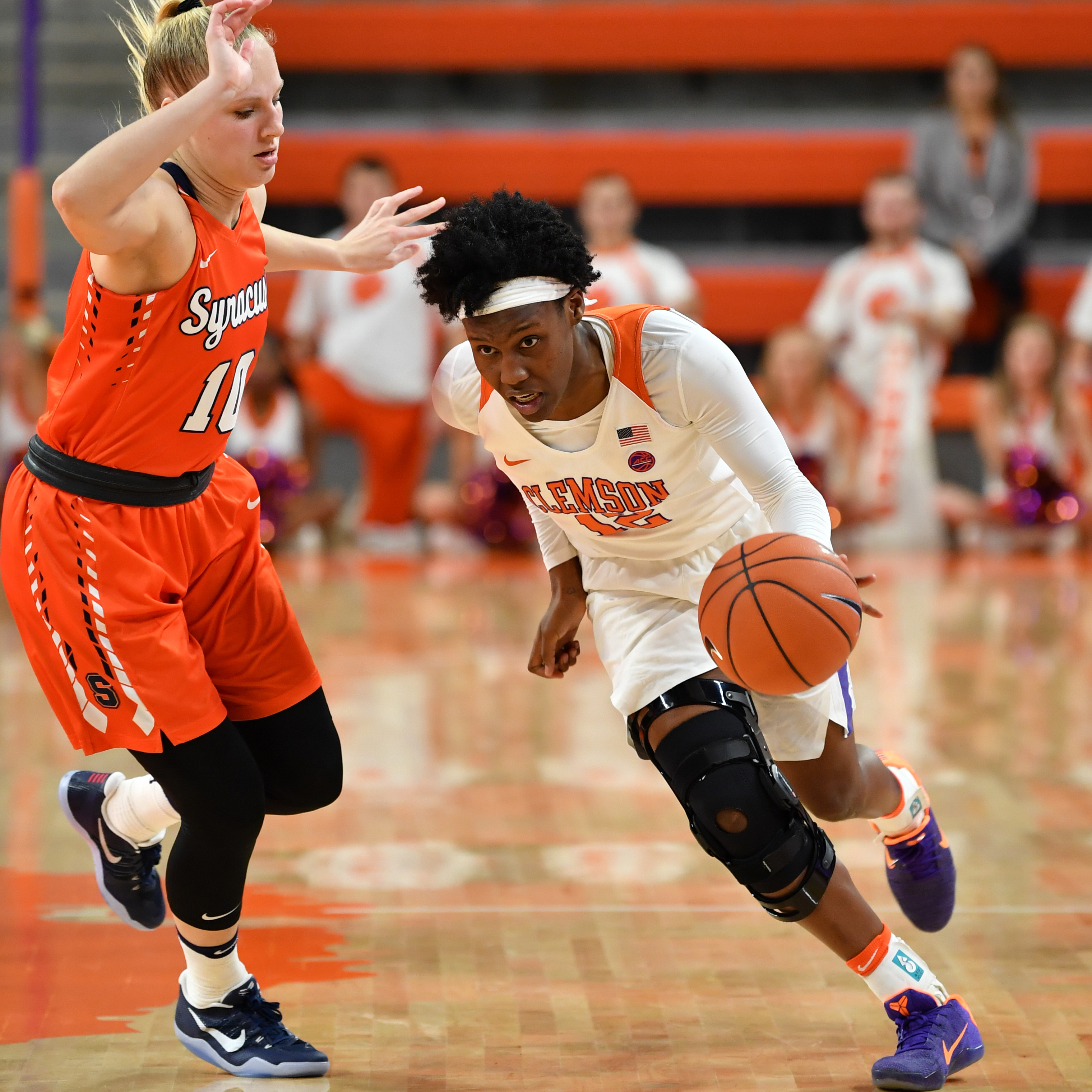 Collier's Career Night Not Enough in Loss to No. 25 Syracuse

CLEMSON, S.C. – Sophomore Aliyah Collier scored a career-high 25 points, but it was not enough for the Clemson women’s basketball team, as the Tigers fell to No. 25 Syracuse, 88-62, on Thursday night at Littlejohn Coliseum. With the loss, Clemson is now 11-4 (0-2 ACC), while the Orange improve to 11-5 and 2-1 in conference play.

Syracuse led 21-8 after the first quarter, when Clemson shot just 27.3% from field goal range. The Tigers fought back in the second quarter, nearly doubling their first quarter percentage, to 52.6% for the period. Collier had 10 points in the first half, while junior Nelly Perry tallied nine points and three assists. In the second half, Syracuse’s offense took over, as the team was 16-for-30 in the final 20 minutes, with three players (Briana Day, Alexis Peterson and Brittney Sykes) finishing with 20+ points apiece.

Collier bested her previous career high of 21 (set on Feb. 28, 2016), by four points, finishing with 25 after a superb 11-for-15 shooting performance. Freshman Jaia Alexander got into double figures with 10 points, and also added five rebounds and four assists. Perry finished with nine points and sophomore Danielle Edwards had eight, to go along with six rebounds, two assists and two steals.

The Tigers have another tough test ahead on Sunday, Jan. 8 when they host No. 18/18 Virginia Tech. The Hokies are undefeated, at 14-0 and 1-0 in ACC play. Tipoff between Clemson and Virginia Tech is set for 2 p.m. Sunday at Littlejohn Coliseum.