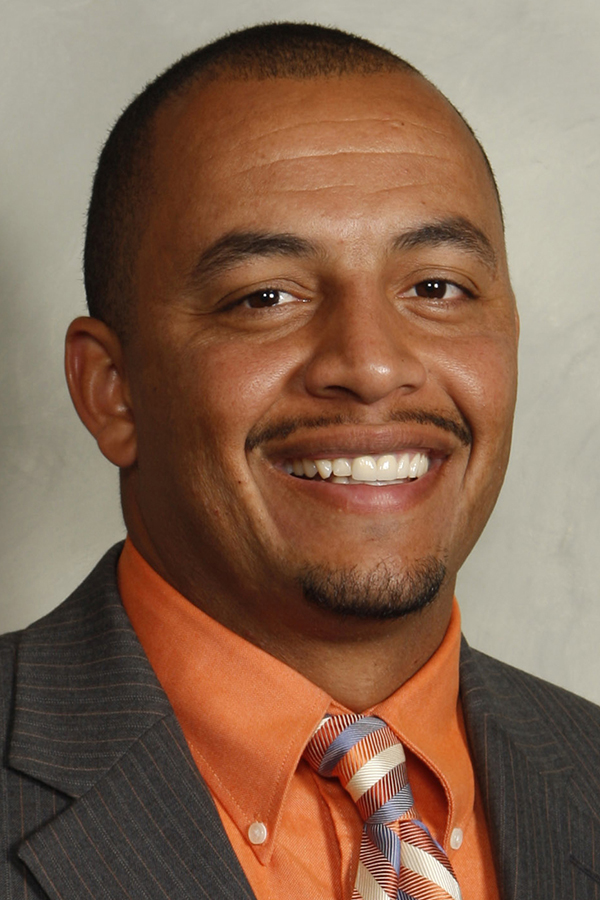 • Clemson’s run of 10 straight 10-win seasons started when he became a full-time assistant coach. Clemson is 121-18 since he returned to Clemson in 2011.

• Recipient of the 2017 Frank Broyles Award as the nation’s top assistant coach.

• Running backs Coach of the Year by FootballScoop in 2017.

• Transtioned from running backs to tight ends and added the Assistant Head Coach title in early 2021.

• Guided Travis Etienne to one of the most illustrious careers in ACC and college football history, helping him set the NCAA record for most games scoring a touchdown (46) and secure ACC records for career rushing yards (4,952), total touchdowns (78), rushing touchdowns (70) and points (468).

• Helped Etienne become a consensus All-American as an all-purpose pick in 2020 and earn finalist selections for the Doak Walker Award and Hornung Award. Etienne finished his career as one of only 12 players in FBS history with 4,000 career rushing yards and 1,000 career receiving yards.

• Coached Etienne to back-to-back ACC Player of the Year honors in 2018 and 2019, the first running back to collect the award in consecutive years in more than four decades (Mike Voight in 1975-76).

• Clemson averaged a national-best 6.37 yards per carry in 2019, the second-most in school history.

• Elliott’s 2018 and 2019 offenses were responsible for two of the 22 650-point seasons in major college football history. Clemson was the first school with back-to-back 650-point seasons since Yale in 1888-89, predating the start of official NCAA recordkeeping in 1937.

• Helped Etienne set school records in rushing yards (1,658) and rushing touchdowns (24) in 2018 while being named ACC Player of the Year and a Doak Walker Award finalist.

• Coached first-team All-ACC running back Andre Ellington in 2012. Ellington was just the third running back in school history with two 1,000-yard rushing seasons.

• In 2008, he coached All-SoCon performer Adam Mims, who had a team-high 58 receptions, and David Hendrix, who set a freshman record with 46 receptions. Mims ended his career with 198 catches for 2,433 yards.

• Returned to coaching in 2006 as an assistant coach at SC State, which finished 23rd in total offense.

• Entered the business world after his playing days were over at Clemson and worked with Michelin North America for two years.

• Earned an undergraduate degree in industrial engineering in 2002, was a First-Team Academic All-ACC selection and a CoSIDA Academic District III member.

• Was a co-captain of Clemson’s 2003 team that had a 9-4 record and a No. 22 final ranking by AP and USA Today. He had 23 receptions for 286 yards and a touchdown that season. He was also a recipient of a ACC’s Weaver-James-Corrigan Postgraduate Scholarship.

• Dabo Swinney was his position coach during his senior season (2003). That year in a survey of Clemson players conducted by Anderson Independent, he was named the team’s “most respected player.”

• Had 34 receptions for 455 yards and two touchdowns in his career. He came to Clemson as a walk-on in the fall of 1999 and finished his career with four letters and 44 games, including four as a starter as a senior (2003). He had a touchdown catch at Georgia Tech that year.