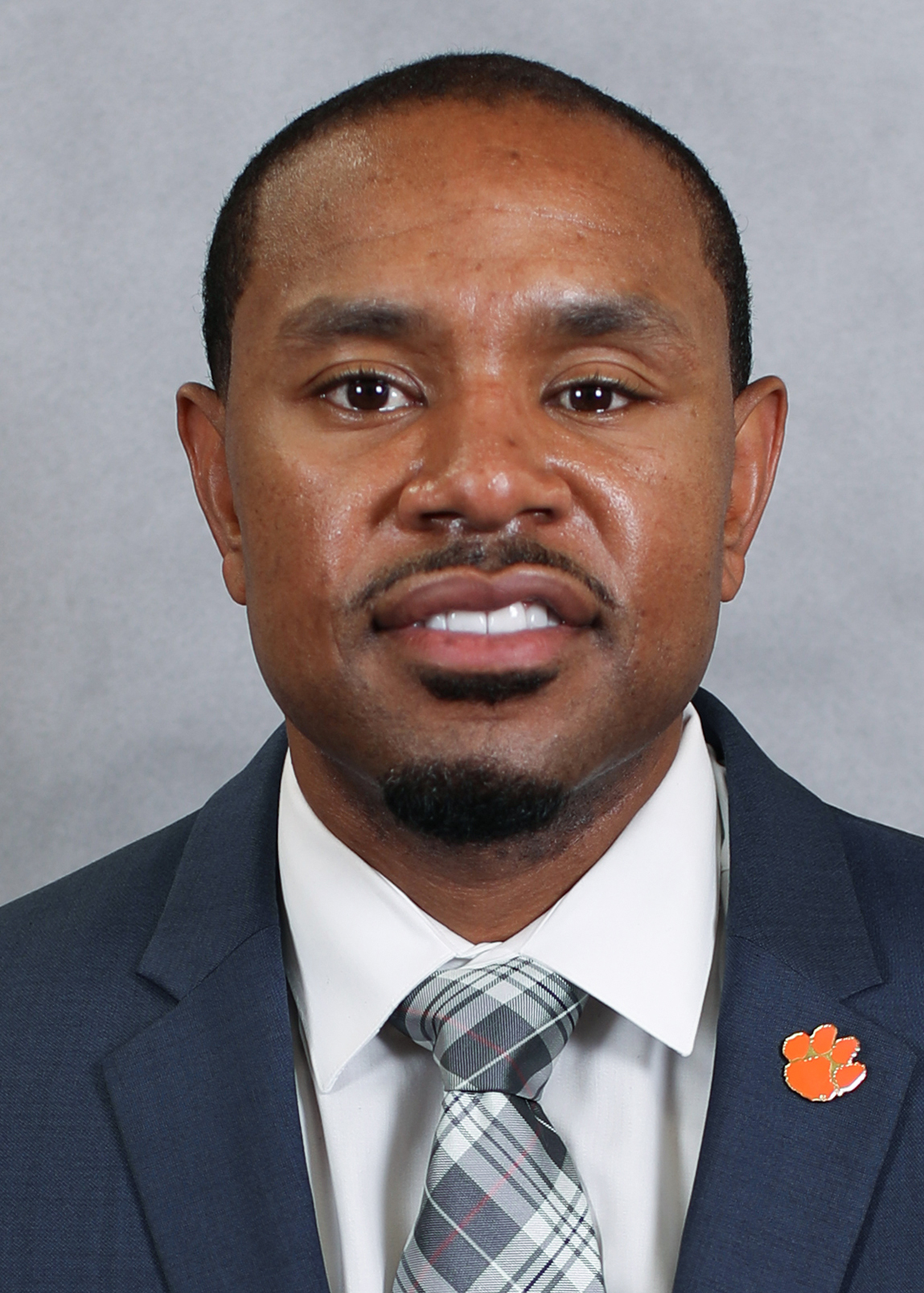 Former Clemson Hall of Fame basketball player Terrell McIntyre joined Brad Brownell’s staff as Director of Player Development prior to the 2017-18 season and enters his second season heading into 2018-19.

In McIntyre’s first season on staff the Tigers earned its first NCAA Sweet 16 bid since his playing days in 1997. In 2017-18, the Tigers tied a program record with 25 victories and earned a new program record 11 wins in ACC play en route to the Sweet 16.

“We are excited to have Terrell back on campus as a significant member of our staff in this new position,” said Brownell. “Terrell is among the greatest players in our history and sets a terrific example for our current players and players we will be recruiting. We see his role similar to the role Jeff Davis serves in our football program.”

McIntyre played for the Tigers from 1995-99 and was a three-time All-ACC guard. He played on three NCAA Tournament teams, including the 1997 team that advanced to the Sweet 16 and finished with a program best No. 8 national ranking in the USA Today poll. His senior year when he led the ACC in scoring, Clemson won 20 games and reached the finals of the NIT.

He returned to Clemson after the conclusion of his playing career and graduated from Clemson in May of 2015.

“When Coach Brownell called me I jumped at the chance to come back to Clemson,” said McIntyre. “This program has done so much for me, and Clemson is a place I love. Coach Brownell has been terrific and I am glad to be back on campus with the Clemson basketball family.”