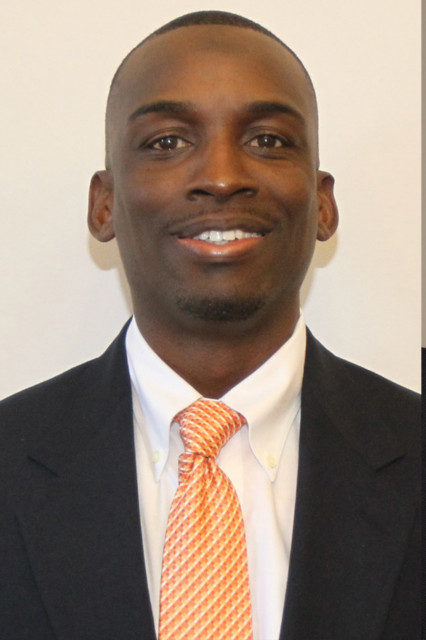 Gibson by the Numbers

Marvin Gibson is in his seventh season as an assistant coach at Clemson in 2019-20. He was hired in July of 2013 by head coach Mark Elliott and coaches the men’s and women’s sprints and relay groups.

Gibson took sprinter Tevin Hester to unprecedented heights in three seasons working with the talented short sprinter. Hester finished his career with nine All-America honors, eight under Gibson’s coaching. He also won seven individual ACC titles, all under Gibson over his final three years. Hester was also a three-time ACC MVP and the 2015 Indoor and Outdoor Performer of the Year. Hester recorded the second-fastest time in Penn Relay history in the 100m while running the event.

Gibson was instrumental in helping the Tiger women claim both ACC Indoor and Outdoor Championships in 2015. He personally coached the short sprints, where Sabria Hadley set the ACC Outdoor meet record in a gold medal 100-meter performance. His 4×100 relay also claimed gold at the outdoor championship. In 2016, Myasia Jacobs won the ACC 60-meter sprint title and was a Second Team All-American as well.

The 2019-20 indoor season saw Gibson’s group shine, as the short sprinters for Clemson were consistently in the program’s spotlight. Gibson opened the season by guiding senior Marcus Parker to the school record in the men’s 300 meters at the Clemson Opener. As the season progressed, Gibson’s athletes combined to contribute four of the program’s 16 new top-10 marks during the indoor season. Rebekah Smith, another standout in Gibson’s group, earned ACC Women’s Track Performer of the Week honors after running 7.23 in the women’s 60 meters at the LSU Twilight, becoming the No. 3 performer in Clemson history for the event.

Gibson’s group shined at the ACC Championships, as Parker ran away with the title in the men’s 200 meters – capping an undefeated season and No. 8 ranking in the world for the event – while Smith was the lone Tiger to earn All-ACC honors in two different events — the 60 meters and 200 meters — at the championships. In total, Gibson’s athletes would collect four All-ACC honors at the championships. Smith and Parker, as a result of their excellent performances throughout the season, qualified for the NCAA Indoor Championships in the women’s 60 meters and men’s 200 meters, respectively.

The 2019 season saw Gibson lead his group to a long and prolific season. Smith collected her eighth and ninth All-ACC honor at the outdoor championships as an individual in the 100m and as a part of the 4x100m. Smith would go on to earn All-America honors in both events at the NCAA championships, joined in the 4x100m by Aliyah Mallard, Sarah Hill and Zeniyah Lawrence. Parker finished in 17that the NCAA Nationals and was a member of the national qualifying 4x100m relay on the men’s side. Parker also earned All-ACC honors in the 200m at the outdoor conference championships. Smith and Parker won gold in Queretaro, Mexico for Team USA at the U23 NACAC Meet.

Gibson guided the Clemson women’s 4x100m relay team to its second straight All-America performance at the 2018 NCAA Outdoor Championships. Gibson was also influential in the Tiger women securing its first-ever Championship of America sprint medley relay championship at the 2018 Penn Relays. Smith and Torie Robinson took 1st and 2nd, respectively, at the Penn Relays in the 100m. Additionally, Gibson led then-sophomore Smith to her first national championship appearance as an individual in the 100m dash.

In 2017, Smith won the 2017 ACC indoor title in the 60m dash under Gibson’s direction. In her freshman season Smith represented Clemson at the NCAA Outdoor Championships alongside Hadley, Robinson and Ranee Ricketts in the 4x100m, setting the ACC record in the process. Robinson and Hadley also qualified for the 100m and 200m dashes, giving Gibson his largest group at an NCAA championship during his tenure at Clemson, earning the school 2017 indoor and outdoor Southeast Region Coach of the Year.

In 2015, Gibson had a strong influence on Justin Johnson, who won his first ACC crown and was a First Team All-American in the 110-meter hurdles, and Deja Parrish, the ACC Outdoor Freshman of the Year.

Before coming to Clemson, Gibson spent the previous two seasons as an assistant coach in charge of sprints and hurdles for the men’s and women’s teams at the University of Oklahoma. In 2013, he coached the Big 12 Champion in the 110 hurdles, Tre’ Lathan. Gibson also coached All-Big 12 athletes in the 100, 200 and 4×100. He guided the men’s 4×400 to Second-Team All-America honors during the outdoor season.

Thompson was the 2008 USTFCCCA Men’s Outdoor Track Athlete of the Year and won national titles in both the 60 and 100 that year. His time of 6.51 in the 60 dash is an NCAA Indoor Championships record. Holliday, now an all-purpose standout in the NFL for the New York Giants, followed in 2009 by winning the NCAA Outdoor crown in the 100 dash. Both were members of LSU’s NCAA Championship 4×100 relay in 2008, one of the fastest in collegiate history (38.42).

Carter made history in 2006 when he became the first athlete since Jesse Owens to capture four NCAA titles at a single meet. He won the 100 and 400 meters, and helped the 4×100 and 4×400 relays to victory as well. Willie, the most decorated All-American in LSU history with 19 honors, won seven national titles in his career. Gibson helped coach Nugent to a pair of SEC Championships in the 110 hurdles in 2010 and 2011. He won the NCAA Outdoor crown in the event in 2011, and was runner-up in the indoor 60 hurdles the same year.

In all, Gibson helped coach 18 athletes to 74 All-America honors at LSU. He coached 12 athletes to a total of 19 SEC titles, and 20 athletes to a whopping 66 All-SEC accolades.

Gibson earned a bachelor’s degree in kinesiology from LSU in 1996, and coached at the high school level for seven years before later returning as a volunteer assistant in Baton Rouge, Louisiana. 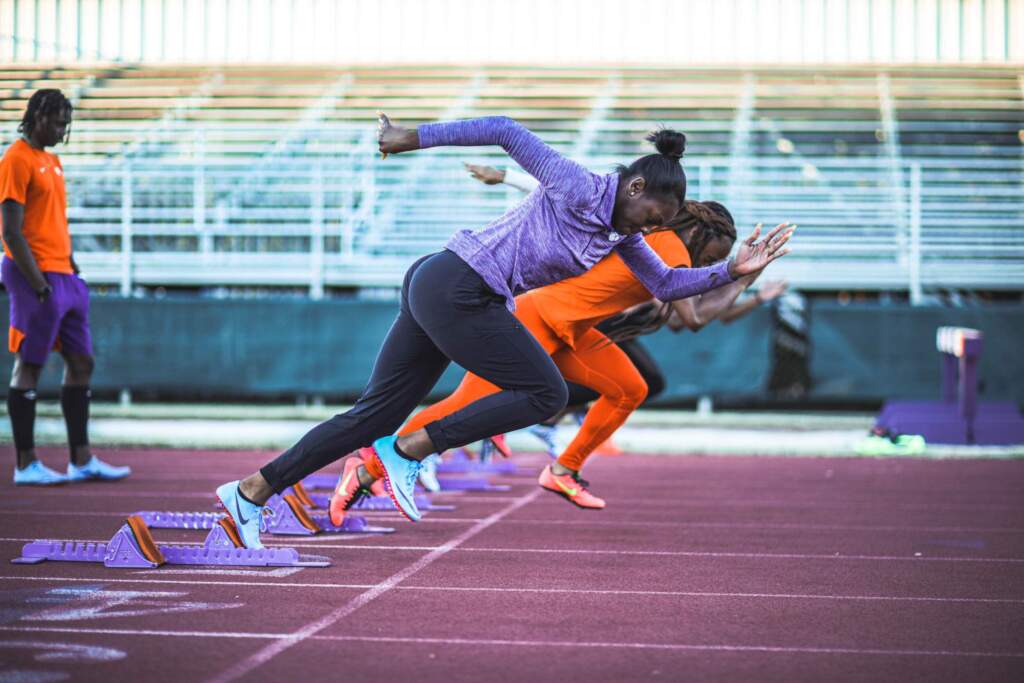 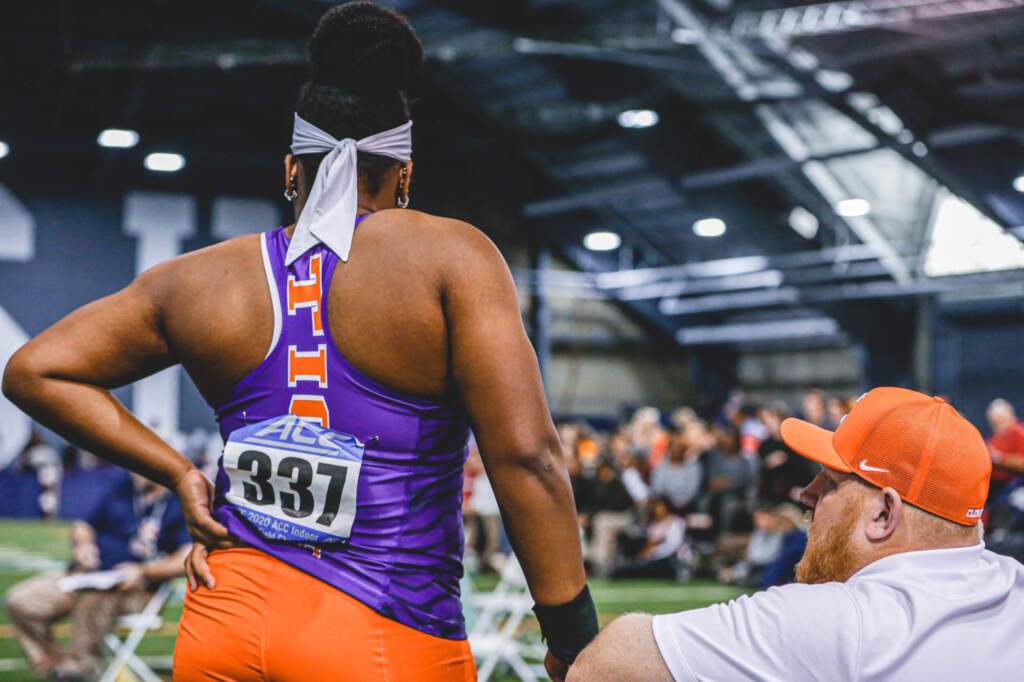