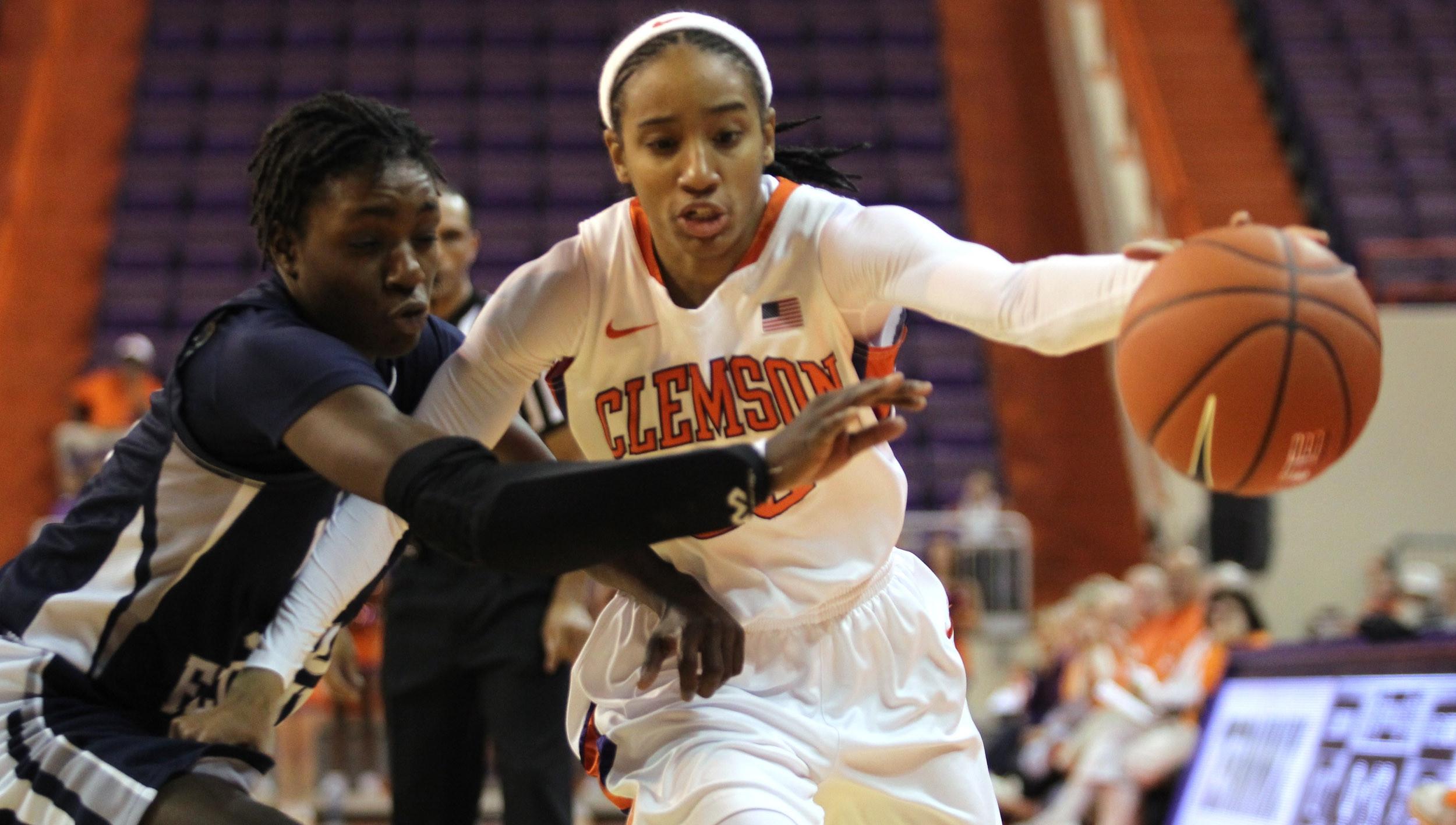 CLEMSON, SC – The Clemson women’s basketball team travels to UNCG in search of a fourth straight win on Thursday. The Tigers (4-3) and Spartans (4-3) tip at 7 p.m. at Fleming Gym in Greensboro, N.C. The game will be video broadcast at UNGSpartans.com and on the radio at WCCP 104.9 FM. Fans can also follow live stats or @ClemsonWBB on twitter for in-game updates throughout the contest.  The contest will pit two Virginia grads against one another in Audra Smith (1992) and Wendy Palmer (1996). In fact, Smith was on staff when Palmer played. Clemson is 4-1 in the all-time series with the Spartans, with the most recent meeting coming to open the 2010-11 season.  Clemson enters the contest 1-0 on the road, taking down USF in Tampa on Nov. 24.  The Tigers have entered into the top-50 nationally in scoring defense (45th), field goal percentage defense (48th), blocks per game (34th), and fewest personal fouls per game (16th). The last two opponents have scored just 83 points combined, the fewest in a two-game run since 2008.  Notes (In 140 Characters or Less):