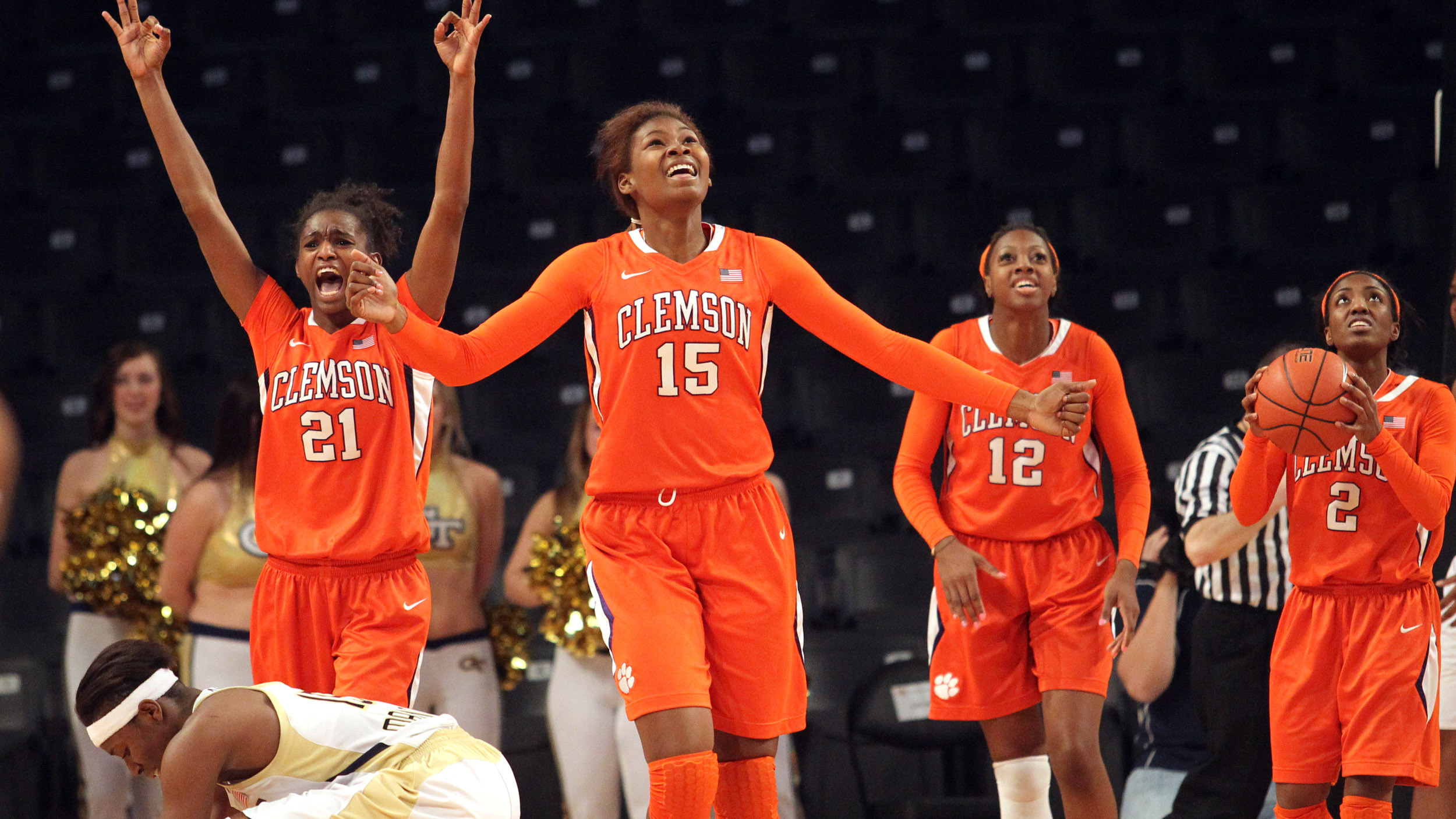 Dixon, a native of nearby Alpharetta, GA, finished with 23 points, six rebounds, four steals, and three assists, and notched the 1,000th point of her career in the first half. The junior wing has now scored at least 20 points eight times this season and has at least 19 points in nine of her last 10 games. Quinyotta Pettaway and Kelly Gramlich added 18 and 12 points, respectively, off the bench.

Tech would hit three of their final four free throws to push ahead by one with just 47 second left in the game. Tay would then go to the line and make 1-of-2 to tie the game at 71. Neither the Yellow Jackets nor the Tigers could convert on their final possessions forcing overtime.

In overtime, the two went back-and-forth for the first several possessions before the Tigers jumped out to a three-point lead. Clemson lead 78-75 with 1:34 remaining in the extra frame before Kaela Davis scored on back-to-back possessions to put Georgia Tech up one with 14 seconds left. Dixon then took control and went straight for the basket laying in the game-winner with just eight seconds left.

Despite going 20-for-34 from the free-throw line for the game, the Tigers hit seven of their nine in the game to aid in the victory. Georgia Tech missed both of their free throws in overtime.

Kaela Davis scored a game-high 31 points for the Yellow Jackets in the loss, a season-high against the Tigers. Tyaunna Marshall added 19 points and Rogers scored 11 points and pulled down 14 rebounds.

The Tigers return to action on Sunday when they travel to Virginia at 2:00 PM. Head Coach Audra Smith went to three Final Fours as a player at Virginia from 1988-1992.

Player of the Game: Nikki Dixon – The Alpharetta, GA native scored the game-winner as part of a 23-point performance that saw her surpass the 1,000-point barrier for her career.

Stat of the Game: The Tigers made seven of their final nine free throws in the game despite making just 20-of-34 for the game.