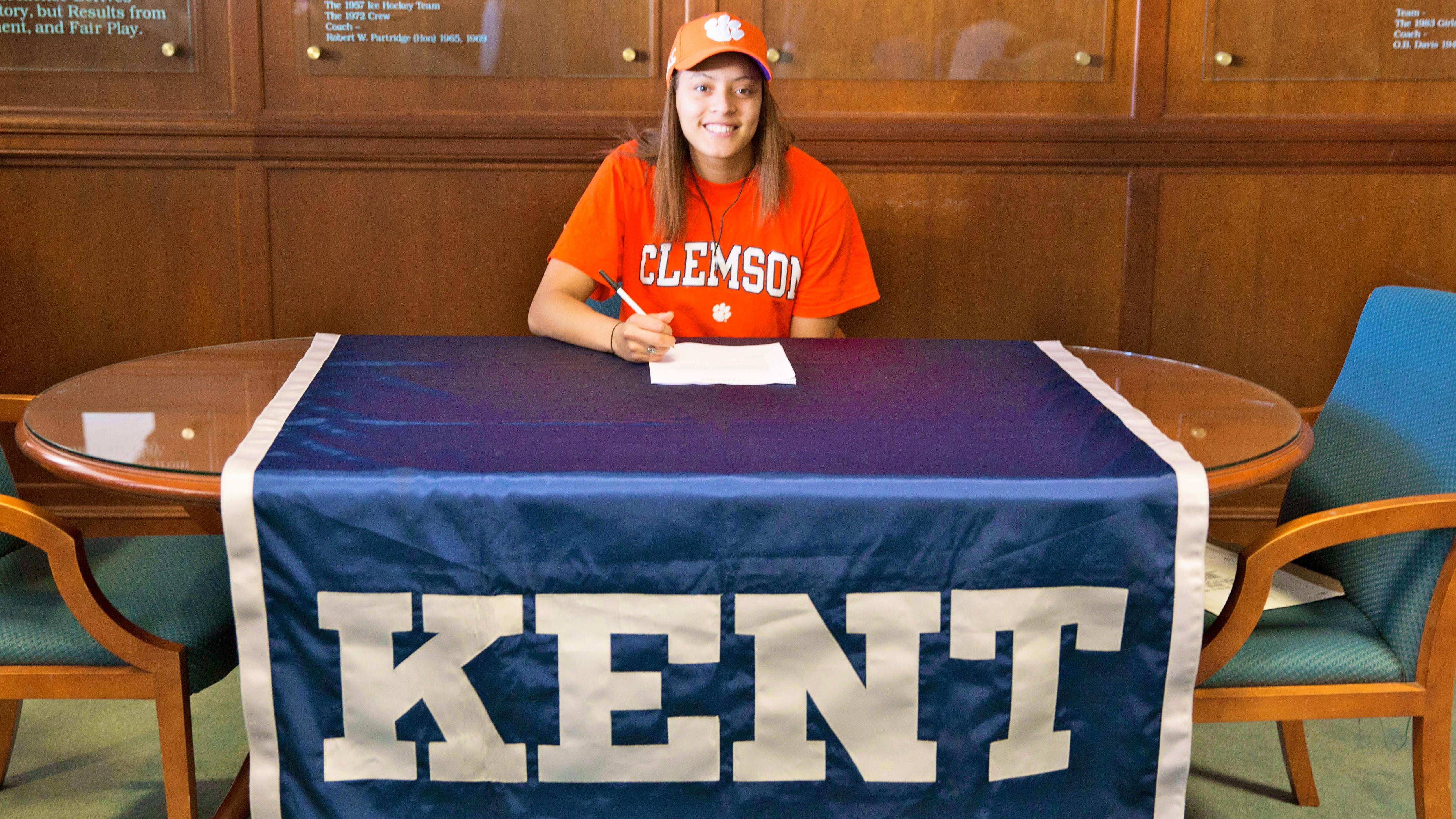 CLEMSON, SC – Head Women’s Basketball Coach Audra Smith and her staff are proud to announce that a group of six players have signed National Letters of Intent to become members of the program in the 2014 class. Ivy Atkism, Alexis Carter, Shelbie Davenport, Makayla Johnson, Daneesha Provo, and Justice Wright will enroll in the summer to begin play for the 2014-15 season.

“My staff and I are thrilled to welcome these young women to our program,” said Smith. “This class will help form the foundation of the many great things that we hope to accomplish here. We made an effort to go after players that we believe will represent our program in a first-class manner, on and off the court.”

The student-athletes hail from four different states (Tennessee, South Carolina, Georgia, Oregon) and Canada, and represent a split of three post players, two wings, and a point guard. Three of the players are ranked among the 25 best in the nation at their position by various recruiting services.

Additionally, Justice Wright, a 6-foot-4 post from Warner Robins, GA, has a unique tie to Clemson. Her father, Sharone Wright, was one of the greatest basketball players in school history from 1991-94. He was inducted into the Clemson Athletic Hall of Fame in 2011.