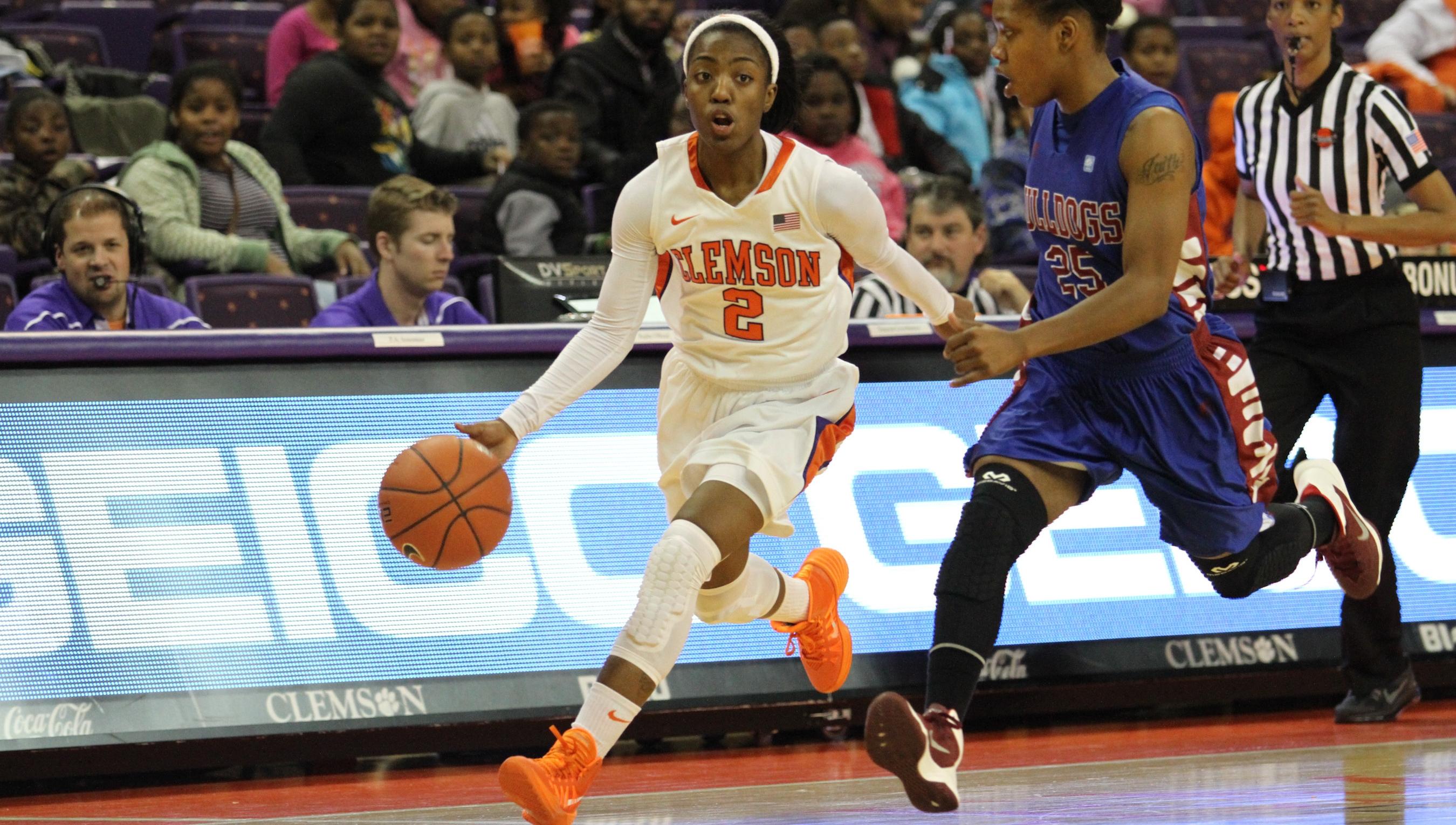 Game Information: Who: Clemson Tigers (7-5) v. Middle Tennessee Blue Raiders (9-3) When: Sunday, Dec. 29 at 2:00 pm Where: Littlejohn Coliseum in Clemson, SC Watch: Tigercast at ClemsonTigers.com Listen: WCCP 104.9 FM (Tom Van Hoy, Dory Kidd) and Clemson Tigers Official App Next Game: Clemson at NJIT (Newark, NJ); Jan. 2, 7 pm CLEMSON, SC – The Clemson women’s basketball team returns from a holiday break with a home contest against Middle Tennessee (9-3) on Sunday at 2 p.m. The Tigers (7-5) and the Blue Raiders have not met since 1988.  The game will be broadcast on TigerCast at ClemsonTigers.com and on the radio at WCCP 104.9 FM and in-game updates are available on the program’s official twitter account @ClemsonWBB.  Middle Tennessee holds a 2-1 record in the all-time series and is the fourth opponent that Clemson has played this season that participated in the 2013 NCAA Tournament. The Tigers are 2-1 in the previous three. Both teams won at USF, and Clemson defeated Creighton in Vegas.  Clemson has five players averaging 8.0 or more points per game, led by Quinyotta Pettaway at 10.4 ppg. Middle Tennessee’s Ebony Rowe is 10th in the nation in scoring at 23.2 per contest.  The Tigers will play the Blue Raiders before traveling to Newark, NJ to take on NJIT in their final non-conference title. Clemson will travel to top-five Notre Dame to open ACC play on Jan. 5.  Notes (In 140 Characters or Less):