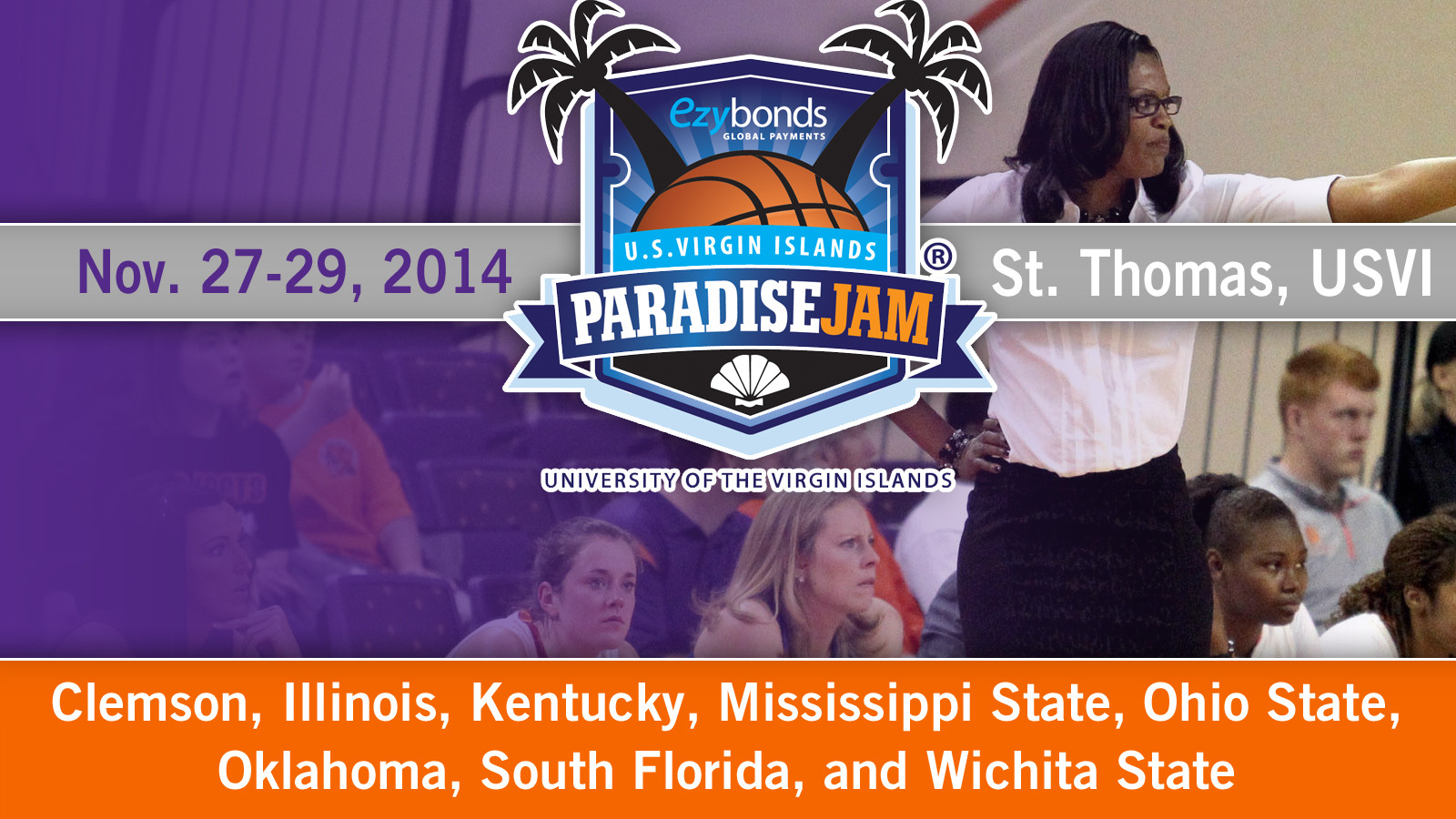 SEATTLE – The Clemson women’s basketball team will play in the 2014 EZYBONDS U.S. Virgin Islands Paradise Jam next season, as announced by Basketball Travelers on Monday. The 15th annual women’s tournament will take place Nov. 27-29, the week of Thanksgiving, the week after the men’s tournament. Clemson is a participant in both events.  The eight NCAA division I women’s basketball teams participating in the event include Clemson, Illinois, Kentucky, Mississippi State, Ohio State, Oklahoma, South Florida, and Wichita State.    Fan and alumni travel packages are available now on Paradisejam.com!    Paradise Jam, held annually at the University of the Virgin Islands, has become one of the premier pre-season destination tournaments for men’s basketball. It is a multiple team event (MTE) tournament, counting only two of the three games against participants’ 29 allotted games. Hosted at the $11 million state-of-the-art UVI Sports and Fitness Center, Paradise Jam attracts thousands of tourists to the U.S. Virgin Islands each year while immersing participating fans and teams in the culture and travel experience that has made the U.S. Virgin Islands one of the premier destinations in the Caribbean.   ABOUT BASKETBALL TRAVELERS, INC. Established in 1985, Basketball Travelers, Inc. is the leading firm in the United States for organizing domestic and international basketball competition. Over 200 collegiate and high school teams participate annually in tours and tournaments run by BTI.  We seek to not only contribute to basketball’s worldwide development, but also to facilitate goodwill and understanding between nations and peoples of all backgrounds.