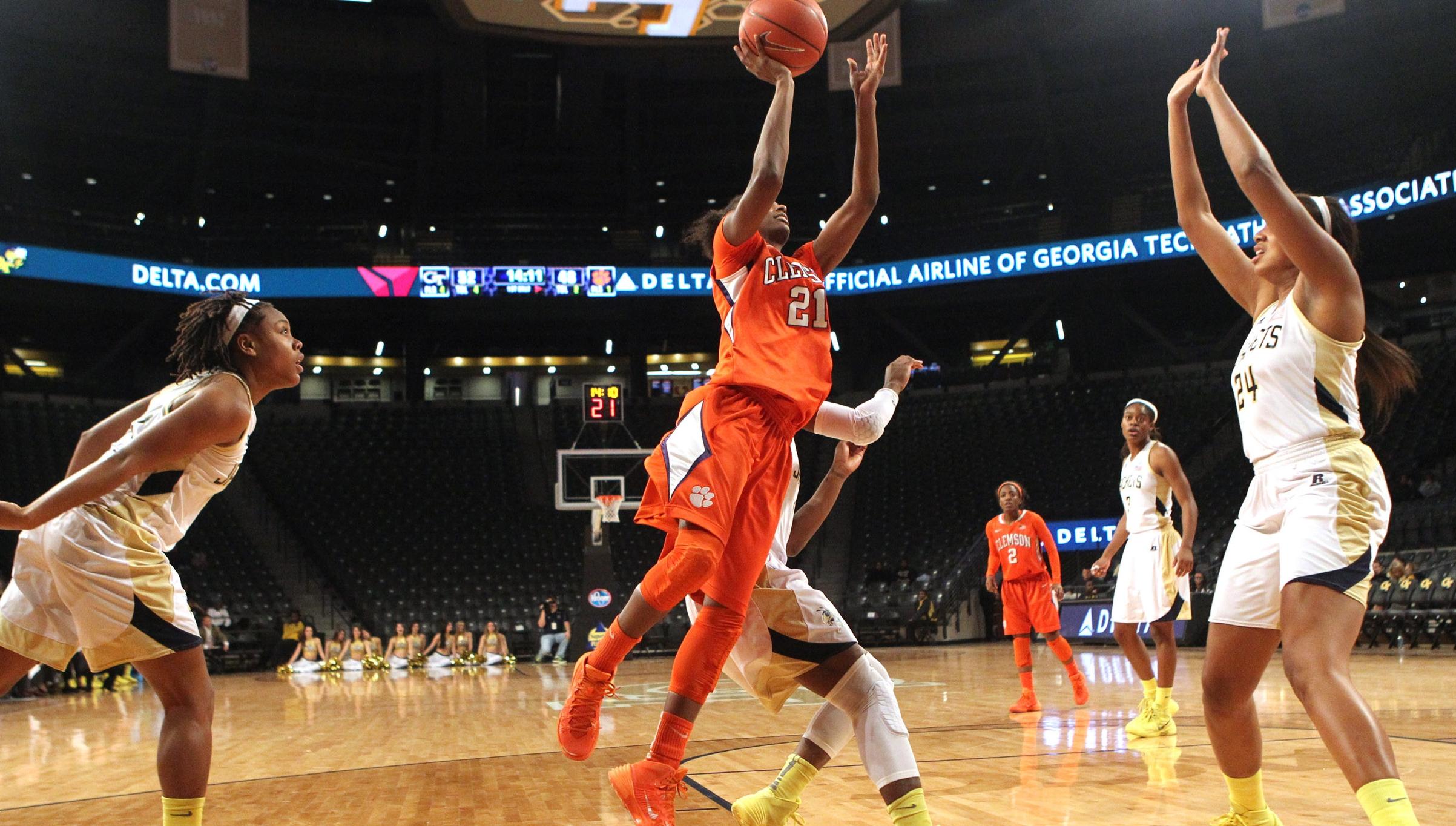 @ClemsonWBB Falters at No. 9/10 Maryland on Sunday

COLLEGE PARK, MD – The Clemson women’s basketball team fell to No. 9/10 Maryland, 95-43, at the Comcast Center on Sunday. It was Clemson’s (11-14, 3-8 ACC) third straight loss overall, and second in a row against a top-ten opponent.  The Tigers lost their 14th straight game to the Terrapins (19-4, 7-3 ACC) overall, and will have another top-15 opponent coming to town this week in NC State. The Tigers will play host to the Play4Kay pink game on Thursday at 6:30 pm in a game televised by RSN.  Nikki Dixon led Clemson with 13 points on 6-13 shooting, and attempted the Tigers’ only two free throws in the game. She upped her career point total to 1,050, moving ahead of D’Lesha Lloyd for 19th on Clemson’s all-time list.  Quinyotta Pettaway had eight points and six rebounds, jumping up two spots into tenth in Clemson’s all-time rebounding list. She surpassed Hall of Famer Bobbie Mims and Amanda Frist, and now has 634 in her career.  Chancie Dunn scored in double-figures with ten points, her eighth such game of the season.  Maryland ran out to a 16-2 lead over the first six minutes, before Clemson pulled back to within 11 at 23-12 with eight minutes left in the half. Maryland then scored the next ten points, holding a lead of at least 16 points the rest of the game, going into the half ahead, 39-23.  Maryland extended the lead to 60-37 over the first eight minutes of the second half before closing the final 11:44 on a 35-6 run, hitting nine of the final ten shots.  Team Notes: