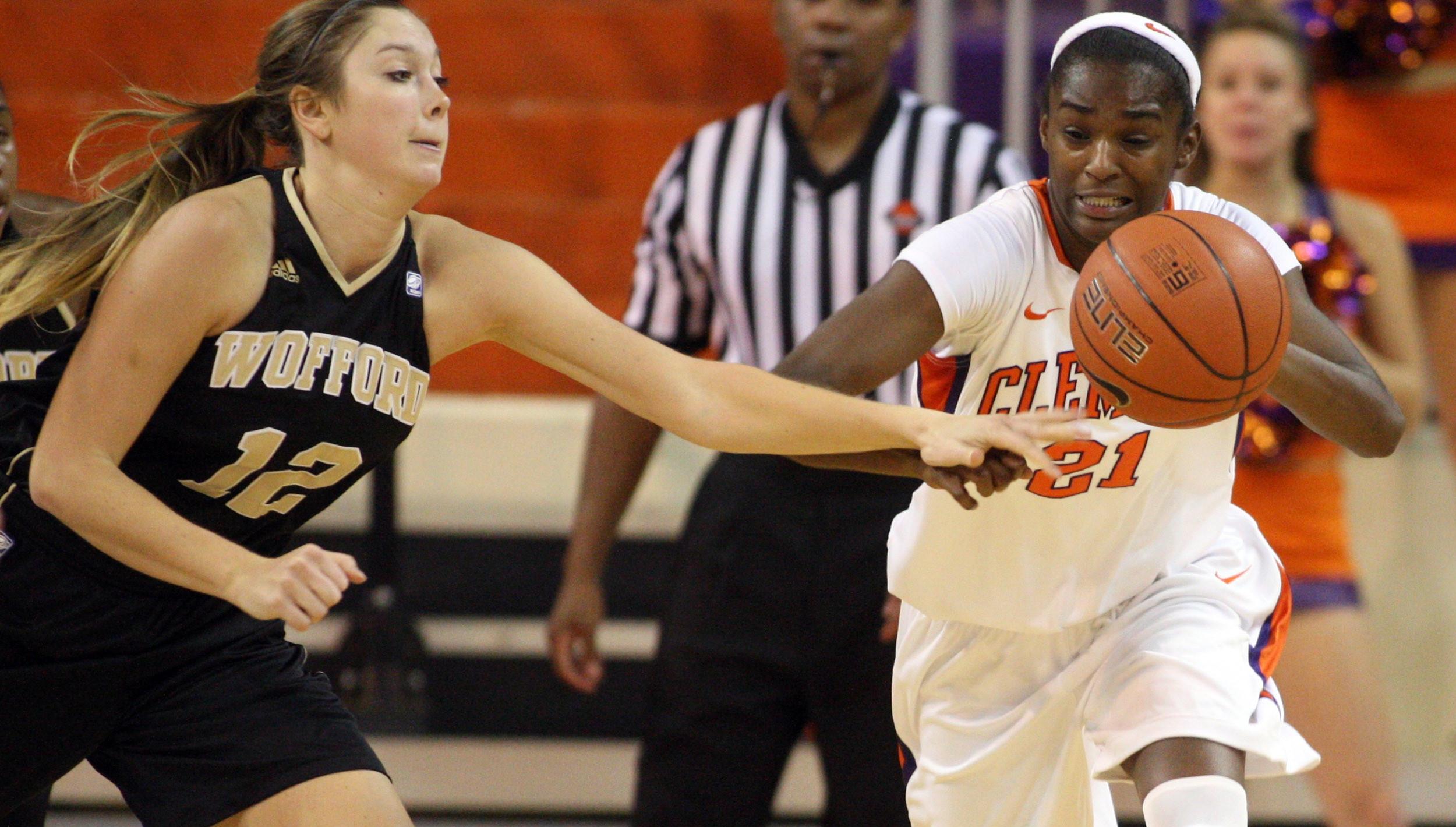 CLEMSON, SC – The Clemson women’s basketball team fell to Middle Tennessee, 76-51, in its final home non-conference game of the season. The Tigers (7-6) trailed the Blue Raiders (10-3) by just six, 32-26, at the half but could not overcome a strong second-half shooting effort by Middle Tennessee, who entered the week receiving votes in both top-25 polls.  Nikki Dixon led all scorers with 21 points on 9-of-13 shooting and had three assists and three steals in her first start since playing South Carolina on Nov. 20. Quinyotta Pettaway added 12 points and seven rebounds in 32 minutes off the bench. The Tiger senior moved up into a tie for 13th in Clemson history in career rebounds with Jackie Farmer (1989-91) with her 570th career board. She also tied Shandy Bryan for 10th on the all-time list with the 96th blocked shot of her career.  Nyliah Jamison-Myers recorded her second game in double-figures of the season with 10 points on 5-8 from the field. It was her second straight home game in double-figures after tallying a career-high 17 points against SC State on Dec. 14.  The Raiders pushed out to a double-digit lead early in the first half, taking a 19-9 lead with 9:29 to play in the frame. They’d stretch it as far as 32-18 with 2:35 left before Dixon scored six points during an 8-0 run to close the half, and pull Clemson within six at 32-26.  Out of the locker room, the Raiders went on a 10-2 run over the first 3:18 behind four different scorers and a pair of three-pointers. Clemson cut the lead to ten on a jumper from Dixon, but the Tigers would get no closer the rest of the way.  The Tigers fell to 1-3 against Middle Tennessee all-time in the first meeting between the programs since 1988. Clemson will travel to Newark, NJ to take on NJIT on Jan. 2 at 7 p.m. before opening the ACC slate at No. 4 Notre Dame on Jan. 5.  Player of the Game: Nikki Dixon – The junior had 21 points on 9-13 shooting to go with three assists and three steals Stat of the Game: 24 – Clemson allowed Middle Tennessee to score 24 second-chance points in the game on 17 offensive rebounds.  Individual Notes

Head Coach Audra Smith Quotes “They’re a very good team. They’re a well-rounded team. One of the main focuses was to try to contain Ebony Rowe. She’s had 20 or more points in their last two games so that was one of our main focuses. We gave them plenty of chances, sent them to the (free throw) line 20 times. The most true competition I saw were those last three minutes of the first half. At halftime we talked about coming out with an aggressive energy and fighting back and being aggressive defensively. We just didn’t compete as hard as I wanted us to compete. That’s a very good team. They’re a great program.” [<a href=”//storify.com/ClemsonTigers/clemson-v-middle-tennessee-dec-29-2013″ mce_href=”//storify.com/ClemsonTigers/clemson-v-middle-tennessee-dec-29-2013″ target=”_blank”>View the story “Clemson v. Middle Tennessee (Dec. 29, 2013)” on Storify</a>]