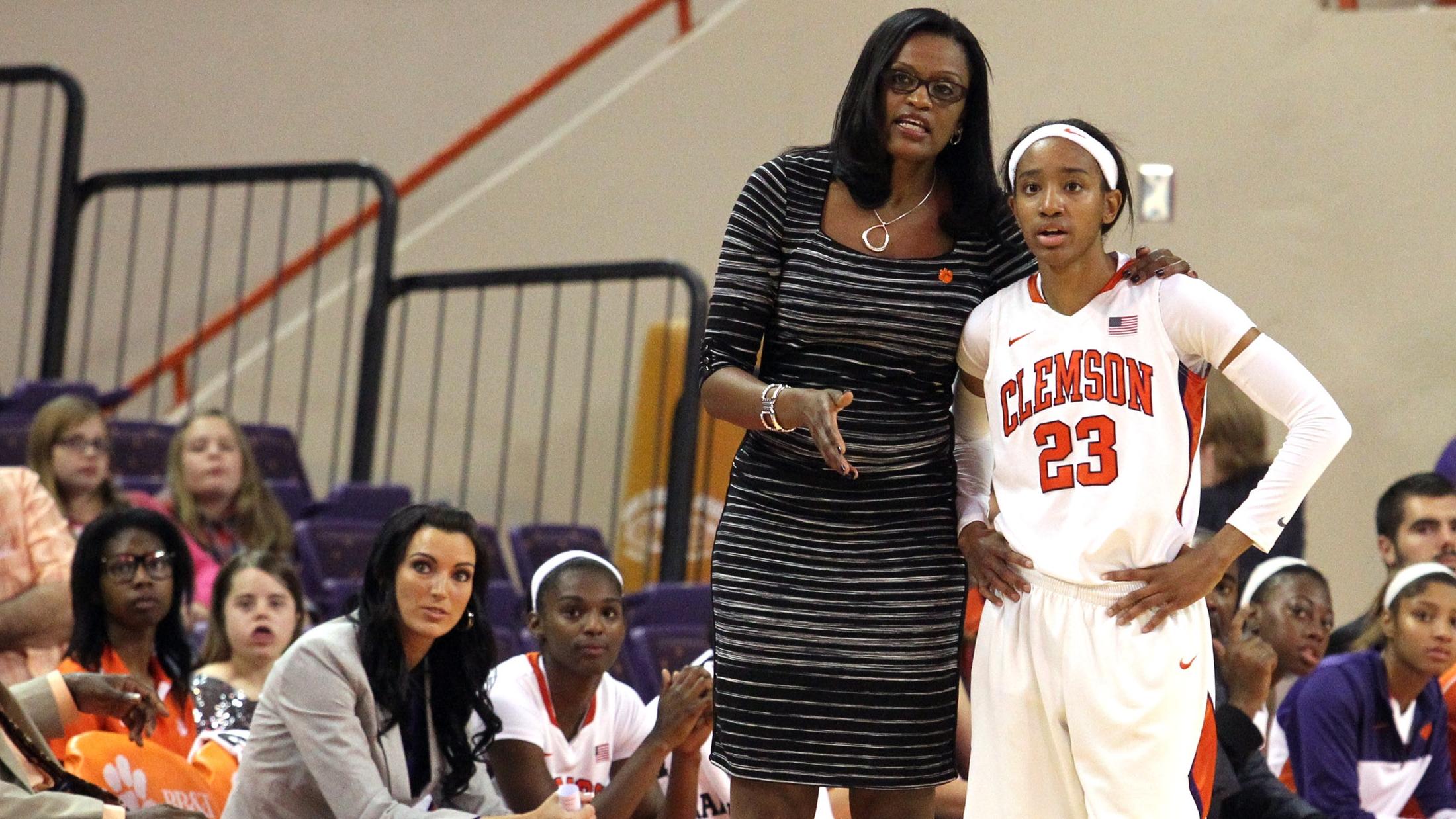 CLEMSON, SC – The Clemson women’s basketball team fell in its season-opener to Davidson, 77-57, on Friday night in Littlejohn Coliseum. The Tigers (0-1) will have a quick turnaround, playing host to Wofford on Sunday at 2:00 pm in Littlejohn. That game will be available on TigerCast at ClemsonTigers.com.  The game was the first in Audra Smith’s Clemson career. Her squad held Davidson to .351 shooting inside the arc, but the Wildcats did much of their damage from deep, hitting 10-15, the third-highest three-point percentage allowed in Clemson history.  Clemson, by contrast, hit just one of ten three-point attempts. Chelsea Lindsay finished with 12 points, her highest total since scoring 10 in her first career game on Nov. 11, 2011, which also came against Davidson.  Senior Quinyotta Pettaway had a strong statistical evening, registering 17 points, 15 rebounds, and four blocks, the 13th double-double of her career. The four blocks tied a career-high, and came in the first ten minutes of the game.  Clemson held an eight point lead in the first half, but Davidson fought back to take a 31-28 lead into the break. Clemson climbed back into the lead on a pair of Lindsay free throws with 12:48 to play, but a 14-0 run moments later turned a 50-48 lead into a 64-48 lead with 5:39 to play before a pair of Pettaway free throws stopped the run. The Tigers got no closer than 13 the rest of the way. Notes: