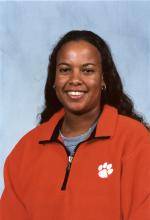 Four Clemson players finished in second place of their singles flights. At number one singles, Coin fell to Tina Hojnik of Georgia by a score of 6-1, 2-6, 6-2 in the championship match. Clemson’s Stiglic dropped her match in the finals of the number three singles draw by a score of 6-2, 6-7(9), 6-0 to Auburn’s Isabel Rosenbrock. The Tigers’ Dolinska was defeated by Laura Alarcon of Troy State in the number four singles championship match by a score of 6-2, 6-4. Sunnie Harmon fell in the flight six final to Furman’s Caroline Bentley, 6-3, 6-2.

The Tigers will travel to Nashville, TN to compete in the Vanderbilt Invitational on Oct. 18-20.