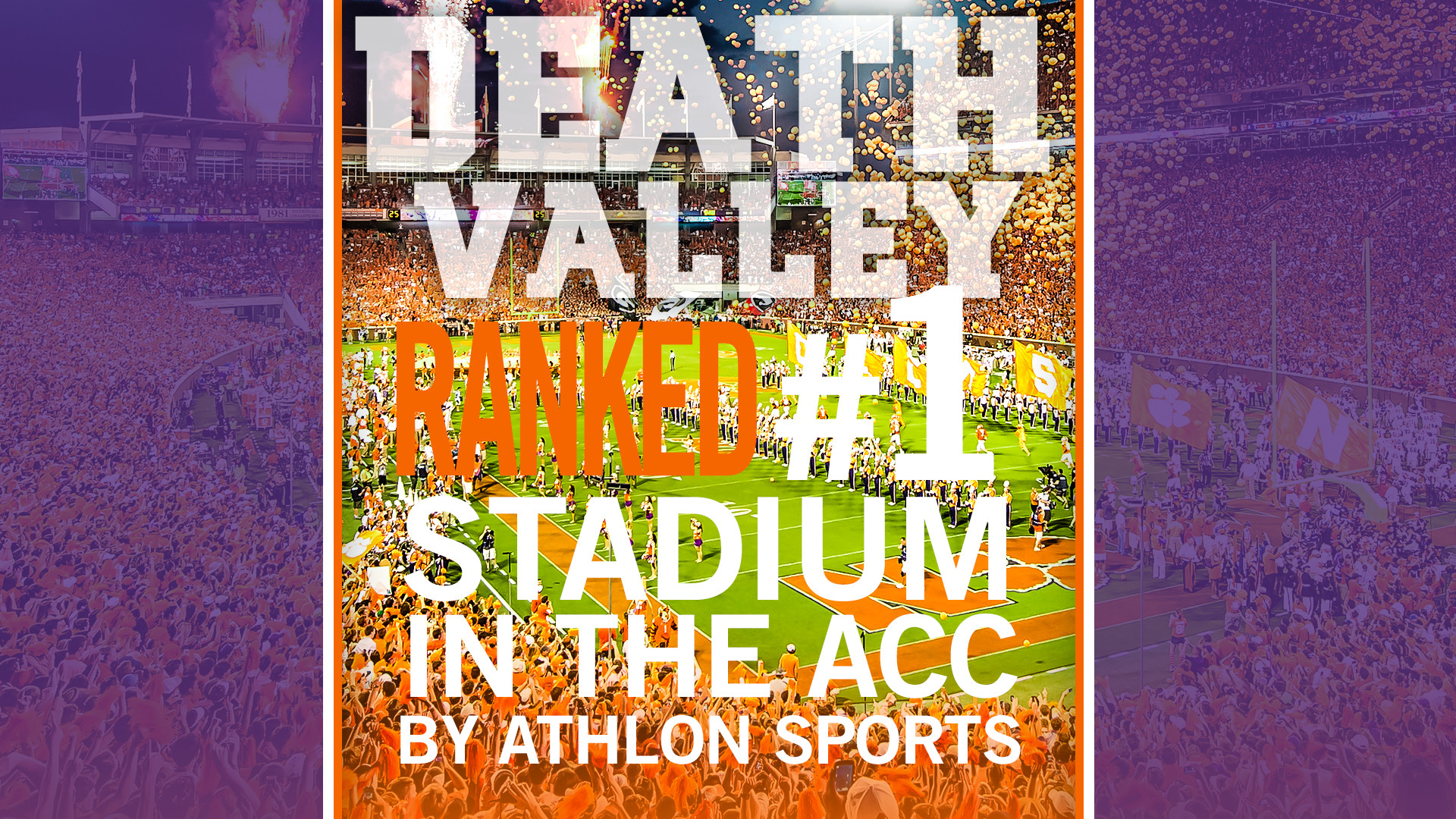 CLEMSON, S.C. – Clemson’s Memorial Stadium has been ranked as the number-one college football stadium in the ACC by Athlon Sports. The publication solicited a ranking from 12 beat media members from ACC schools and Clemson received nine of the 12 first-place votes to win the poll by a large margin. Earlier this summer, the same publication announced its rating of the top 25 college football stadiums in the nation and Clemson placed number-seven nationally. Memorial Stadium, known as “Death Valley” since the late 1940s when Presbyterian Coach Lonnie McMillan coined the term, was first opened on September 19, 1942. The Tigers have a record of 276-101-7 in 72 years in the facility. Clemson has been especially successful in the facility since Dabo Swinney became the head coach in 2008. His Clemson teams are 32-6 in Memorial Stadium, including 19-2 over the last three years. The stadium is known for its hill at the East end of the stadium. The Clemson team enters before home games by running down the hill, a tradition that dates to 1942 when it was the easiest way to get to the floor of the stadium from the team’s locker room in nearby Fike Fieldhouse. In 1966, Howard’s Rock was added at the top of the hill. Named after former Clemson Head Coach Frank Howard, the team individually rubs Howard’s Rock as it starts its descent to the floor of the stadium. In 1985, while speaking with then Clemson Sports Information Director Bob Bradley the day before the Clemson vs. Georgia game, legendary broadcaster Brent Musburger told Bradley with a smile, “It is the most exciting 25 seconds in college football.” Bradley ran with the quote and it has contributed to the stadium’s legend. In 2013, Musburger was back at Clemson to broadcast the Clemson vs. Georgia game and he spoke to the crowd over the public address system as the team made its entrance.