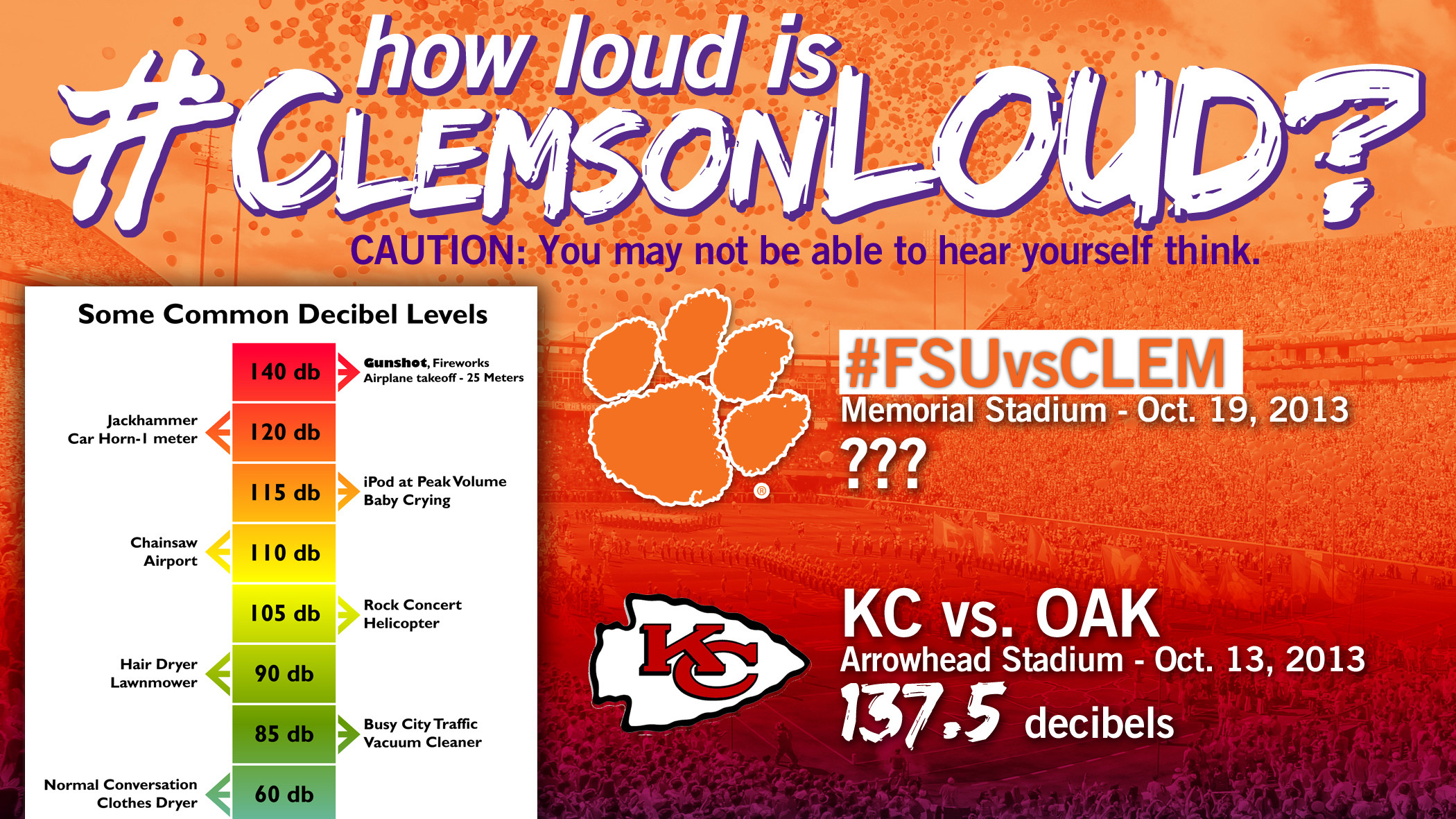 CLEMSON, SC – One of the most anticipated games in school history has the potential to be record breaking. Clemson athletics announced Tuesday it will attempt to break the Guinness World Record for Loudest Crowd Roar at a Sports Stadium during Saturday’s top-5 football clash against Florida State.

The current Guinness World Record of 137.5 decibels was set just last week at Arrowhead Stadium in Kansas City. Athletic officials say the goal is to set the record on the first defensive snap of the night.

“We have seen numbers approaching the World Record previously, but with the magnitude of this game, the size of the crowd and the passion of Clemson fans, there’s little doubt we will be able to set a new record,” director of athletic marketing Mike Money said.

Prior to Kansas City claiming the title last weekend, fans at CenturyLink Field in Seattle registered a 136.6 on Sept. 15, 2013.